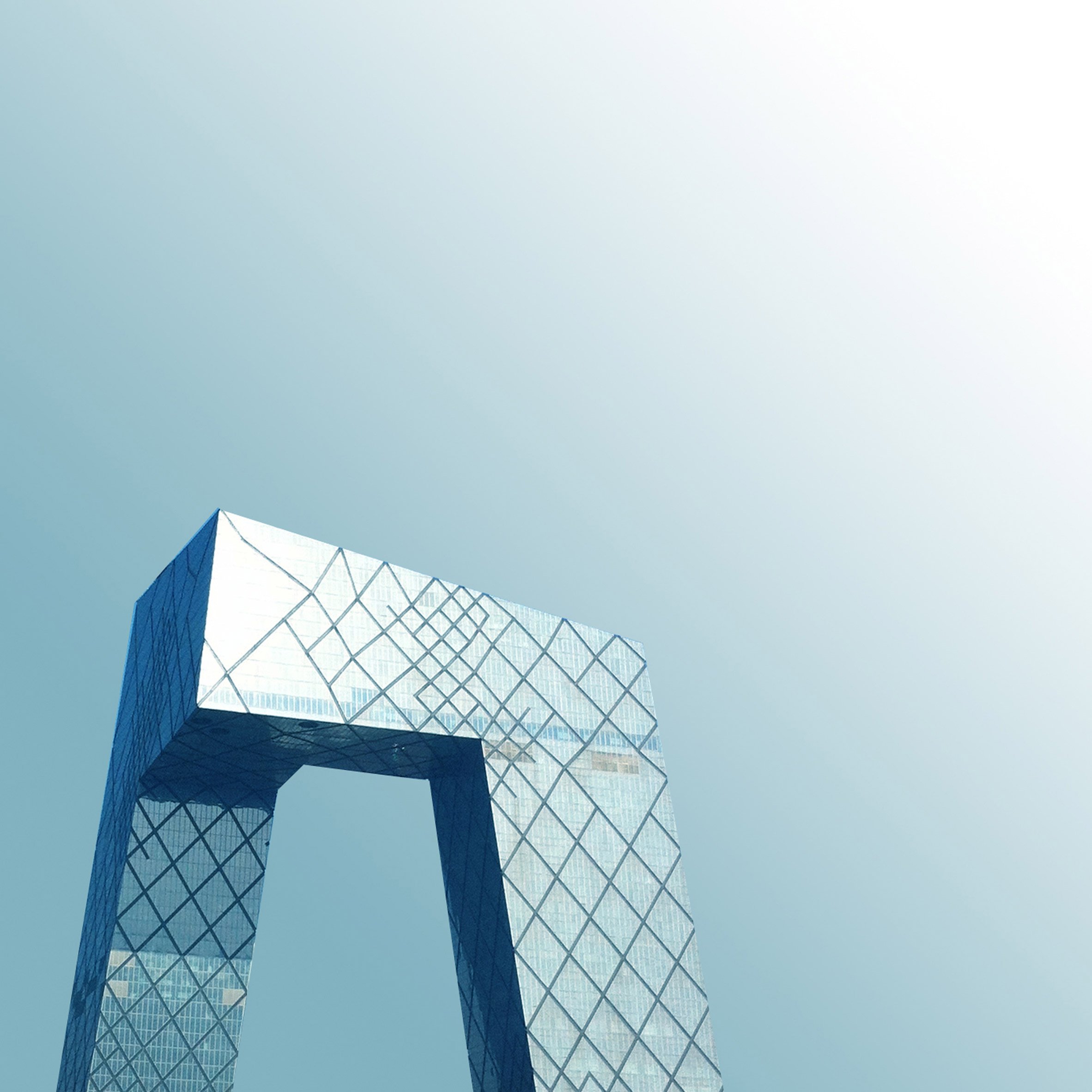 Architect Kris Provoost, who lives and works in Shanghai, spent seven years creating The Beautified China photoset. In it he captures some of the more unusual projects created by world-renowned architecture practices during the country’s recent construction boom.

The series, which focuses on the buildings’ details rather than context, includes Zaha Hadid Architect’s complex for real-estate developer Soho China, completed in 2014, and Herzog & de Meuron’s National Stadium.

Better known as the Bird’s Nest, the stadium opened in 2008 and hosted track and field events as well as the opening and closing ceremonies of the Beijing Olympic Games.

The Belgian architect also included Rem Koolhaas’ CCTV headquarters in Beijing, which opened in 2012, and famously sparked president Xi Jinping to call for an end to “weird architecture” in the country.

The OMA founder defended his project – which has garnered the nickname “big pants” – and told Dezeen that the building played an important role in “conceptualising, liberating and realising structure that did not exist in China before”.

“Having lived and worked close by for many years, it has amazed me every time I looked at it. There has never been a moment of lost interest,” he added.

“I will never forgot riding on the expressway at golden hour, and seeing the sun rays peak through the large opening. There is no building that can play better with sun rays than the CCTV headquarters.”

But Provoost said the series also marks a change in the architectural style in the country, with architects moving away from these bold, landmark designs towards proposals more focused on context.

“The photo series marks the end of a very flamboyant architectural high point of the architectural scene in China,” he said. “Since 2016 or 2017 there is a visible shift, sort of away from this iconic architecture into a more ‘context-aware’ kind of architecture.”

He cites Zaha Hadid Architects’ 46-storey Leeza Soho Tower, which will feature the world’s tallest atrium, as an example of a more “rational” approach.

“In my opinion, the change in architectural style has to do with maturity. There was a time of exploration on a very large scale. And with this exploring came a sense of awareness that was not present at the beginning, or had at least less importance at that time,” said Provoost.

“There came a realisation that cities can not expand indefinitely. With this realisation came the notion to look back at its city centres. Is this flamboyant architecture still necessary?” he added.

“There is however still a clear race vertically but nowadays there is a noticeable difference in the perception of conservation instead of complete replacement.”

The “newest kid on the block” in the series is the Bund International Finance Center – Theater by Foster + Partners and Thomas Heatherwick, which was completed last year.

Other projects include Zaha Hadid Architects’ International Youth Centre in Nanjing – a vast cultural complex made up of two glazed skyscrapers that morph out of a perforated concrete base.