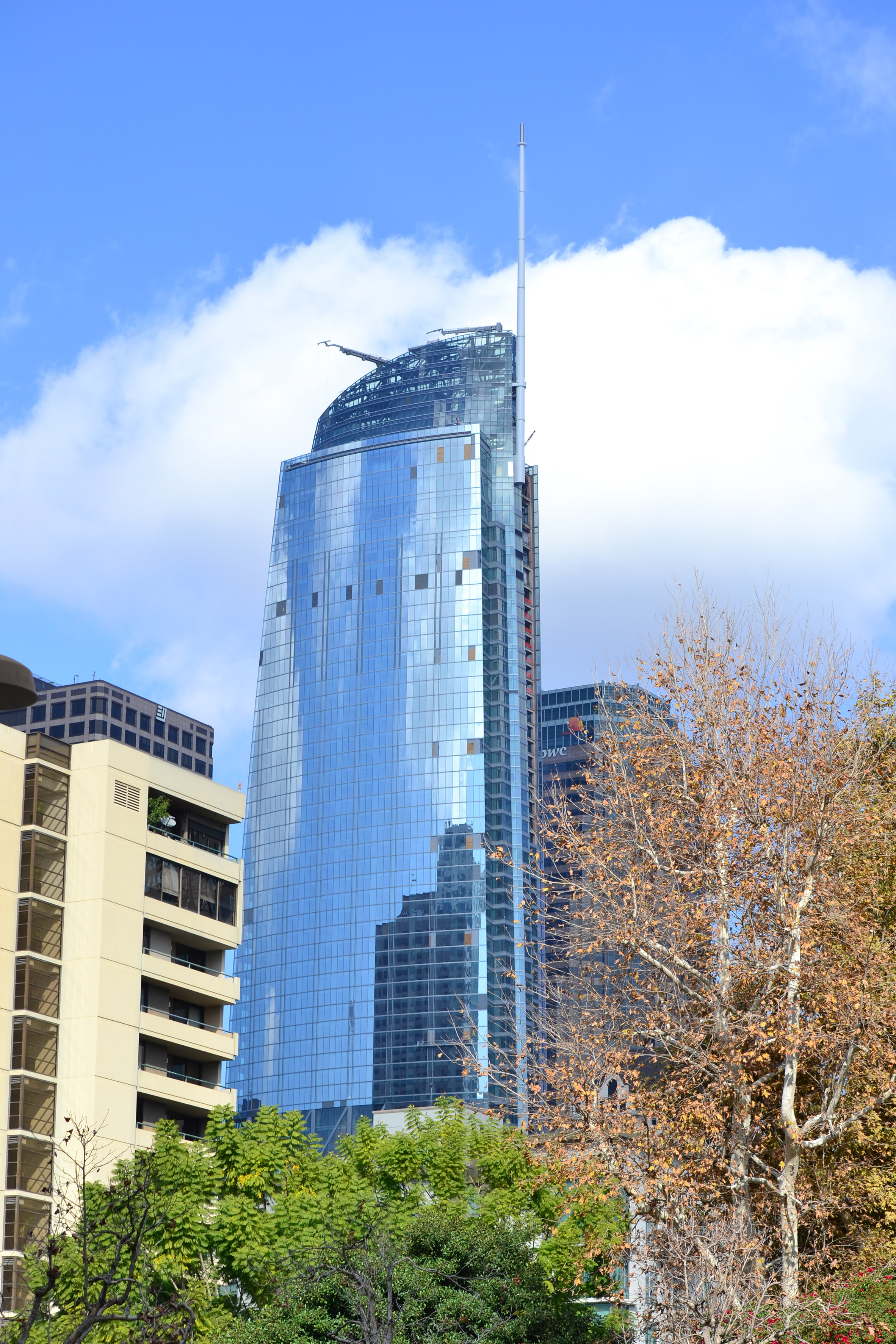 The glass-clad skyscraper designed by local firm AC Martin is topped with a spire that takes its height to 1,099 feet (335 metres), overtaking the US Bank Tower by more than 80 feet (24 metres).

Located at 900 Wilshire Boulevard, on the edge of the Downtown cluster of skyscrapers, its 73 storeys include retail and office spaces, and an InterContinental hotel.

The 889-room hotel offers restaurants, bars, an open-air observation deck and a rooftop pool. Above, a sail-like glass crown is illuminated with programmable LEDs, which continue down its spine.

Construction on the project cost an estimated $1.2 billion (£940 million), and began in 2014. It was recognised as the city’s tallest building in September 2016.

The US Bank Tower, which held the title since completing in 1989, recently opened a viewing deck and was fitted with an external glass slide 1,000 feet up.

Glass Skyslide opens at the top of LA’s tallest skyscraper

A visualisation released earlier this year shows how LA’s skyline is set to rise between now and 2030.

America’s West Coast still has a way to go to catch up with the height of East Coast towers. The country’s height record holder, One World Trade Center in New York, soars to 1,776 feet (541 metres) – but is still only the world’s fourth tallest.