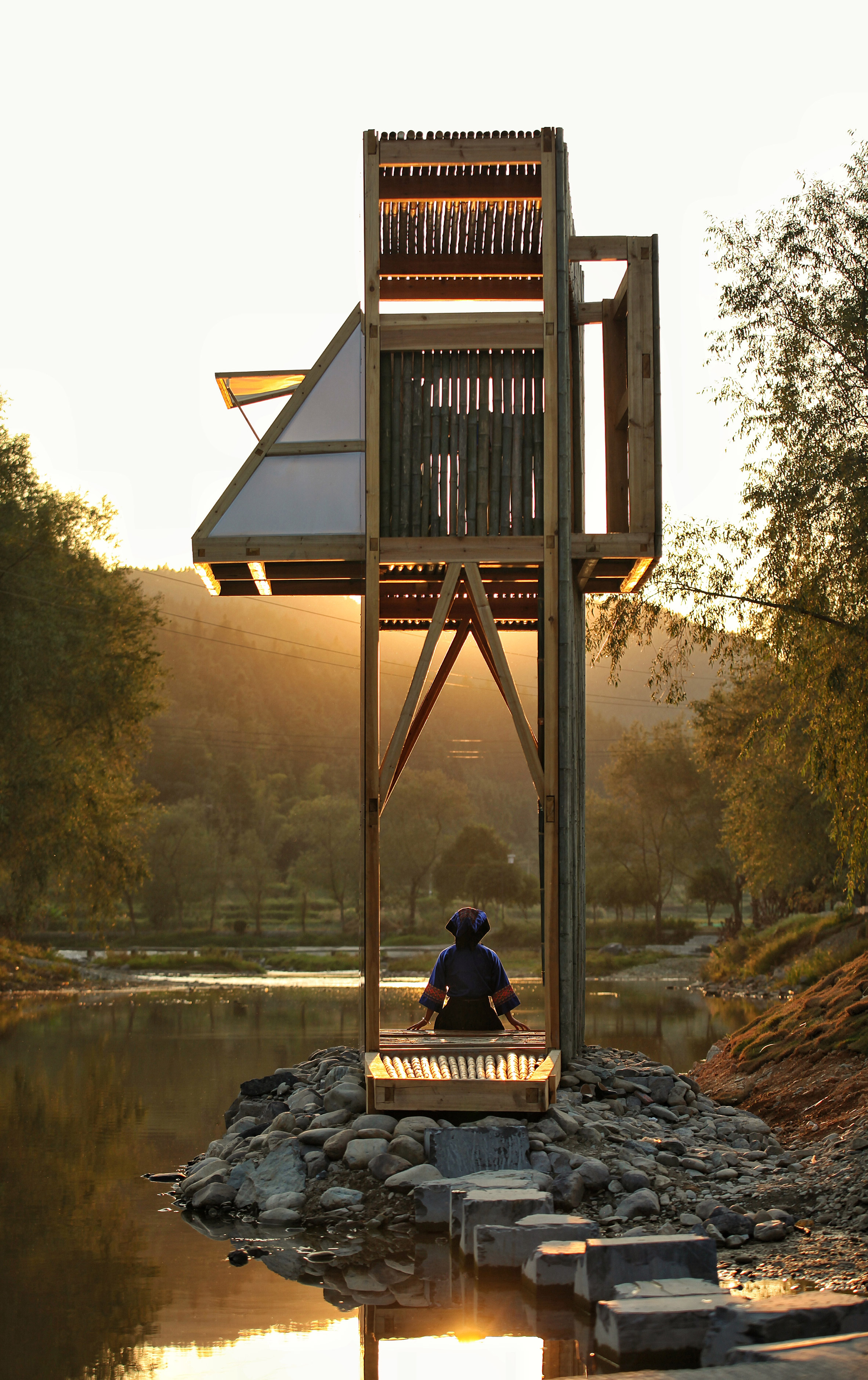 Architect Li Hao has clad this bamboo and wood pavilion in mirrored glass to reflect the historic town in southern China that it faces.

Beijing-based Li Hao designed and built the pavilion for a spot on the north bank of the Longxi River that runs past the old town of Longli in southeast Guizhouthe.

The wall facing the town mimics the line of the river and the northern facade parallels the axis of Longli town, creating a triangular shape that narrows eastward.

An old stone bridge crossing the water leads from the town to the two-storey structure, which is named Mirrored Sight after the translucent mirrored-glass panels that clad the side facing the town. The other side faces mountains and is clad in locally sourced bamboo.

Hao wanted to address the isolation of the Longli community caused by an invasion of Ming military over 600 years ago that separated it from neighbouring towns, and so designed the two-storey structure as a place of relaxation for just one person.

“There are thousands of residents in Longli and the shelter is just for one person to reside,” said the architect.

“The town is for daily life and the shelter creates unusual experience for people – in the town of Longli, they belong to a big group, however here in the shelter individual is better appreciated.”

The space at ground level is designed as a spot for relaxation overlooking the river, while the platform above offers views towards the surrounding mountains.

This includes a triangular pocket on its town facing side, which is covered in white sheet material and features a flap that can be opened to improve views. A rectangular bamboo volume with open sides extends from the other facade.

Bamboo has become increasingly popular in Chinese architecture as a cheap and sustainable building material.

Other temporary structures made of bamboo include a playhouse built on a lake island in Kuala Lumpur’s botanical gardens and an events pavilion in Hong Kong that showcases digital fabrication.

Photography is by Kang Wei.