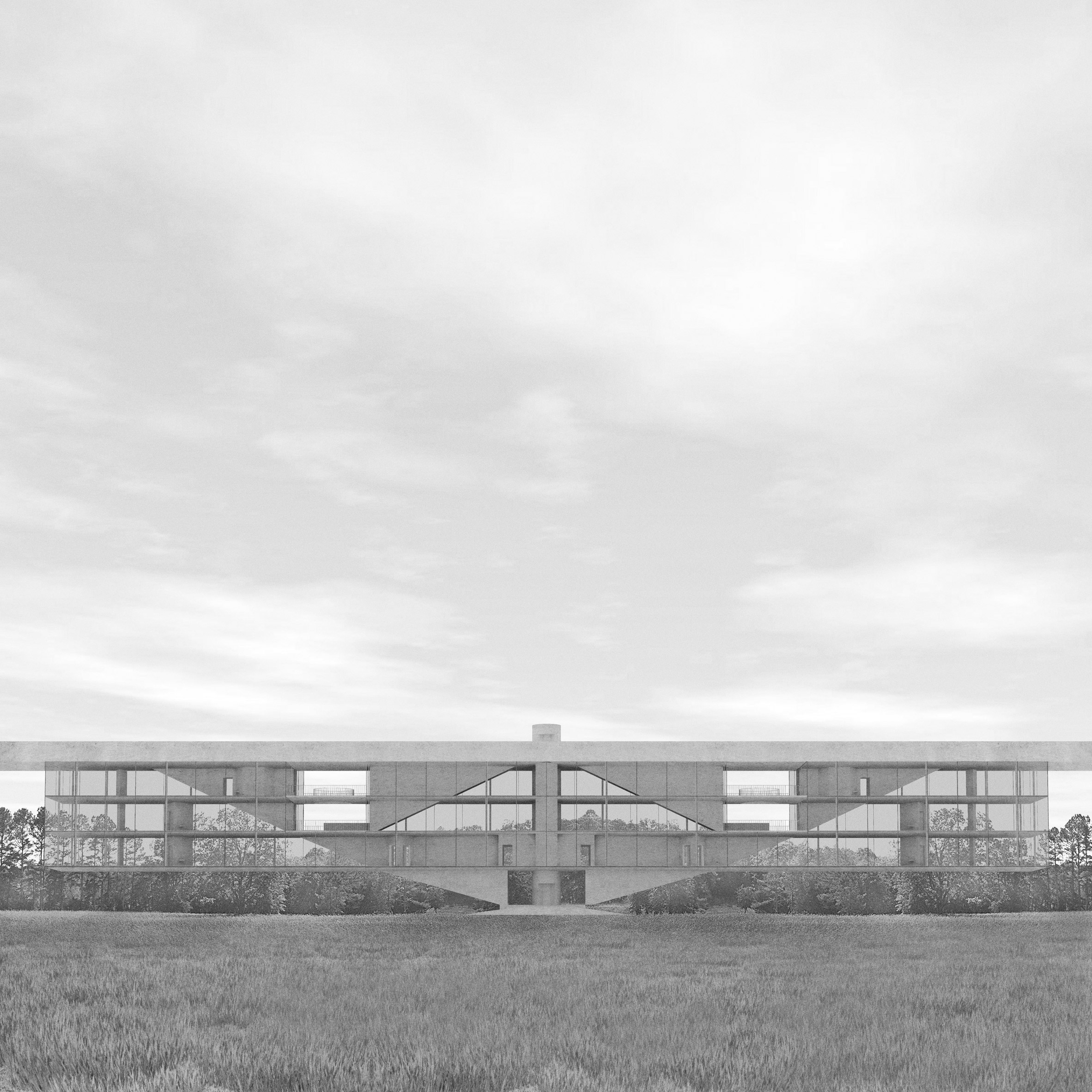 Royal College of Art architecture graduate Llywelyn James has proposed a series of elevated residential blocks for an undeveloped brownfield land near Thamesmead in London to aid the city’s housing crisis.

James’s 30,000 2020 project tackles the shortage of affordable housing in the capital with a concept for housing on a brownfield site in Thamesmead, a suburb south of the River Thames.

As former industrial sites, brownfield areas often left contaminated with toxic waste, which makes them unsafe and expensive to build on. But James noticed that the Thamesmead site is planted with lots of trees, and so suggested a housing design that, like the greenery, features minimal excavation.

His scheme features a series of 100-metre-long structures that only touch the ground at a single central core.

“The site is toxic only if excavated under current house construction methods,” James told Dezeen.

“By minimising the area excavated to one point, the toxicity becomes less of a concern and frees up more brownfield site for the immediate demands of housing in London,” he continued.

Long flat roofs cantilever at either end of the central cores and the floor slabs are then suspended underneath the roof by steel cables, freeing up the internal plan to create adaptable layouts and a “light and airy feel”.

The central cores are intended to host the lifts, while the staircases extend in opposing diagonals, forming a triangular outline seen through the facades.

“By combining the circulation and the secondary structure together, this allows the floor plans to be completely free of structure and thus allowing users to define the floor area as they require,” said James.

He said his design is intended to “challenge the orthodoxy of the production of dwellings” to provide an alternative way to build large amounts of affordable homes.

“This is an experiment that is trying to address the problem head-on with a singular vision, and to take in the increasing population in London in such a way that can accommodate different forms of life in the 21st century,” he added.

“The projects asks: what are the possibilities for creating a dwelling system that has high replicability and a systematic approach, but can break away from bland repetition in order to adapt to ever more diverse living patterns?”

Renderings in grey-scale also show walls made up of large expanses of glazing that bring in plenty of daylight and offer views across the surrounding fields.

Other features include a pair of large circular rooflights. Along with the central core, these segment the structures into thirds with the flats set between.

Dezeen produced a captioned movie of the project, which James said can also be adapted for a variety of difficult terrains to solve London’s housing crisis.

This year, RCA architecture graduate Eda Kutluozen also focused on disused sites across London to offer an affordable housing solution for the city.

Other RCA graduate projects this year include a pedal-powered, vertical transportation system that allows city dwellers to cycle up buildings, and low-cost cantilevered homes for London’s undeveloped brownfield sites to combat housing crisis.