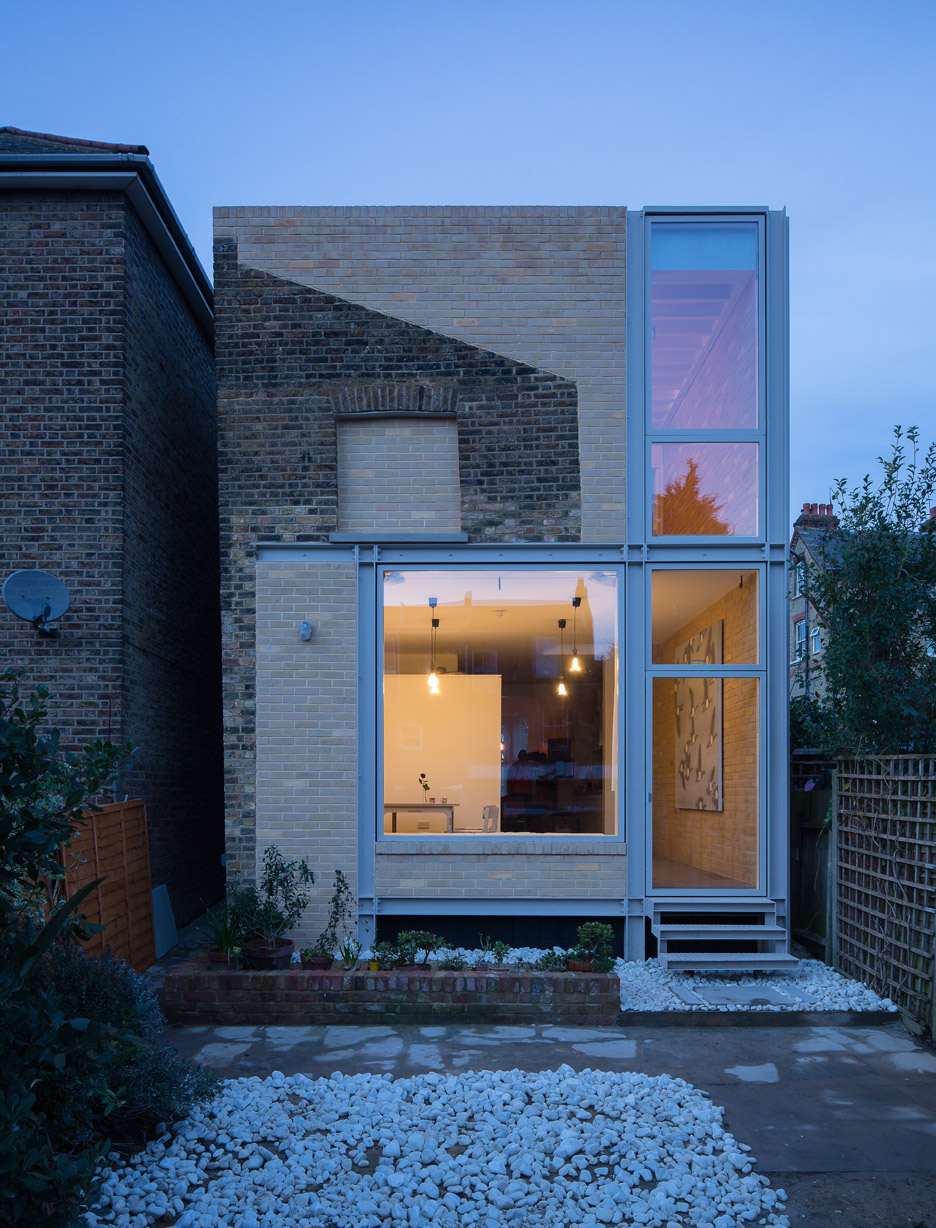 Designed by Tsuruta Architects to reveal “memories of place and construction”, House of Trace is a two-storey addition to a Victorian property in south London. It was named winner of Don’t Move, Improve 2016! this evening.

Judges praised the project for “exhibiting a true understanding of the building’s individual history whilst also creating a beautiful new series of spaces for the owners”.

They also said its innovative use of materials “demonstrates how design on a budget can look luxurious, and how a considered use of space and light can make the heart race, even in a domestic interior”.

Now in its sixth year, Don’t Move, Improve! is organised by New London Architecture (NLA) – an independent forum dedicated to new architecture in the capital – in association with Dezeen, Heal’s and the RIBA.

Second place was awarded to Sanderson House by David Kohn Architects – a playful extension featuring a red brick exterior thought to look like a fox and a multi-hued interior that references Adolf Loos’ Modernist houses of the 1920s.

The third place winner was Shepherd’s Bush Extension by Studio 30 Architects, a project featuring large and continuously folding doors and windows that open the living space out to the garden.

Dezeen’s architecture editor Amy Frearson and RIBA London Director Tamsie Thomson were among the judges, who were chaired by NLA director Peter Murray.

“The standard of Don’t Move Improve continues to rise each year,” commented Murray.

“Architects and clients are meeting the challenges presented by London’s heritage with stylish and complementary designs,” he added. “Land is London’s most valuable resource and we must use it efficiently; modification through innovative design can deliver better and more sustainable living space.”

A series of special prizes were also handed out in recognition of different achievements.

Platform 5 Architects won Best Interior with Facet House, a project that exploits the Herringbone pattern of an oak parquet floor, while Best Use of Materials was awarded to The Gables by Patalab Architecure, which combines a multilevel concrete floor with an oak staircase.

The prize for Best Historic Intervention was scooped by Fitzrovia House, a project by West Architecture that involved inserting a new residence behind the Georgian facade of a bomb-damaged west-London house.

The Most Cost Effective award was split between three projects: College Road by Russian For Fish, Extension One by Denizen Works and Nook House by Mustard Architects – proving that budget doesn’t always have to restrict ambition.

The competition, sponsored by Axor Hansgrohe and Schueco, was open to any home extension or improvement project completed within the last two years in one of London’s 33 boroughs.

All 84 longlisted projects will go on show in NLA’s galleries at The Building Centre until March 2016. Londoners wanting to extend their homes will also be able to attend free one-to-one advice sessions with shortlisted architects on Saturday 27 February.

Last year winners were announced in two categories. First place in the home extension category went to a timber-framed extension to a 1960s terraced house in Gospel Oak by Maccreanor Lavington, while the interior design category was topped by a Bloomsbury residence featuring glass walls and simple furnishings.