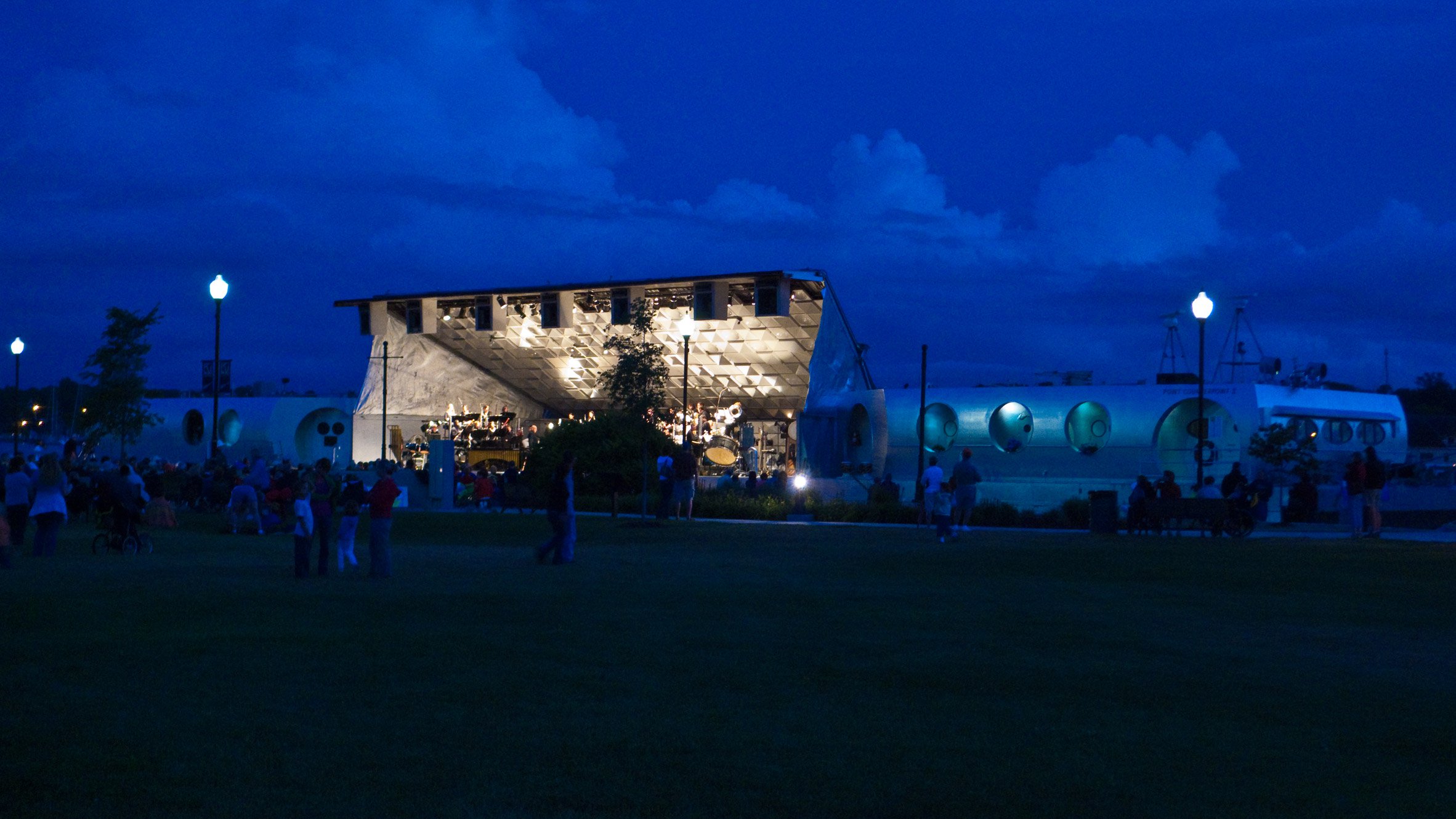 A stainless steel barge that American architect Louis Kahn designed to host orchestral concerts will be scrapped at a Louisiana shipyard, unless it finds a new owner by the end of the month.

Kahn designed the Point Counterpoint II for his friend and conductor Robert Austin Boudreau, and the Pennsylvania-based American Symphony Orchestra, who use the boat to travel America’s waterways during the summer months.

However, this year may be its last summer tour, as 90-year-old Boudreau is unable to maintain the vessel’s upkeep. Following a long and unsuccessful search for a new owner for the boat, which had its first farewell tour in 1997, plans are now being made for its deconstruction.

Kahn is revered as one the greatest architects of the 20th century. Earlier this month, restoration completed on the worn teak windows of his famous Salk Institute in California.

Despite being one of Kahn’s lesser-known projects, the boat bears a striking design. Open-air concerts take place on its central stage, which is topped by a hydraulic roof that opens up like a clam for performances and closes for travelling.

Two stainless steel cabins punctured with circular openings flank the central stage, housing space for 13 crew members and staff, and living accommodation for the Boudreau’s, and an art gallery below deck.

It also bears historical significance. The vessel was constructed in 1976, the year of the US bicentennial, and hosted events to mark the celebration.

There is still time to save the boat before it goes to a scrapyard in Louisiana.

American-French cellist Yo-Yo Ma, who is also a friend of Boudreau, has made a call for its rescue, describing it as a “vibrant ambassador for… national unity” despite lacking “the solidity and repose” of Kahn’s more famous buildings.

“Anchoring in large cities and small towns, in busy shipping lanes and at public parks, the barge opens like a clamshell to reveal a glittering concert stage,” he wrote in a letter published by The New York Review of Books.

“It sails as a powerful, living testament to American creativity and to the elemental role that culture plays in human life,” he continued.

Kahn, who died aged 73 in 1974, never lived to see the boat complete. He developed a monumental and monolithic architectural style during his career in Pennsylvania, which became an influential force in the 20th century.

The late architect came 201st in the inaugural Dezeen Hot List ranking, following the major renovation of his building at Yale, which reopened last year.

His other notable projects include the Kimbell Art Museum, which Renzo Piano extended in 2013, and the Four Freedoms Park in New York, which opened to the public in 2013 – 40 years it was designed.