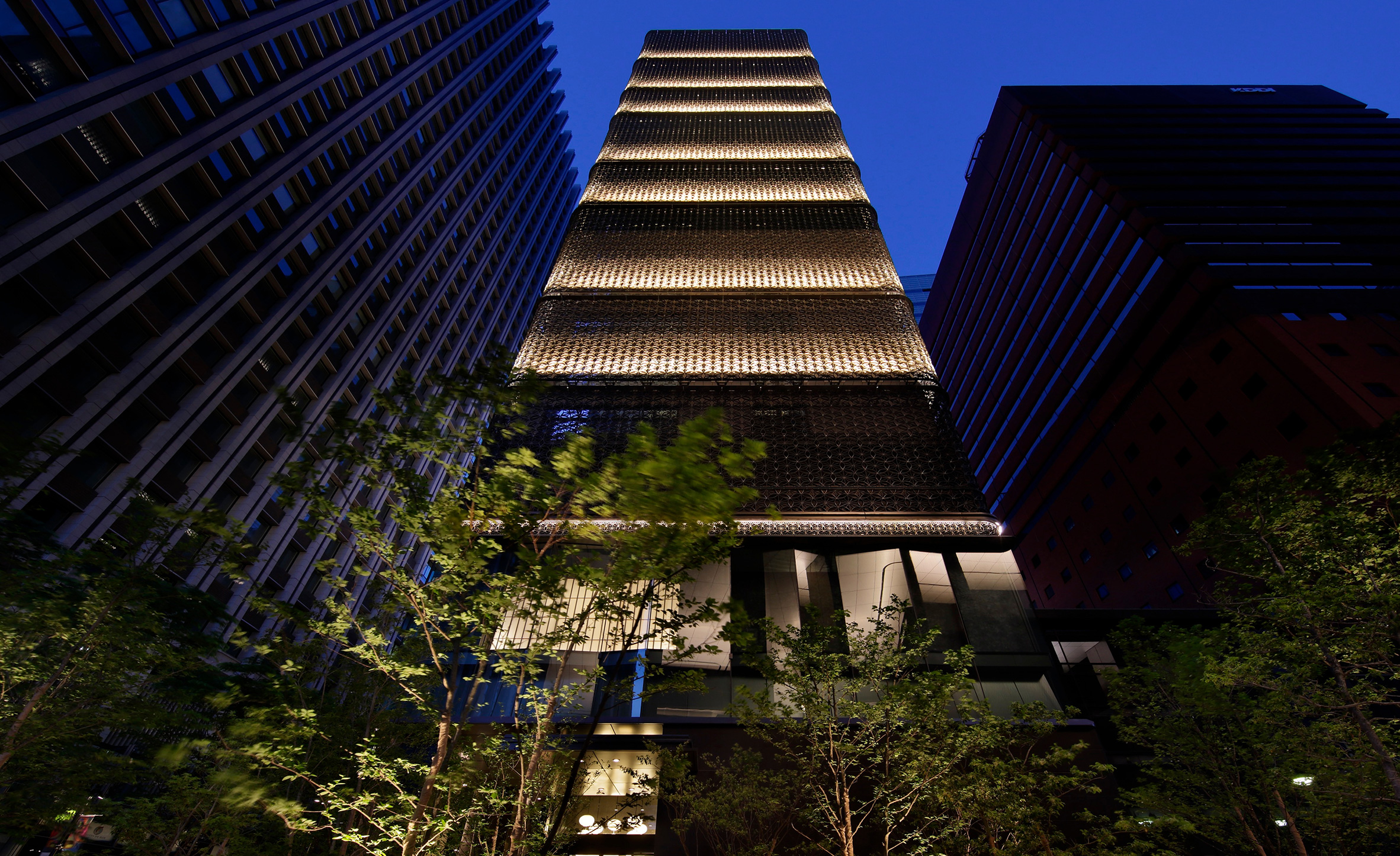 High-end hotels and resorts are moving away from “gold, marble and chandeliers” to instead offer guests unique experiences, say AHEAD Asia jury members in this movie Dezeen produced for the hospitality awards scheme.

The AHEAD Asia awards 2017, which took place earlier this month at the Capitol Theatre in Singapore, celebrated the best in hospitality design and architecture across the continent.

One of the big winners of the night was Azuma Architects’ Hoshinoya, a new 17-storey hotel in Tokyo, which won the Urban Hotel category, as well as Best New Concept of the Year and the Asia Hotel Design of the Year award.

The hotel offers guests a modern take on the Japanese ryokan, a traditional type of rural inn.

“A ryokan is traditionally a rural retreat and I think it’s a very bold step to bring it into an urban environment and really embrace the spirit of the ryokan in fundamentally a high-rise building,” says designer and judge André Fu in the film.

“As a whole, it communicates a different level of hospitality experience that hasn’t really been done before.”

Fellow judge Guy Heywood, chief operating officer at Alila Hotels and Resorts, believes projects such as Hoshinoya mark a change in what high-end hotels are looking to offer guests.

“Luxury used to be about gold, marble and chandeliers, big lobbies and glitzy hotels,” he says. “I think now it’s about the experience. It’s about the destination. It’s about what am I as a guest getting out of this from an educational point of view and an emotive point of view.”

Another project that demonstrated this sea-change in the industry is the Keemala hotel by Stone Design in Phuket, Thailand, which won the Landscaping & Outdoor Spaces category.

The hotel offers guests the chance to stay in a series of elevated pods in the jungle canopy.

“They have built hotel pods above the ground and they’ve got different types of accommodation to signify stages of the evolution and the discovery of Phuket,” explains Heywood.

Other notable winners include the Four Seasons spa in Seoul, which won the Lobby and Public Spaces, and the Spa and Wellness categories, and the Katamama hotel in Bali, which won the Bar, Club or Lounge category for reinventing the traditional lobby bar as a place for training mixologists.

Singapore-based Australian architect Kerry Hill picked up the Outstanding Contribution Award for his numerous resorts and hotels across Asia, while Ministry of Design collected the Visual Identity of the Year award for COO, a new boutique hostel concept aimed at millennial travellers.

“I believe we’re witnessing quite a transformation in the hospitality segment,” says Myles.

“I use the word hospitality rather than hotels because it’s all-pervading. Barriers are being blurred and we now view hotels as hospitality experiences.”

This movie was produced by Dezeen for AHEAD. It was filmed at COO boutique hostel and bistro and Capitol Theatre in Singapore. All images used in the movie and this story are courtesy of AHEAD.