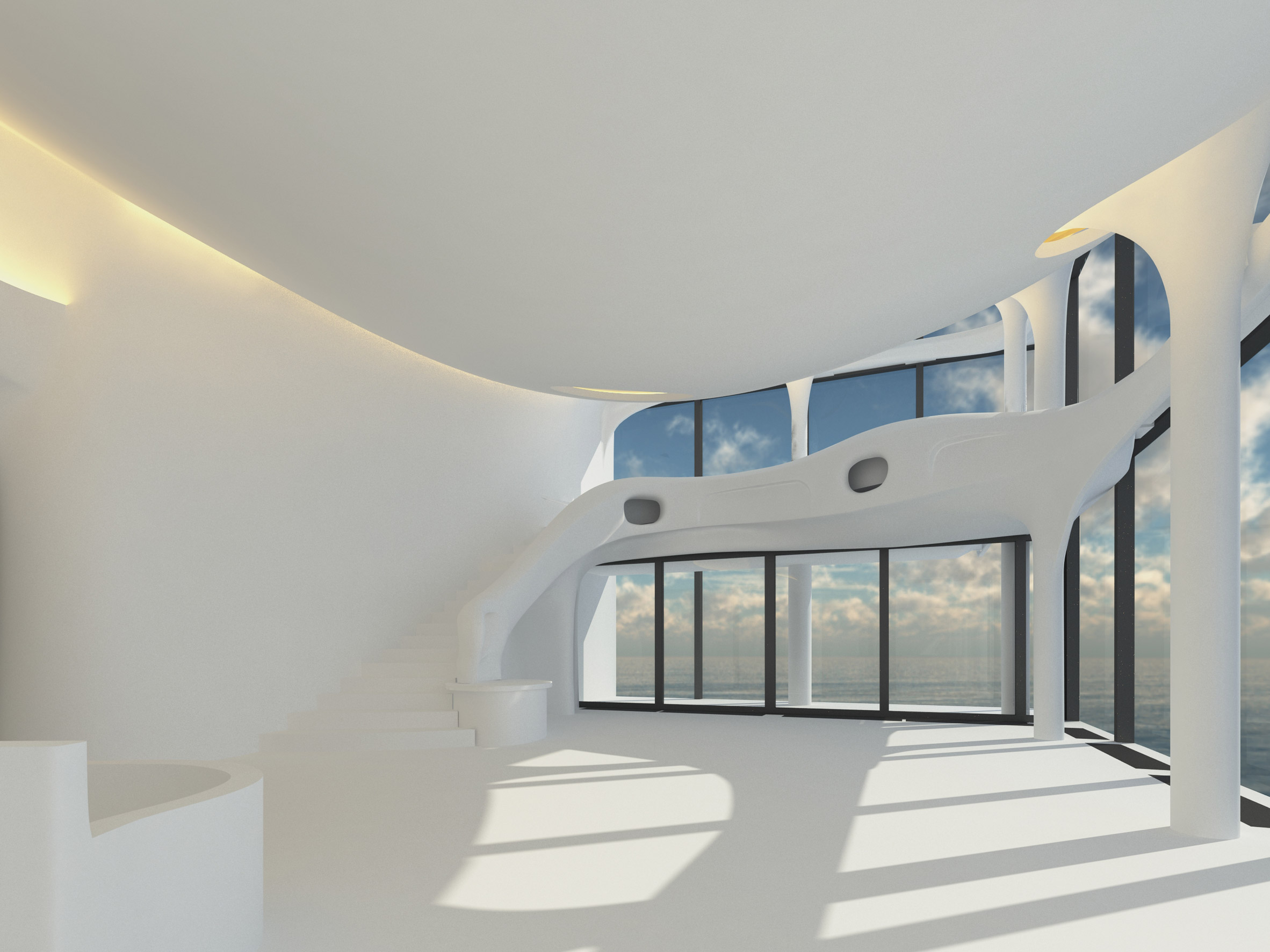 A penthouse apartment is being built inside Herzog & de Meuron‘s recently completed philharmonic hall in Hamburg, at a cost of £6.9 million for an anonymous client.

The two-storey penthouse apartment will be located on the 24th and 25th floors of the Elbphilharmonie, where floor-to-ceiling glazing below the building’s scalloped roofline will give views along the Elbe River.

Munich office Brückner Architekten is working with yacht fabricators Schotten & Hansen and Elbphilharmonie interior architect Irena Richter on the project, which will use entirely prefabricated components.

Swiss firm Herzog & de Meuron took almost a decade to convert Werner Kallmorgen’s 1960s warehouse into the scallop-roofed concert hall, so this decision to prefabricate the apartment was taken in part to avoid turning the building back into a construction site so close to its official opening.

“The particular challenge for the builders of this project was to plan the construction so that it would not compromise the completion of the Elbphilharmonie in this final phase of building,” said the team.

“For this reason only a system of prefabricated elements could be considered for the completion of the penthouse.”

CNC milling machines and robots will be used to accurately cut the apartment’s 1,000 individual components from lightweight aerated concrete and plasterboard.

This mode of production – more commonly used in product and car design but increasingly seen in architecture – was also selected to save on costs and time, and minimise material waste.

With no external hoist for larger components, each of the prefabricated parts will need to be compact enough to be transported to the upper floors using just an elevator.

The components will be mounted over a wooden framework to create tapering columns, irregularly arched openings and curving walls that lend the rooms a “cave-like” appearance. The whole space will be covered in a layer of fine-grain plaster to create homogenous surfaces.

“The high-tech method of thorough planning and manufacturing on the basis of spatial 3D computer models is already commonplace in machine and automotive building but in other production sectors, such as in the building industry, it still remains in its infancy,” said the team.

“Nonetheless computer planning has decisive advantages because all the craftspeople and planners involved use the same data.”

The team created a millimetre-exact computerised model of the space to help plan the apartment’s substructure and overlay components. They then built a scale model in the factory to detect and solve any issues ahead of the final installation inside the Elbphilharmonie.

“The instinctive cocooning of childhood for which there is no place in our optimised, pragmatic world, is once more realised through the modern abstract form of this apartment,” said the team.

“But it is only possible thanks to the highly modern computer-controlled prefabricated construction that allows building to this standard of perfection, under the most difficult local conditions and an extremely short space of time.”

Benches, counters and a sleeping gallery that will “grow sculpturally” from the walls are placed to make the best of the views, from its perch 110 metres above the harbour.

At £30,000 pounds per square metre, the 230-square-metre apartment is set to be one of the most expensive in the city.

“With an exclusive interior design that follows very specific plans from the anonymous buyer, the development and execution of planning and procedure cannot be calculated at this point in time,” said the team.

“This apartment is on its way to becoming one of the most expensive and exclusive apartments in Germany.”