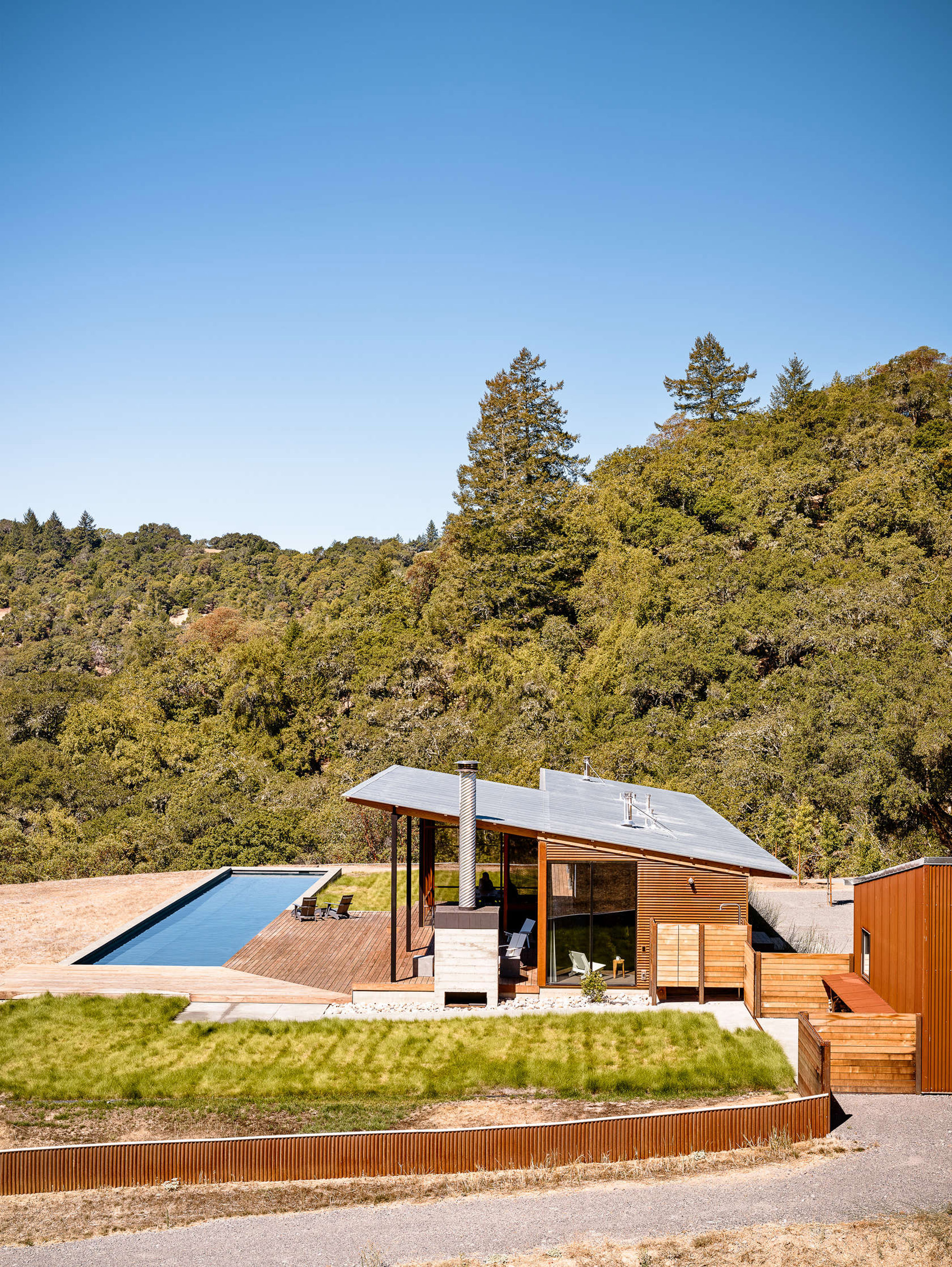 Called Camp Baird, the dwelling is located in Healdsburg, a small town in a popular Northern California wine region known as Sonoma Valley.

It sits on a 165-acre (67 hectares) property in a coastal valley dotted with oak and bay trees.

The cabin is a 20-minute drive from a paved road. “The compound is completely off the grid – even cellular service is spotty,” said Malcolm Davis Architecture, a San Francisco studio known for creating architecture in a Northern California Regionalist style.

The clients – a couple with active children – wanted a holiday home that would serve as a strong counterpoint to their primary residence in the city.

“The idea was to enclose the structure as little as possible to maintain the sense of a camp, a building completely focused on the outdoors,” the architect said.

“The client’s original inspiration images included tents pitched on a deck and a possible prefabricated structure.”

In response, the architect conceived an L-shaped compound that consists of two detached volumes.

One serves as a “car barn” and equipment shed, while the other contains the living and sleeping quarters.

Inside the main volume, the architect created three enclosed areas that serve a multitude of functions.

“These spaces can be used for any variety of activities: sleeping, gathering, lounging, yoga or playing games,” the studio explained.

A patio stretches along the southern elevation and overlooks a swimming pool. The cooking and dining areas were placed within a screened-in portion of the porch.

The interior features simple furnishings, and walls and ceilings sheathed in plywood.

The architect emphasised that the dwelling is meant to feel like a camp rather than a conventional home.

“The house is about the kids coming to play and being out in the country,” the firm said.

Other projects by Malcolm Davis include the Meadow House, which consists of angled volumes clad in redwood and punctured with large windows offering ocean views.

Photography is by Joe Fletcher.