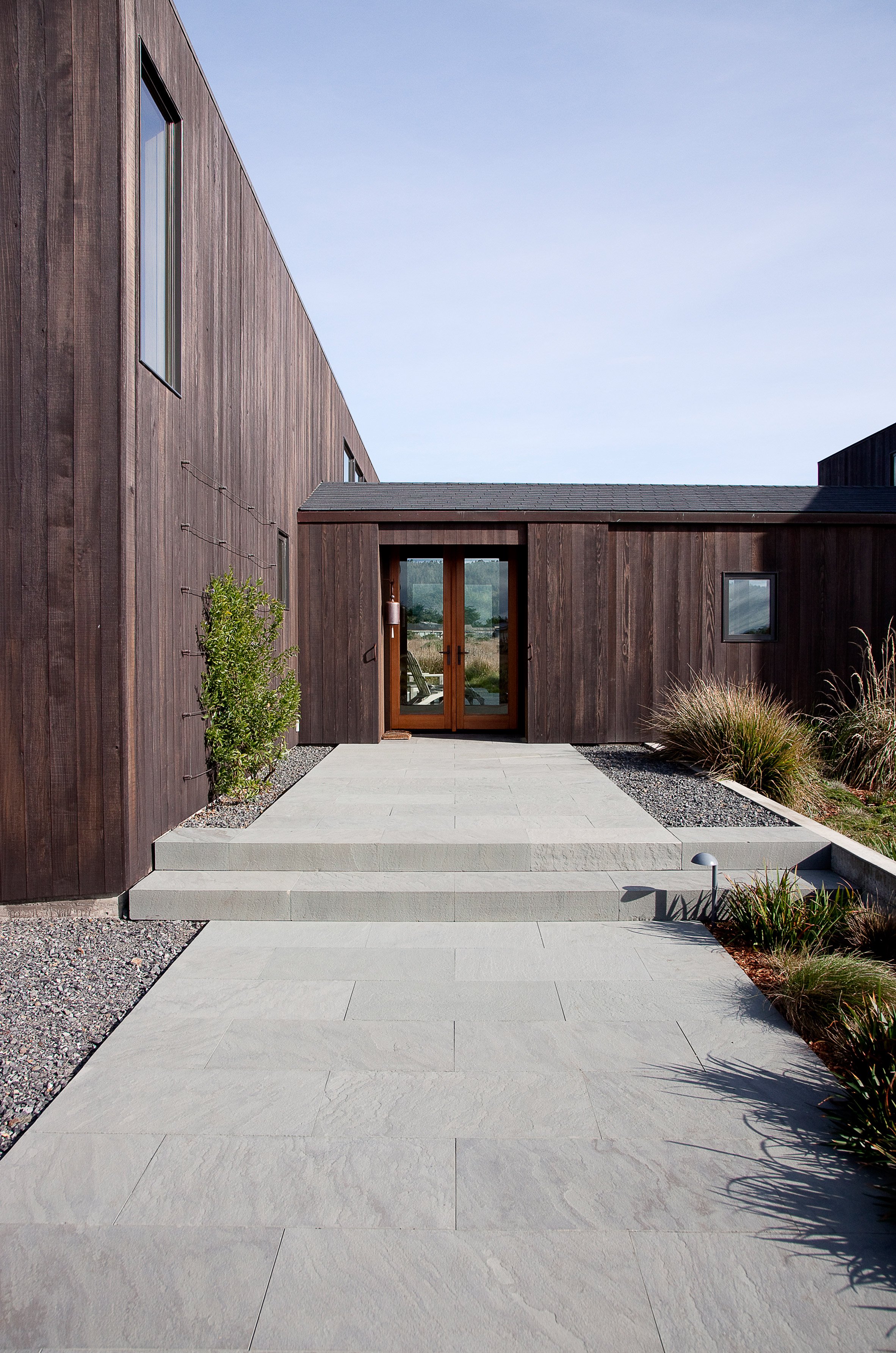 The Meadow House is situated at Sea Ranch, a planned community in California‘s Sonoma County first set up in 1965.

A popular vacation spot, the coastal village is located about 160 kilometres north of San Francisco and was recently selected as one of 10 modernist architectural marvels on America’s West Coast.

A well-traveled couple commissioned the house, seeking a “counterpoint” to their small apartment in the city.

The home needed to accommodate their books and collection of artefacts from around the world.

“Sited on a highly exposed ocean meadow lot, the challenge was to provide privacy and sheltered outdoor space, while maximising the sense of openness and capturing the southerly views,” said Malcolm Davis Architecture, a San Francisco-based studio.

The home consists of two angular volumes connected by a bar, all of which surround a courtyard.

The facades feature redwood cladding and large windows overlooking the ocean and a forested ridge.

“The massing of the two simple sheds creates a focal point while blocking the coastal wind and views from the house of the immediate neighbour,” the architects said.

The home encompasses 2,690 square feet (250 square metres). Public functions were placed in one wing, with the kitchen, dining room and living room occupying one large space.

Private rooms were mostly located in the other volume, which rises two levels.

“The program called for ‘his and hers’ offices at opposite ends of the house, encouraging focus but allowing for interaction around the central kitchen,” the architects added.

“They wanted a place to read and write in the reflective and inspiring coastal setting.”

The interiors are designed to be “warm and calm”, with a strong connection to the outdoors.

Walls were sheathed in locally harvested Douglas fir, while stone and polished concrete were used for the flooring.

From inside, occupants can observe the birds and native plants that animate the scenic terrain.

Other residential projects in northern California include a ski chalet by Mork-Ulnes clad in tar-coated timber and a white barn-like house by Turnbull Griffin Haesloop in a farming valley.

Photography is by Joe Fletcher.