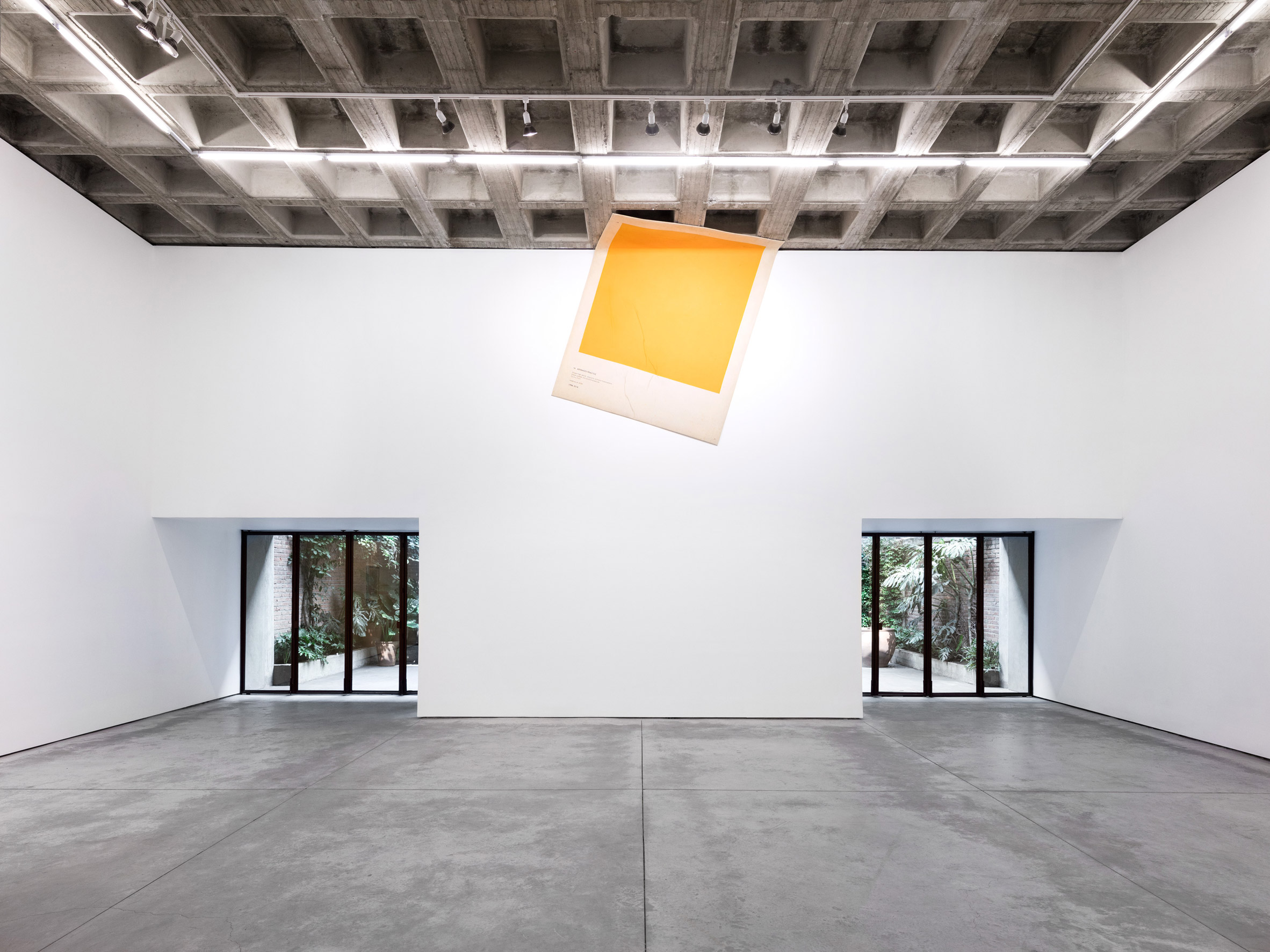 A mid-century concrete structure in the heart of Mexican City has been renovated and extended to accommodate a contemporary art gallery.

Architect Max von Werz created a home for OMR Gallery within the brutalist-style building in the city’s Roma neighbourhood, just a short distance from its previous space.

“After 30 years in a turn-of-the-century Porfirian villa, the contemporary art gallery OMR decided to move to a new location,” said the architect, who stripped back the 1960s building and added a one-storey extension on top.

“The design strategy was to preserve the existing brutalist building as much as possible, adjusting some interior details so as to bring out the character of the building and transform it into a generous exhibition space,” von Werz added.

After entering through a plant-filled vestibule and minimal reception area, visitors find a large open room designed to be constantly altered for various shows.

So far, the concrete floor has been covered with a layer of sand for an exhibition of colourful paintings by Matti Braun, and additional partitions were put up to display photographs of Mexican theatres by Candida Höfer.

Raw concrete is exposed across the coffered ceiling and four supporting columns, while white is used for the surrounding walls.

At the back, two glass doors lead out to an enclosed patio, where walls are covered in lush greenery.

A larger door, painted bright red, can be opened for transporting sculptures outside.

The red is continued on framing for a glazed wall that extends up the back of the building. This facade fronts the vertical circulation space, which is almost entirely concrete.

The upper-level extension houses the gallery’s offices and events space, along with works by artists including James Turrell and Joep van Lieshout.

A library area houses books on floor-to-ceiling shelves, and there is also a small terrace that looks down onto Calle Cordoba at the front of the property.

“The result is a sober project that amplifies the character of the original building, whilst preparing it for a new cultural life without resorting to the international conventions of the sterile white cube,” said the architect.

Mexico City’s arts scene in rapidly evolving, and a variety of new galleries – like David Chipperfield’s Museo Jumex – have sprung up across the vast metropolis as a result.

But it is the country’s second city, Guadalajara, that is presenting the best opportunities for emerging architecture firms.