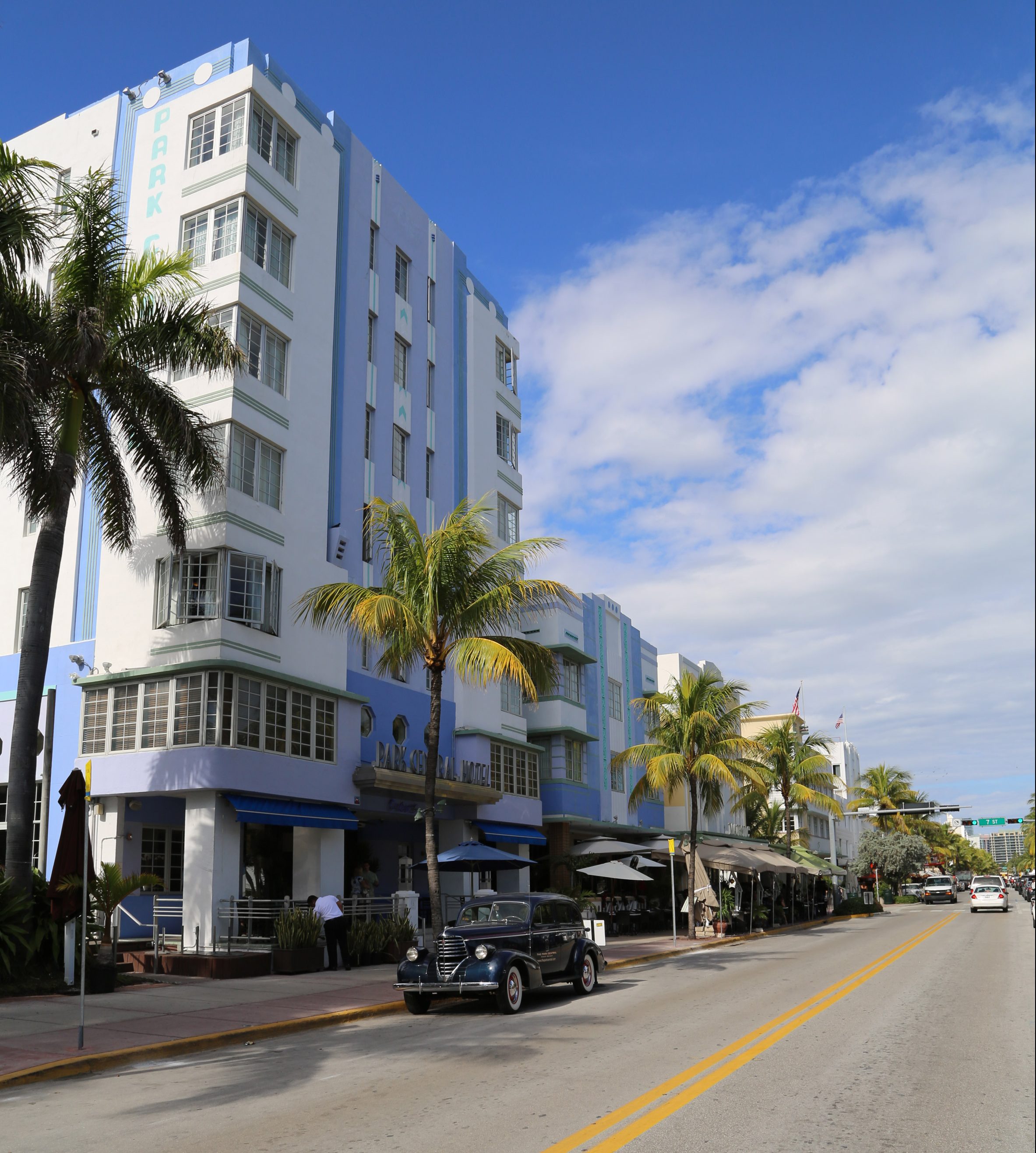 Architects and developers working in Miami are belatedly responding to climate change, amid a growing sense of alarm over how rising sea levels are affecting the city.

The comments came amid concerns that Miami Beach’s historic Art Deco district could be lost to the sea, with a panel of preservation experts agreeing earlier this year that “things don’t look good”.

In March, a historic waterfront mansion was lifted and moved to higher ground to save it from flooding while the New York Times reported last month that real-estate buyers were suddenly prioritising flood defences over ocean views, threatening “a potential economic time bomb in an industry that is struggling to adapt”.

Meanwhile the discovery of an octopus in a flooded underground car park last week went viral, with local newspaper the Miami Herald describing the incident as “climate change’s canary in the coal mine”.

“A lot of people have been trying to hide their heads in the sand and that sand is actually eroding,” Primack told Dezeen, referring to the fact that sand on Miami Beach needs regular topping up, as the sea keeps washing it away.

“We’re beginning to realise that that stance is not sustainable. Miami is not theoretically looking at ocean rise; it’s actually happening.”

“Our neighbourhoods flood,” he added. “We have real, visible and tangible impacts of sea-level rise right now and I think we’re finally beginning to hear architects and developers thinking about how they’re going to develop for a much longer horizon.”

The past decade has seen a frenetic boom in construction on both the sandbar of Miami Beach and along the lagoon fronting downtown Miami.

Much of this area is only a metre or less above sea level and flooding is an increasingly regular fact of life. However many buildings have little in the way of defences.

Now there are signs that developers and architects are finally taking climate change seriously and making their buildings resilient to rising waters.

Last week French architect Jean Nouvel unveiled Monad Terrace, a waterfront apartment block that is the first to be built in line with new city building codes that call for new projects to be raised above the ground.

“It is our first project in Miami, in South Miami Beach on the Lagoon, and we had of course questions about the level of water and about flooding,” said Nouvel, speaking with Goldberger at the Design Miami fair.

“The city decided to place buildings six or seven feet above the actual ground and we were the first building to follow this new policy,” he said. “But we took the decision to add six feet more. So we also put the car park above the level of the ground. So if there is a flood, like you have once in a century, the water will arrive in the car park.”

One of few other buildings to have taken flooding this seriously is Herzog & de Meuron’s waterfront Pérez Art Museum Miami. Opened in 2013, the museum is built on stilts three metres above ground, allowing a storm surge to pass underneath. At the time the architects said they hoped the building, which also features generous, shaded outdoor areas and lush planting, could act as a new “vernacular for Miami”.

However, according to Primack, the intelligence of this approach was lost on most people.

“Perez was looking forward in a really smart way; having the parking underneath and the building floating above the sea,” he said. “But I don’t think that’s been a big talking point about the building, and it should be.”

Change should come from government say architects and developers

Elsewhere, raising the ground level is set to become the new norm in Miami. Brazilian architect Isay Weinfeld is converting legendary Miami Beach hotel The Shore Club into a luxury complex called Fasano Hotel + Residences, which will involve raising a pool and gardens six or seven feet above the beach.

However there is also a sense of resignation that not much can be done to resist the rising ocean.

Alan Faena, the Argentinian developer behind the new leisure and cultural quarter bearing his name, said that climate change is “a problem” but said: “We try to do our best, but that’s something that should come from government and NPGs.”

“The mayor is doing a great job,” Faena said. “He’s introducing pumping everywhere but it has to come from the level of the government.”

Rem Koolhaas, whose architecture firm OMA has just completed three buildings for Faena, agreed that there were not yet viable mechanisms in place to deal with climate change.

“In the last century there was a government that organised the building of dams, of highways and that would have presumably noticed that some part of the territory was in jeopardy,’ he said. “But that is doesn’t seem to be there any more.”

Koolhaas admitted that the topic was one of the few issues he felt powerless to address. “It’s been kind of really exciting for me to kind of finally not so much do something about sustainability, but to actually be incapable of speculating about some of the likely and some of the already visible affects.”

Rodman Primack said that until recently, people had been frightened to even discuss the issue.

“I think there’s fear in actually acknowledging it,” he said. “But we’ve gotten to a place where that can’t happen any more, where we can’t say that it’s some weird anomaly. It’s happening. You can see in the city of Miami, towards the bay, they have raised the streets four feet because they were all flooding.”

Primack said that real-estate developers needed to change their attitude and come up with ways of turning flood readiness into a selling point.

“Sadly so much of everything is figuring out a marketing angle that gets people excited so developers have got to find a way of addressing this and making it a cool thing.”

Ultimately, Miami needs to pioneer ways to deal with a problem that is going to affect more and more cities around the world, he added.

“We have to get on top of it and think about it in an intelligent way,” he said, saying Miami should become a role model for other cities. “Let’s build the city of the future on the ocean. Most of the major cities in the world are on water.”