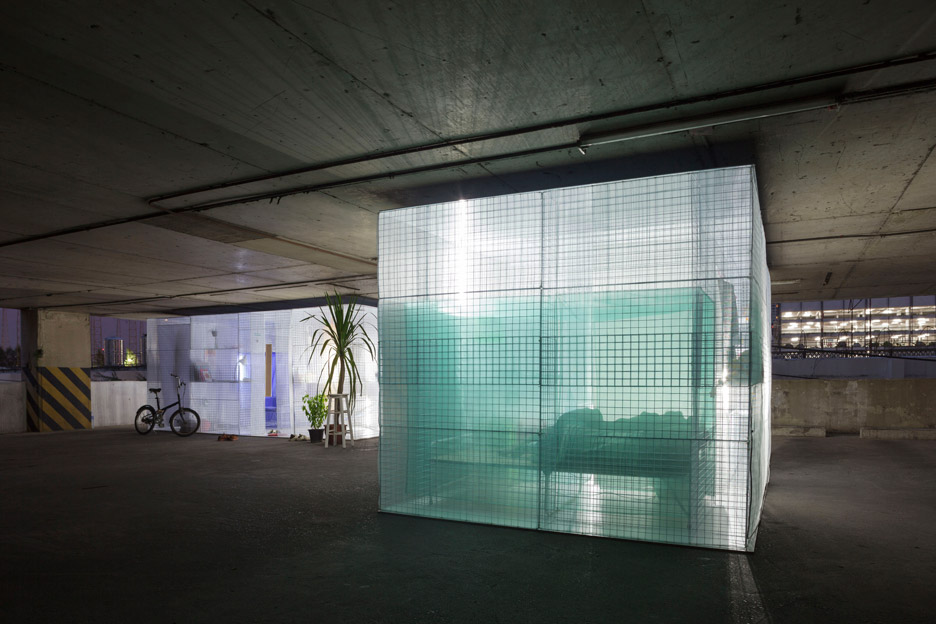 Micro dwelling by All(zone) could be erected within abandoned towers

The project, called Light House, is featured in the Chicago Architecture Biennial, which opened on 3 October and continues to 3 January 2016.

Encompassing 11.5 square metres, the boxy micro dwelling sits on a floor made of plastic-laminated plywood. The home’s frame consists of a polyethylene-coated metal grid, which also serves as shelving inside the structure.

The walls consist of several layers of nylon net and fabric, with a number of openings.

“The different degrees of perforation of the walls give variation to the space within by selective filtering of external elements,” explained All(zone).

Inside, the home features a main live-work room and a changing room with a closet, where the walls are made of spun-bound fabric. A sleeping room contains a bed covered in a mosquito net made of polyester fabric.

Designed on a $1,200 (£790) budget, the dwelling was conceived in response to rising living costs in tropical cities such as Bangkok.

“Recent housing projects are so closely tied up with global real estate investment that it’s almost impossible for a young middle-class or a new generation of urban poor to live in the city on what they earn,” said the firm.

“In addition, with the ever-changing social and economic situation, one’s life-time investment in owning a house would no longer be valid.”

The micro dwelling can be easily dismantled, moved and reassembled on a different site.

“The half-temporary condition of Light House would be perfect to get settled in such condition of the unused buildings,” said the firm. “It can be installed quickly, lightly, loosely and freely on a platform and covered with a roof.”

“The prototype house could lead to a new type of housing with less rigid materiality and energy,” added the firm.

The studio drew inspiration from vernacular architecture in Thailand, where certain houses are so light and flexible that they can be easily moved.

To test the Light House, All(zone) built two prototypes within a vacant parking garage in central Bangkok, and two young designers lived inside of them for several days. A short film presented at the Chicago Architecture Biennial captures their experience.

Described by curators Sarah Herda and Joseph Grima as a “site of experimentation,” the Biennial features work by more than 100 architects and designers around the globe. Other projects on view include an art park in Bali by ArandaLasch and a prototype for sustainable housing in Mexico City by Tatiana Bilbao.

The post Micro dwelling by All(zone) could be erected within abandoned towers appeared first on Dezeen. 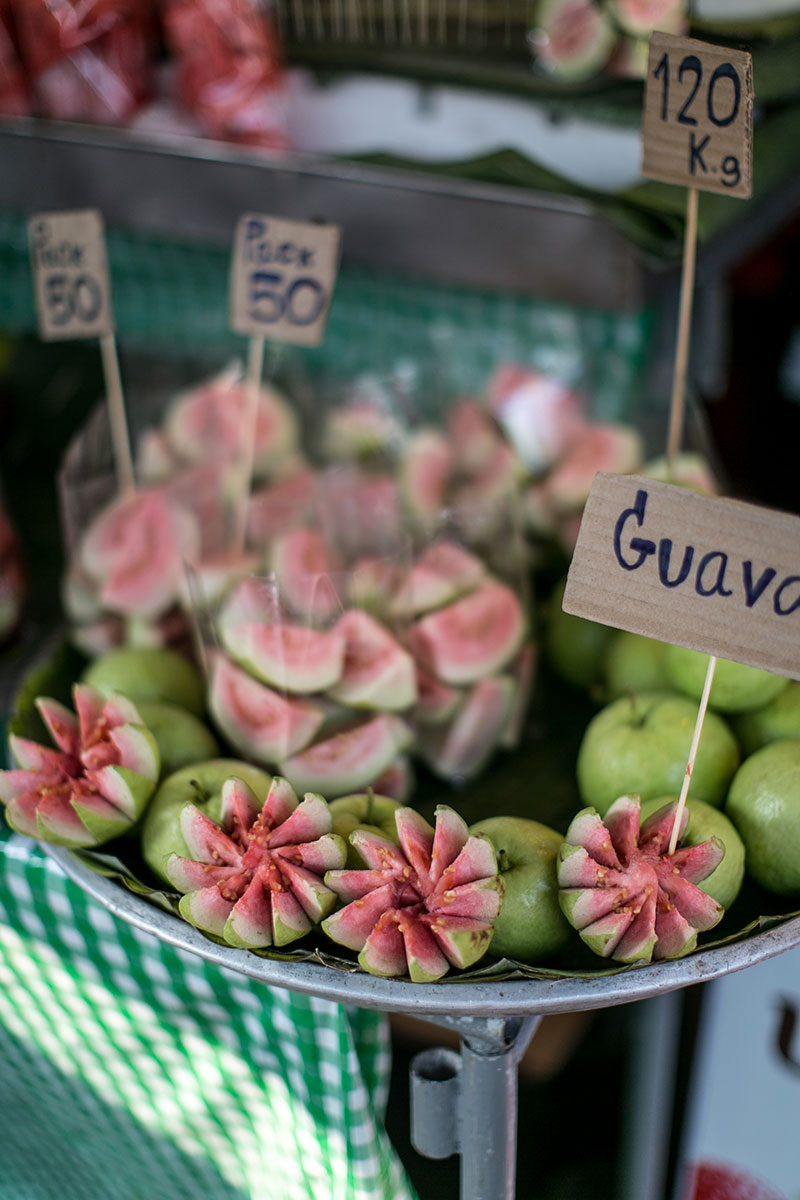