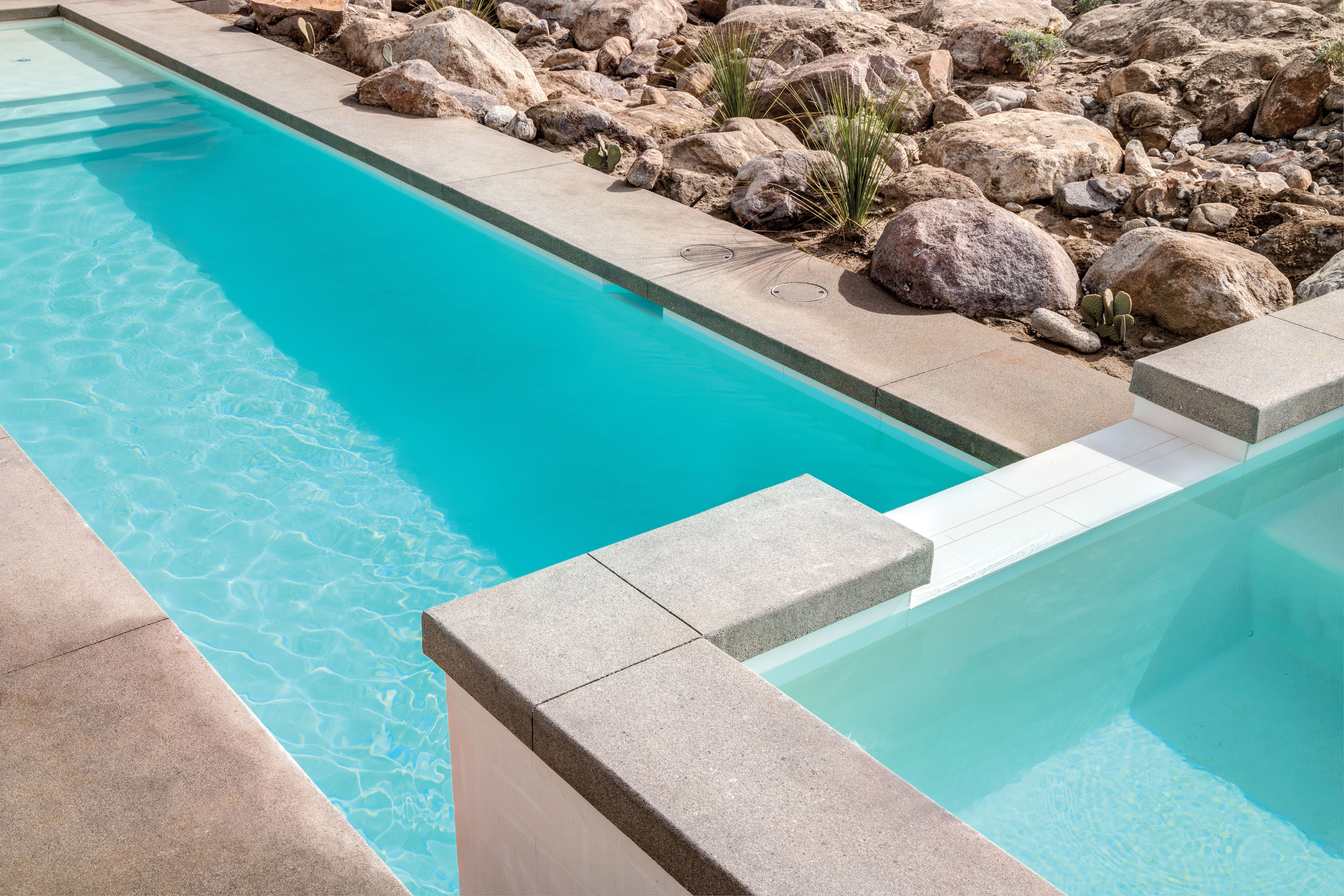 Lance O’Donnell of o2 Architecture has overseen the completion of two dwellings in Palm Springs – a contemporary home he designed, and a never-built residence by famed mid-century modernist architect Al Beadle.

The homes are referred to as the Miele Chino Canyon Project — a reference to their location within the Southern California city. The dwellings are situated within the Chino Cone area, at the base of the San Jacinto Mountains.

The 02 House was designed by O’Donell, who founded the local firm o2 Architecture in 2006. The other residence, the Beadle House, is based on never-built plans by Al Beadle, a famed Arizona architect who died in 1998. He was known for creating relaxed, modernist dwellings in the desert.

The two homes, which sit within walking distance of each other, share a respect for their natural context. “Both feature notable art and furnishings, as well as building principles, that are sensitive to the environment of the desert,” the team said.

The Beadle House – designed in the 1970s – was originally intended to be built in Paradise Valley, near Phoenix. O’Donnell worked closely with the late architect’s closest collaborators to construct the residence in Palm Springs – which boasts a large variety of important modernist buildings.

The two-storey, rectilinear dwelling has an upper level that cantilevers 14 feet (four metres) over a concrete base. Walls are wrapped in weathering steel and are punctuated with tall, slender windows.

Voids were carved into the box to form shaded patios that hover over the ground.

“Resurrecting the house brings Beadle’s brilliant work more closely into view and adds his name to the list of luminary modernist architects that are part of the Palm Springs landscape,” the team said.

The 02 House is a pale, split-level residence nestled into a rocky site. Deep overhangs help provide shade, while floor-to-ceiling windows offer a strong connection to the rugged landscape.

The interior features contemporary decor and work by artists such as Ed Ruscha, Jean-Michel Basquiat and Jenny Holzer.

“O’Donnell has skillfully crafted the house to exist amongst the terrain and weather of the desert, providing residents with a naturally ventilated space and spectacular views of the Coachella Valley,” the team said.

Both homes were open for tours last month during Palm Springs Modernism Week.

Palm Springs is well-known as a mid-century modern mecca. Wealthy clients and celebrities from nearby Los Angeles and across the country commissioned villas in the resort city, as part of the movement’s boom during the mid-20th century.

In 2015, Australian photographer Tom Blachford captured images of the city’s famed homes – including Richard Neutra’s Kaufmann House – that he shot by moonlight.