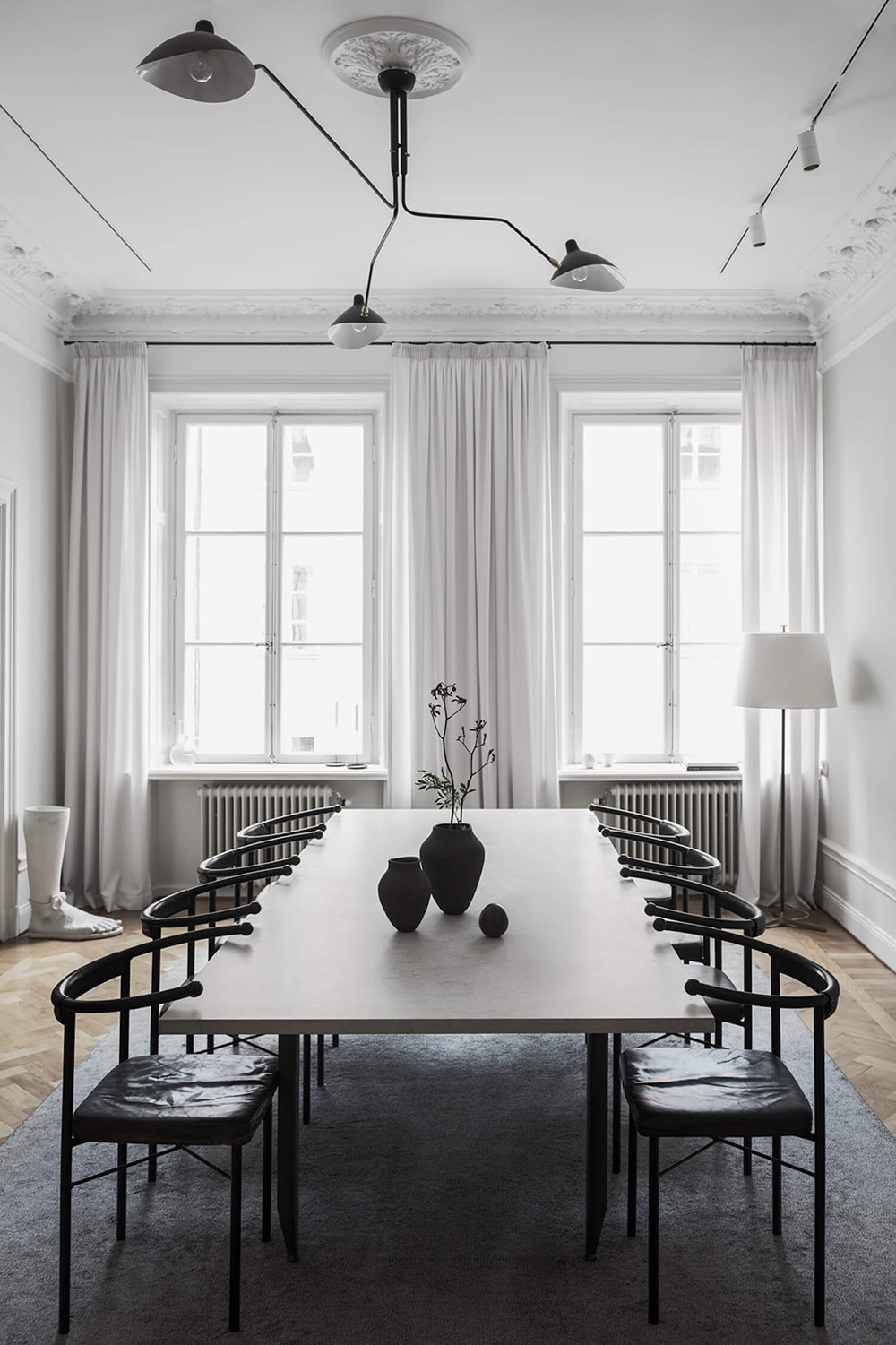 Scandinavian, mid-century modernist, minimalist, three words that accurately describe Louise Liljencrantz. And we totes agree. Liljencrantz background is in the fields of graphic design and fashion design… Which explains alot. Only entering the interior design game officially in February Liljencrantz has made a name for herself with in the epicentre of Scandinavian  minimalism- Stockholm.

So without further ado let me introduce to you the home of Louise Liljencrantz. True to her aesthetic the classic backbones of the house are equally balanced with eye-catching elements and statement furniture. How amazing is the white flurry sheep skin chair, I’m picturing it in our office right now..