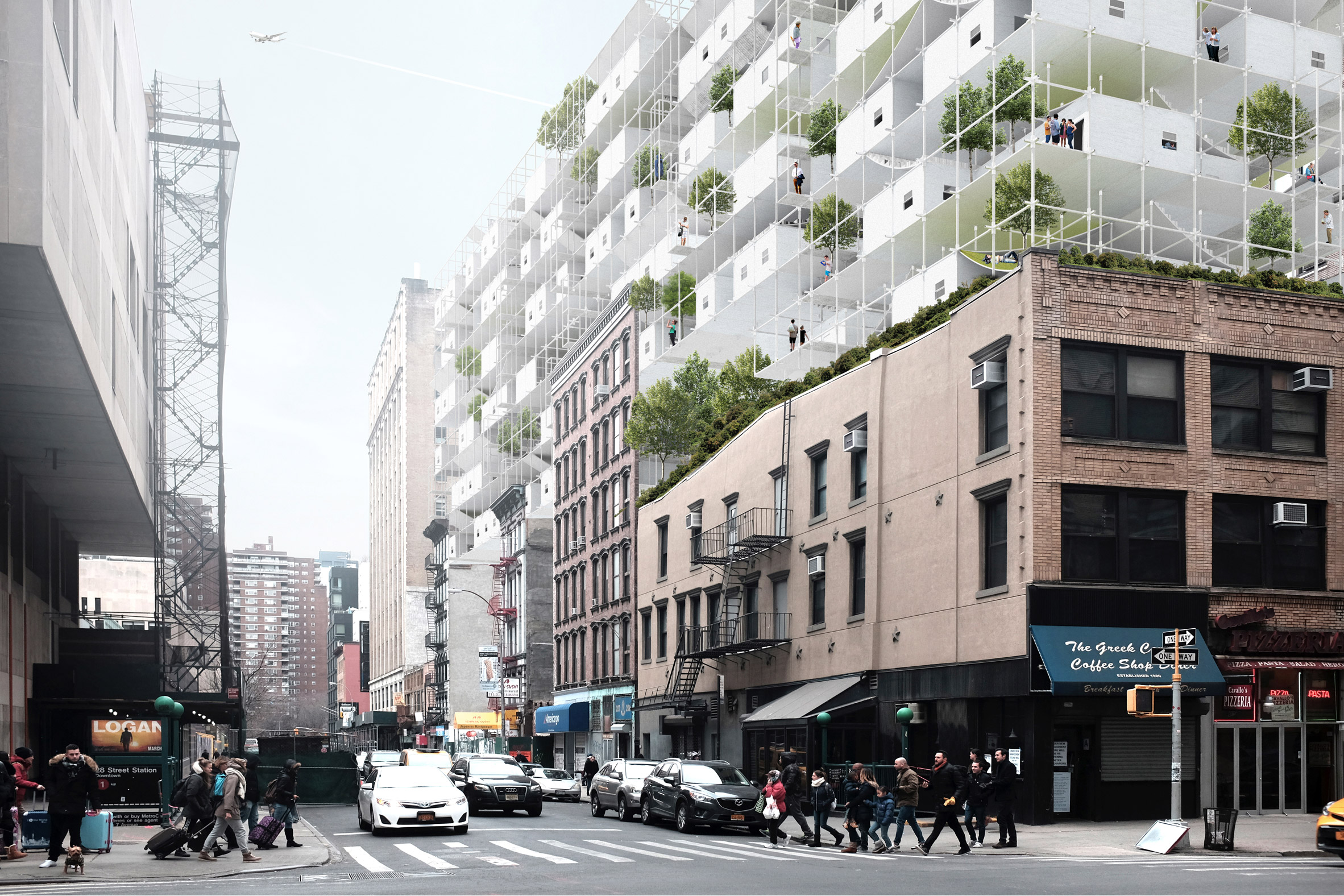 The public areas would occupy sloped platforms called Living Surfaces, where residents would be encouraged to interact and share their culture. The types of modules for these spots include stairs, playgrounds and gardens.

Their scheme is intended to reconsider “air rights of the city that have been overlooked for a long time”, while also addressing the rising costs of housing.

“Lack of home ownership in New York City has skyrocketed – more than 75 per cent of residents rent rather than own,” said Beomki Lee and Chang Kyu Lee. “This project seeks to utilise abandoned air-right spaces as new possibilities for affordable housing.”

The building has a flexible configuration that responds to the varying levels of density allowed for an individual building site – referred to floor-area ratios (FAR). “Instant City respects diverse contexts of the existing neighbourhoods in Manhattan,” the team said.

The real-estate companies can buy unused air rights over adjacent buildings and in turn add the space to their project, enabling them to construct a taller structure. Alternatively, they can design their new building so that it extends into the neighbouring airspace.

TDRs came about in 1961 when New York’s zoning regulations were revamped, and density quotas were established for each block, according to the New York Times.

The planning loophole is partly responsible for the recent boom in “super-slender” towers across Manhattan.

Purchased air rights were also used to construct a shard-like tower in the Chelsea district by FWFOWLE, along with a luxury condo building by S9 Architecture that cantilevers over its low-rise neighbour.