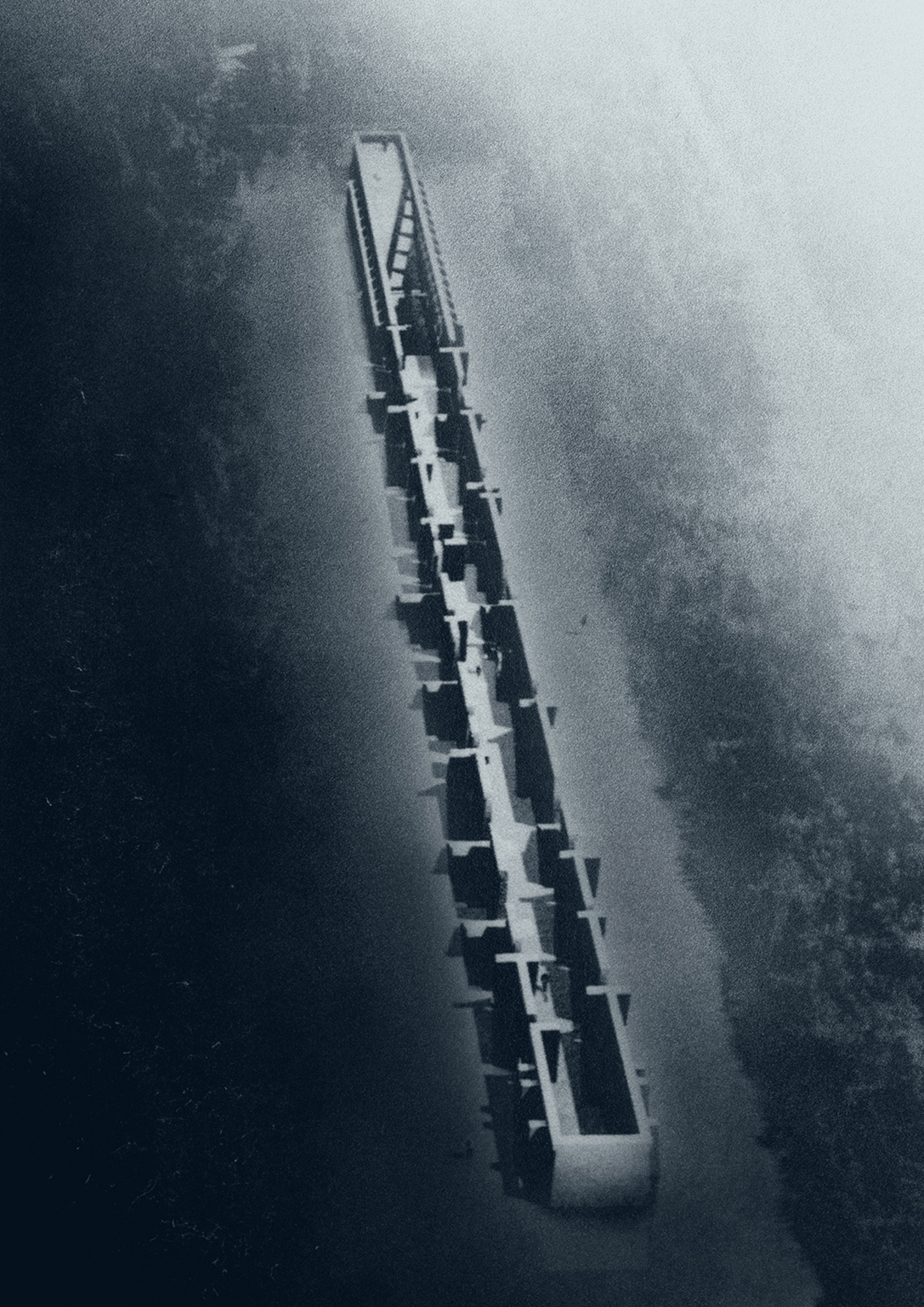 RAAAF and Atelier de Lyon have revealed plans for a monument commemorating the huge feat of engineering behind the Dutch Delta Works – a vast network of dams, sluices, locks and levees designed to prevent flooding in the Netherlands.

“For centuries the Dutch struggle against the water has united engineers of all kinds,” they said. “This resulted in groundbreaking experiments and inventions, including the Delta Works that protect the country nowadays.”

“Deltawerk 1:1 is a tribute to the majesty and seemingly indestructible power of the Dutch Delta Works. In a radical way this intervention sheds new light on the practice of preserving cultural heritage.”

Sand will be excavated from the site to reveal the seven-metre-high and 250-metre-long Delta Flume, once used to create full-size waves to test the strength of anti-flooding structures.

Huge concrete slabs will be cut through its 80-centimetre-thick walls and rotated at 90 degrees.

“Over the years the slabs will be colonised by a nature. The space changes through the day, the seasons and over the years,” said the studios. “The space offers an intense spatial experience of light, shadows, reflection, and views through the Waterloopbos.”

“It is all about the Dutch struggle and the fight against water, in extension to the Dutch postwar visions on water management.”

RAAAF and Atelier de Lyon used a combination of digital and analogue drawing techniques to create the atmospheric visuals of the monument, including three-dimensional modeling software, photocopying, and charcoal and pencil to create texture.

“The images have the perspective quality of the newest software, and the aesthetic quality and overall atmosphere of 1920s graphic craft,” they said.

“It refers to an extra invisible layer in the project as well; it’s exactly 100 years ago that the Zuiderzeewet (delta law) was launched; the starting point for all famous Delta Works and huge polders in the Netherlands.”

Named Deltawerk 1:1, the monument is expected to complete in 2018.

RAAAF is a multidisciplinary practice led by Ronald and Erik Rietveld, while Atelier de Lyon is the studio of artist Erick de Lyon. The pair previously collaborated on another monument in the Netherlands, converting a second world war bunker into a sculptural visitor attraction by slicing it down the middle to reveal its insides.

The post Monument by RAAAF and Atelier de Lyon will commemorate “Dutch struggle against water” appeared first on Dezeen.