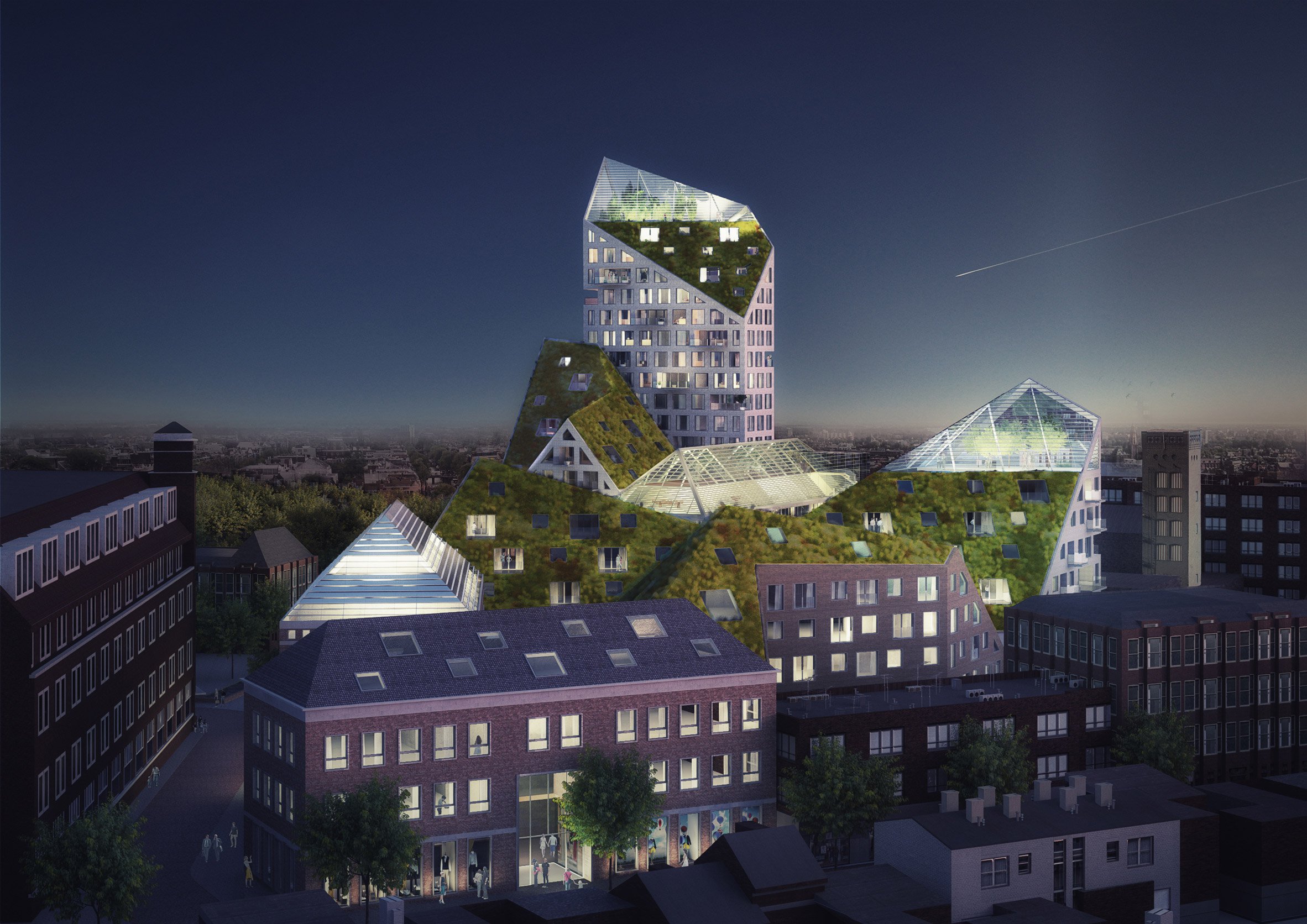 MVRDV won a competition to design the housing in Eindhoven’s Bergen neighbourhood, which will redevelop an inner city around Deken van Someren Street. It follows yesterday’s news that the Dutch studio will build a new skyscraper in Rotterdam.

The Dutch firm developed the jagged outline by drawing imaginary planes at 45-degree angles from the base of neighbouring residential buildings. It is intended to bring the maximium amount of natural light into the housing and the parks slotted between, but also references the pitched roofs of traditional buildings in the area.

“Pocket parks also ensure a pleasant distribution of greenery throughout the neighborhood and create an intimate atmosphere for all.”

Community gardens and greenhouses will top some of the buildings, while most of the slanting roofs will be covered with grass and planting, following a growing trend for plant-covered design.

Recent examples include one of the world’s tallest living walls and an entire “vertical forest” city in China.

It is also among a series of sustainable elements that MVRDV has incorporated in the scheme, which also includes solar panels and a recharge station for electric cars, and rainwater collection. Rainwater will also be collected and reused, with some forming water play areas.

The architects have selected a neutral material palette for the scheme. Facades made up of a combination of glazed ceramics, stone, wood and concrete will create white and grey tones in a mixture of shiny and rough finishes.

MVRDV – which ranked at number nine on the inaugural Dezeen Hot List – collaborated with SDK Vastgoed, Iris Advies and Stam + De Koning Bouw on the scheme.

The studio, which is also led by Winy Maas and Nathalie de Vries, has recently completed two major projects: a High Line-esque elevated park in Seoul, and a tower block that resembles a giant staircase in Poznan.