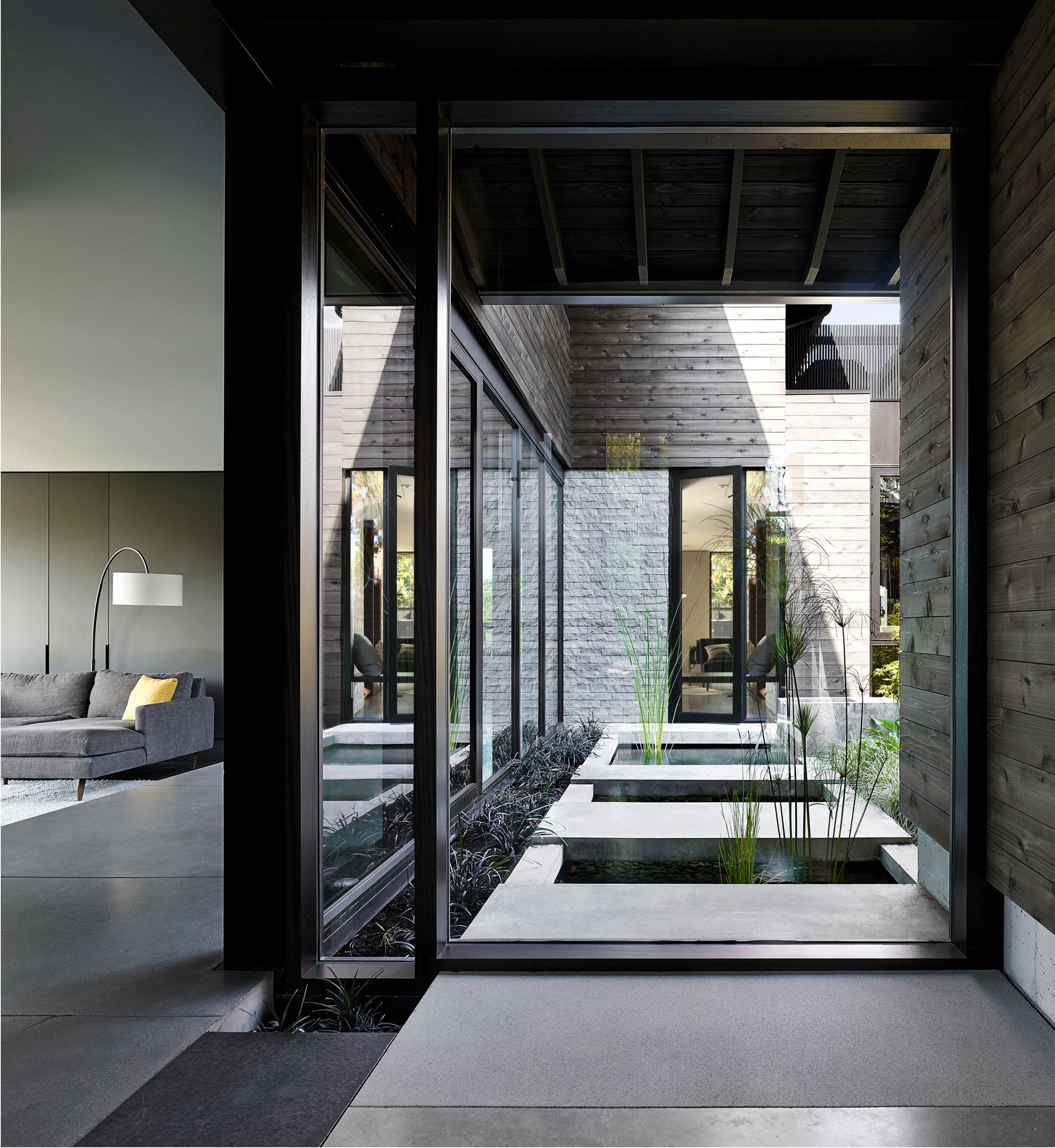 American studio MW Works has knocked down walls and added glazing in a 1960s Seattle home, to create a more open layout and strengthen the connection between inside and out.

The mid-century modern Laurelhurst Residence was originally designed in 1961 by the late Seattle architect Ibsen Nelsen.

The multi-storey dwelling – made of wood, concrete, stone and glass – is located in the city’s Laurelhurst neighbourhood, a lakeside district with many high-end homes.

The 4,800-square-foot (446-square-mere) residence was purchased by a young couple with two children, who wanted to renovate it to accommodate their lifestyle.

“The layout of the home was very well considered, but the character and flow between spaces wasn’t a good fit for the daily patterns of the new owners,” said MW Works, a local studio founded in 2007. “The design task was to renovate the home while respecting its soul and extending its lifespan.”

One of the main aims was to create stronger connections between the interior and the outdoors. In response, the team focused on enhancing a garden courtyard – a central feature of the home that was primarily visible from the living room.

The team added more openings around the courtyard, linking it to the home’s entryway, circulation paths and informal spaces. Single-pane windows were replaced with longer apertures that stretch from floor to ceiling.

Waterfront home near Seattle is lifted on bridge-like structural supports

“Careful reconsideration of the openings surrounding this space reframed it as a tranquil organising element of the house,” the team said.

The studio also re-conceived the kitchen, which formerly was walled off from the dining area and isolated from other living zones. Through limited structural modifications, the team was able to open up the kitchen, providing seamless transitions to the dining and living rooms, as well as the backyard.

“Sliding glass doors expand the family’s activities onto the new deck and patio, framing views of the waterway, Husky stadium and the Olympic Mountains beyond,” the firm said.

The team also re-clad a fireplace with dry-stack limestone and overhauled an entry vestibule, replacing solid walls with glass to enable views outward.

A vaulted ceiling in the dining room was removed in order to create a rooftop deck off the master bedroom. In the home’s lower level, the team exposed an existing foundation wall that leads to a small wine room.

The project also entailed the upgrading of insulation and the addition of a high-efficiency radiant floor heating system. These measures enabled the removal of low ceilings and ductwork, and significantly reduced the home’s energy consumption.

“The new project is updated and more livable, but still respectful of the best elements of the original design,” the team said.

Other recently completed homes in the Seattle area include a compact waterfront cabin by First Lamp Architects that is lifted off the ground and a floating single-family house by Vandeventer + Carlander that enables swimmers to jump directly into a lake from their bedrooms.

Photography is by Jeremy Bittermann.