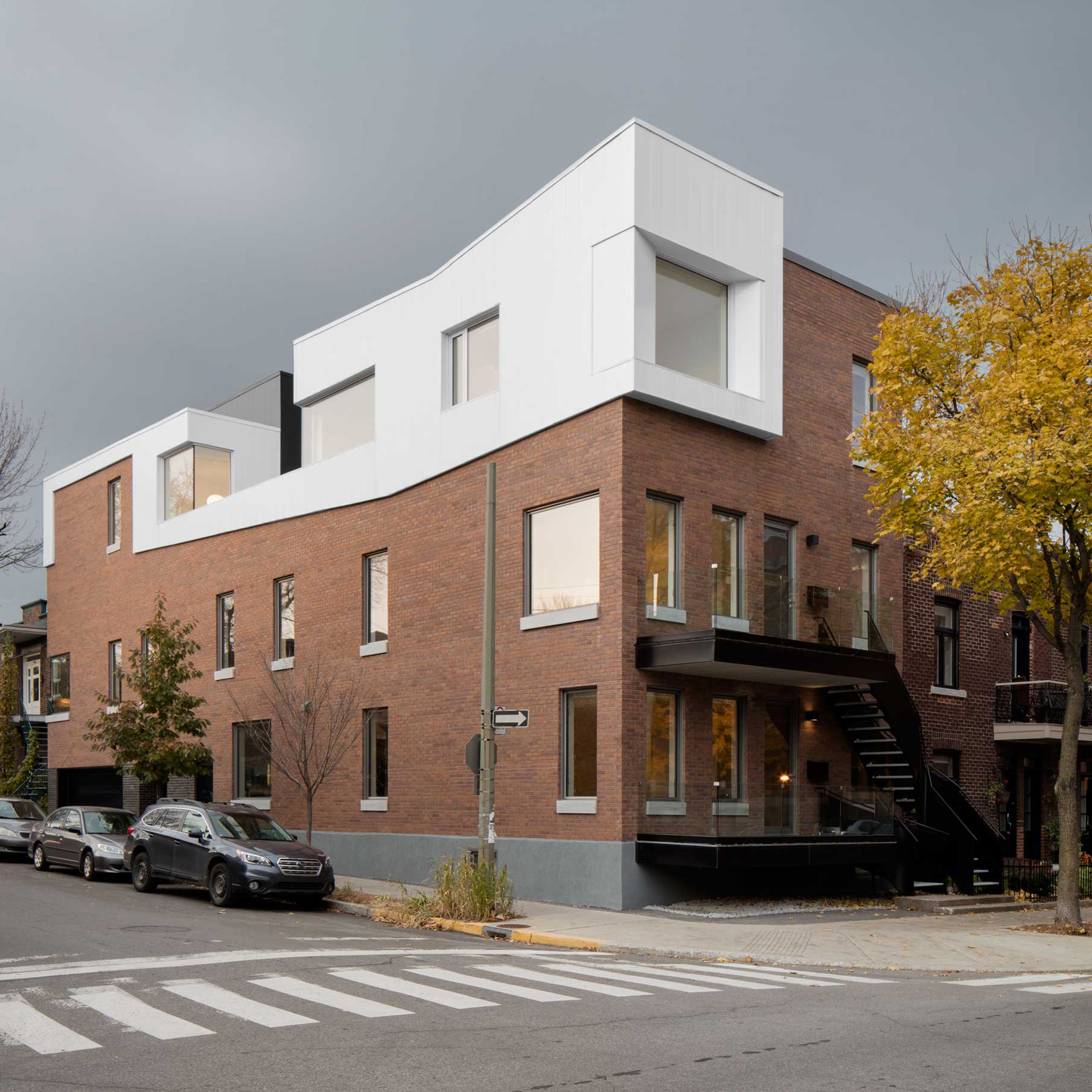 Canadian firm Naturehumaine has renovated and extended a 1920s residential building in Montreal, adding a white-clad upper level to the old brick structure.

The local studio overhauled the multi-dwelling duplex in the city’s Rosemont–La-Petite-Patrie borough, extending upward and backward from Dandurand Street.

Brickwork was replaced, and an angular, glass and white-steel volume was placed on top to contrast the reddish tone.

“The added storey harmonised the building with the size of the surrounding constructions,” said Naturehumaine.

This addition creates more space for the three interlocking units, which vary in size, bringing the total floor area to 380 square metres.

The first unit occupies all four storeys of the building’s back portion. A garage and small WC take up the ground floor, while an open-plan living, kitchen and dining space spans the level above.

On the second storey, a pair of bedrooms face the back of the property, and a staircase wrapped around the bathroom leads to an office and a deck.

In the remainder of the building, a duplex two-bed apartment sits within the crux of an L-shaped residence with three bedrooms.

Both have access to a terrace created by a central dip in the roofline. Each of the residences has its own entrance.

“On each level, spacious decks equipped with glass railings lighten volume perception,” Naturehumaine said. “A shared deck was inserted into a breach made in the volume, which also captures light.”

During the renovation, the locations of windows were mostly retained, while angled openings feature in the addition.

Interiors of all three units are finished with white walls and ceilings. Wooden floors and stairs run throughout, except for in the dark-tiled bathrooms.

Naturehumaine has plenty of experience renovating and expanding buildings in its home city. Among its numerous projects, the studio previously added a sculptural black and yellow staircase to a 1930s home, and extended a historic dwelling with a zinc-clad volume.