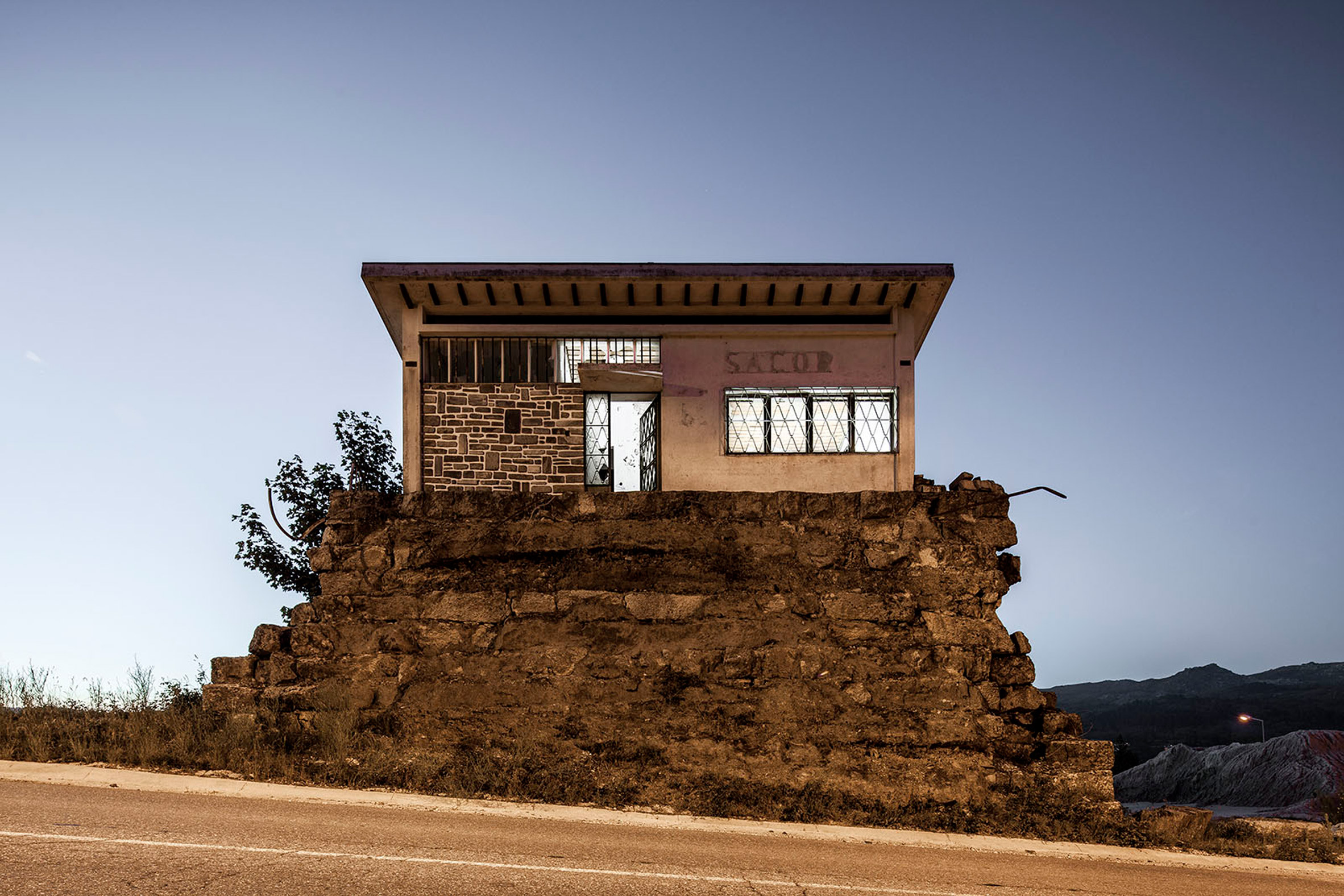 These images by Portuguese photographer Nelson Garrido reveal buildings left deserted in the aftermath of the last financial crisis.

Garrido first presented the series, called Home Less, in an exhibition for last year’s Venice Architecture Biennale. It features buildings from all across Portugal, from holiday villas to mass housing blocks.

Some of the buildings were left deserted after completion, while others were abandoned before they were even finished.

Garrido first embarked on the project in 2012, more than four years after the start of the financial recession. By photographing these deserted structures, many of which are now overgrown with plants, he believes he is questioning their existence.

“I have been photographing spaces that, because they were abandoned or unfinished, make us look at them and question their right to occupy a space in the city,” he said.

“This project goes beyond the revelation of ruins; it intends to provide an experience of places,” he continued.

“These constructions – which could be thousands of others – are life projects, sometimes unfinished, abandoned, dark places in a desolated territory that embraces them as wounds.”

Here, the photographer describes the stories behind eight of his photographs:

“This building was the genesis of this project. I used to pass by it every year, but I’d never had a good idea for photographing it before. One day when looking at it, I realised that this building remained static in time. It no longer fulfilled its main function, but it was left in the same place as when it was used.”

“This place portrayed in this picture is facing the Albufeira Marina, in the Algarve, one of the main summer vacation destinations in Portugal. A lot of construction relating to hotel and tourism was abandoned here.”

“When I passed through this building, facing one of the main roads in Porto, I couldn’t stop looking at it. To get in and photograph it I needed some special equipment, including a big ladder! I found a big sofa in one of the rooms, facing the road. It seemed like someone used to go there just to see cars pass by.”

“The old road that connects Porto to Lisbon has become a living archeological museum – it led a lot of businesses to bankruptcy. I found buildings stopped in time, just the way they were the last time someone closed the doors. During that time just dust, rust and weeds have changed their look.”

“Again in the Algarve, in Albufeira, another huge housing investment completed, but no one lives there. Here I had a little ‘talk’ with a security guy that came when he saw the flash lights. But he just took note of the license plate and didn’t bother us.”

“Valongo is one the main areas that surround Porto, where a lot of people live. Here, houses were cheaper and bigger than in the city centre, prompting development of a lot of housing. With the crisis a lot of them stopped construction. Some of them were so big that we got lost walking inside.”

“The crisis also hit small residential investments, like this one. A few houses have been left abandoned for years but almost completed, with some of their materials robbed because they could be sold.”

“This is one of the most beautiful places I have been. The architecture of these houses is incredible. This is one of the places that I would love to live but unfortunately, like many others, is just waiting for its time to be finished and occupied.”