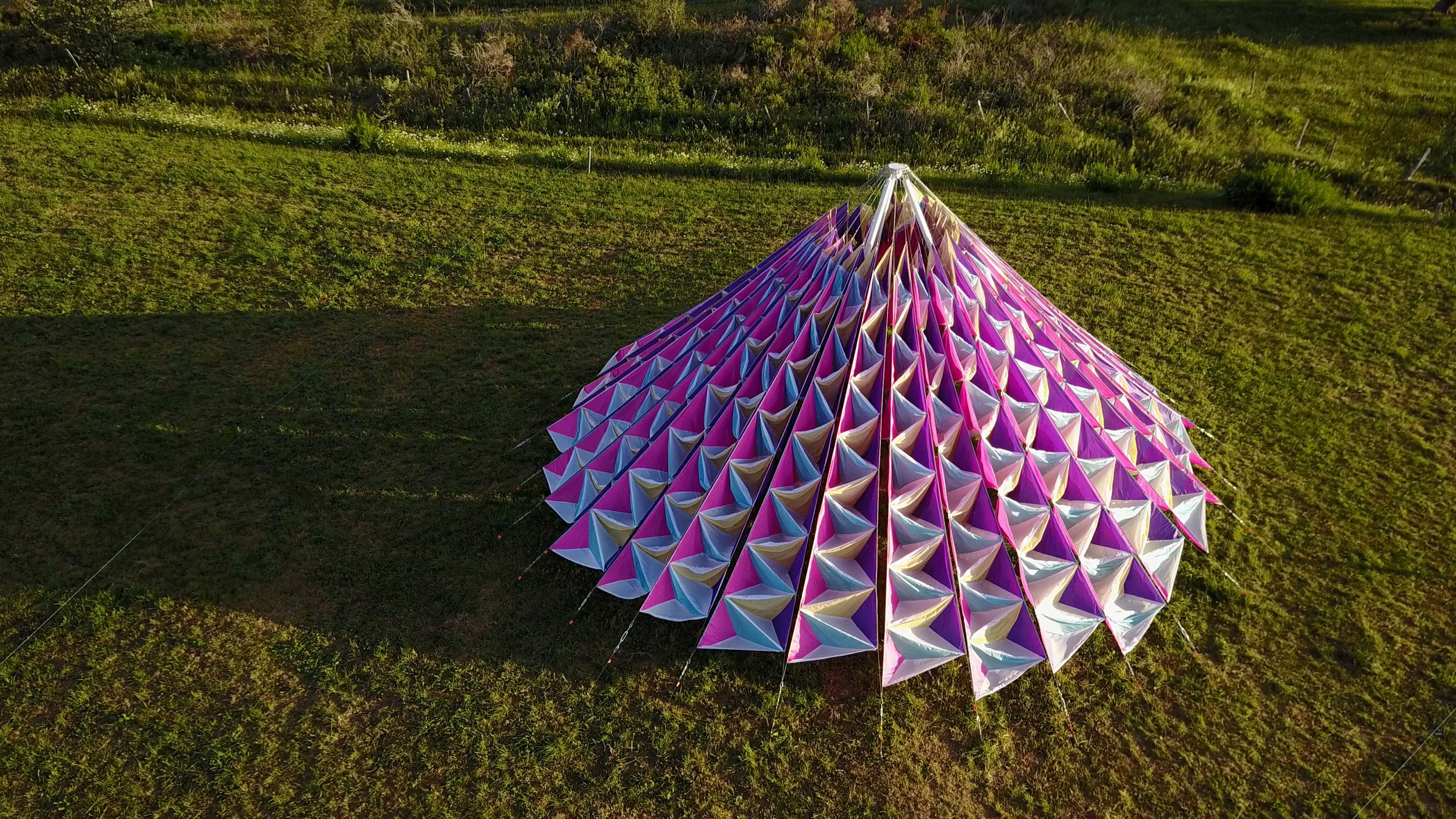 British studio Neon has created a vibrant tent-like installation covered in wind-reactive inflatable pockets in the mountains of France.

Located on a hill in the countryside of a small French village called Victor-Saint-la Riviere, the installation is intended as a response to the Perdue Cross (or “lost cross”), which was originally placed at the site to mark the death of a woman who went missing and eventually perished during a heavy rainstorm in the area around 200 years ago.

With the tragic history of the site in mind, Neon designed a tent-like shelter around the cross that could potentially act as a protection against bad weather for visitors.

Also inspired by the surrounding volcanos and mountains is the installation’s pointed tripod base, which is held to the ground by 30 tensioned steel rope lines.

The conical form of the exterior features 30 inflatable wind-catching sections, sat in between stabilising ropes. Each section is made up of unique windsocks, all various widths and depths, which continuously fill up with air, altering the appearance of the fabric interior.

Composed from 500 metres of ripstop fabric and 14,000 metres of cotton thread, the surface of the artwork took a team of five people around a month to construct.

Ripstop is a reinforced woven version of nylon, often used for army uniforms and parachutes due to its tear-resistance.

The design utilises the often blustery weather of the location as a means to create a “breathing” movement on the inside of Wind Cathedral, which allows inhabitants to monitor any changes to wind volatility outside.

The Horizons exhibition in Massif du Sancy features 11 installations in total and is open from 24 June 2017 to 24 September 2017.

Mark Nixon founded Neon in 2012. His previous public installations include Chimecco, which saw him hang metal pipes on the underside of a bridge in Denmark, turning it into a giant wind chime.

10 inflatable buildings designed to blow you away

The post Neon constructs a colourful cathedral in France that moves with the wind appeared first on Dezeen.