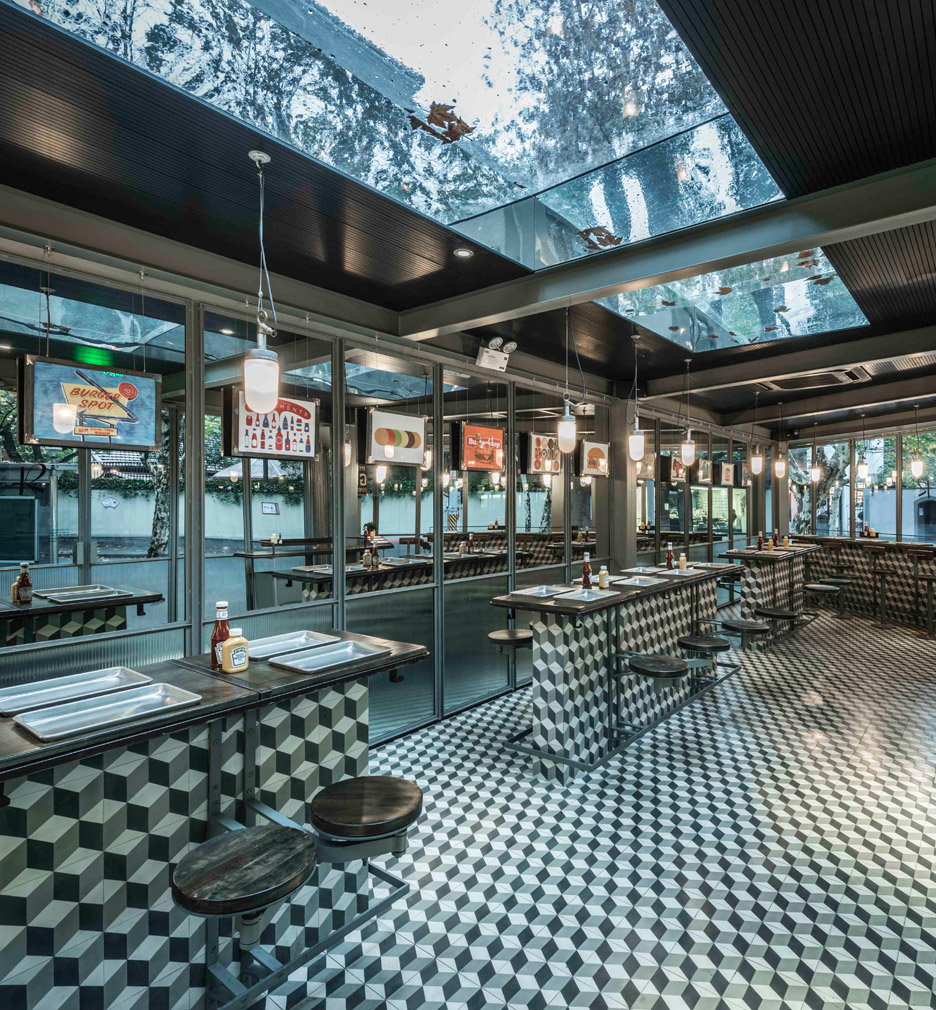 Located in the former French Concession, Rachel’s Burger restaurant was envisaged as “a porous space” that can be completely opened up onto Wukang Road.

Taking the Modernist shapes of 1950s diner restaurants as a reference, Neri&Hu introduced a chunky roof that projects over the glazed exterior walls that can be completely folded away.

The interior of the restaurant is also visually extended by a series of mirrored panels that reflect views from outside.

“When fully closed, a clever combination of clear and textured glass along with mirrors are used to great effect to visually extend the boundaries of the space while bringing light, views and streetscape deep into the interior,” said the architects.

During the day, glass panels in the roof allow natural light to flood the space. At night, the restaurant is illuminated by custom-made glass pendants hanging over the dining tables.

Hand-painted concrete tiles are used throughout the restaurant, extending up from the floor to cover the sides of podiums that support tabletops.

“The materials from stainless steel counter to the textured glass all are in line with the 50’s aesthetic,” the architects told Dezeen. “We obviously abstract most of these references but where the inspiration comes from is obvious.”

“Geometric tiles evoke a certain 1950s look and at the same time it gives depth and texture to a very tight sight,” they added.

All seating and eating surfaces, including large communal tables with pivoting benches, were custom-made by the studio using steel and walnut.

Neri&Hu was founded by architects Lyndon Neri and Rossana Hu in 2004. Previous projects by the studio include a Shanghai bar with bamboo-lined booths and green glass lampshades, and a wooden cabinet with seven objects to represent the seven deadly sins that was shown during Milan design week 2015.