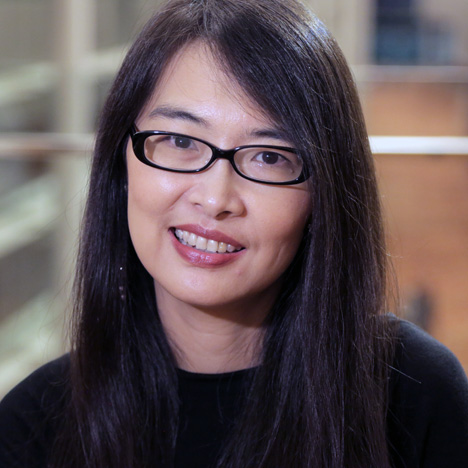 Movie: architect Rossana Hu explains why she and her partner Lyndon Neri turned the theme of “feeling good in architecture” on its head in their keynote speech at this year’s Inside Festival.
Rossana Hu of Neri&Hu
“This year we were given the topic of feeling good in architecture and interior design,” says Hu in the movie, which was filmed at Inside Festival 2014 where Hu was a keynote speaker and judge.
“I think we were more interested in questioning whether it’s viable or relevant to feel good.”
The WaterHouse at South Bund by Neri&Hu
Hu says that much of Neri&Hu’s work “is not about coming to a pretty space and feeling great.”
Rather, she says, “it is about coming to a space where, through discovering different things you might feel bad. But I think feeling bad has better value or is more meaningful than feeling good.”

Hu gives the example of the firm’s The Waterhouse at South Bund boutique hotel, which was named World Interior of the Year at the inaugural Inside Awards in 2011.

Dezeen Book of Interviews: Neri&Hu features in our new book, which is on sale now

The redevelopment of a former Japanese army barracks in Shanghai, the hotel features much of the original building’s exposed concrete and brickwork.

“When you walk into the lobby most people are surprised by the roughness and the rawness of that space,” Hu says. “In fact, when I brought my mother there she couldn’t stop laughing because she thought it was still a construction site.”

She continues: “So that does not necessarily make people feel good, but I think it makes people question where am I? What am I looking at? What is the history of this building? For us that is where design creates value.”

Hu compares this aspect of her studio’s work with the artist Louise Bourgeois.

“She talked about her work being disturbing and she wanted to give that mental challenge to people,” Hu explains. “It’s not so much about appreciating. It’s about disturbing the traditions and accepted values of society and we are also challenging people with some of our work.”
Red Room (Parents) by Louise Bourgeois
Inside Festival took place at Marina Bay Sands in Singapore from 1 to 3 October. Award entries for next year’s festival are open from February 2015.
We published interviews with all the category winners from this year’s event. You can watch the movies below.