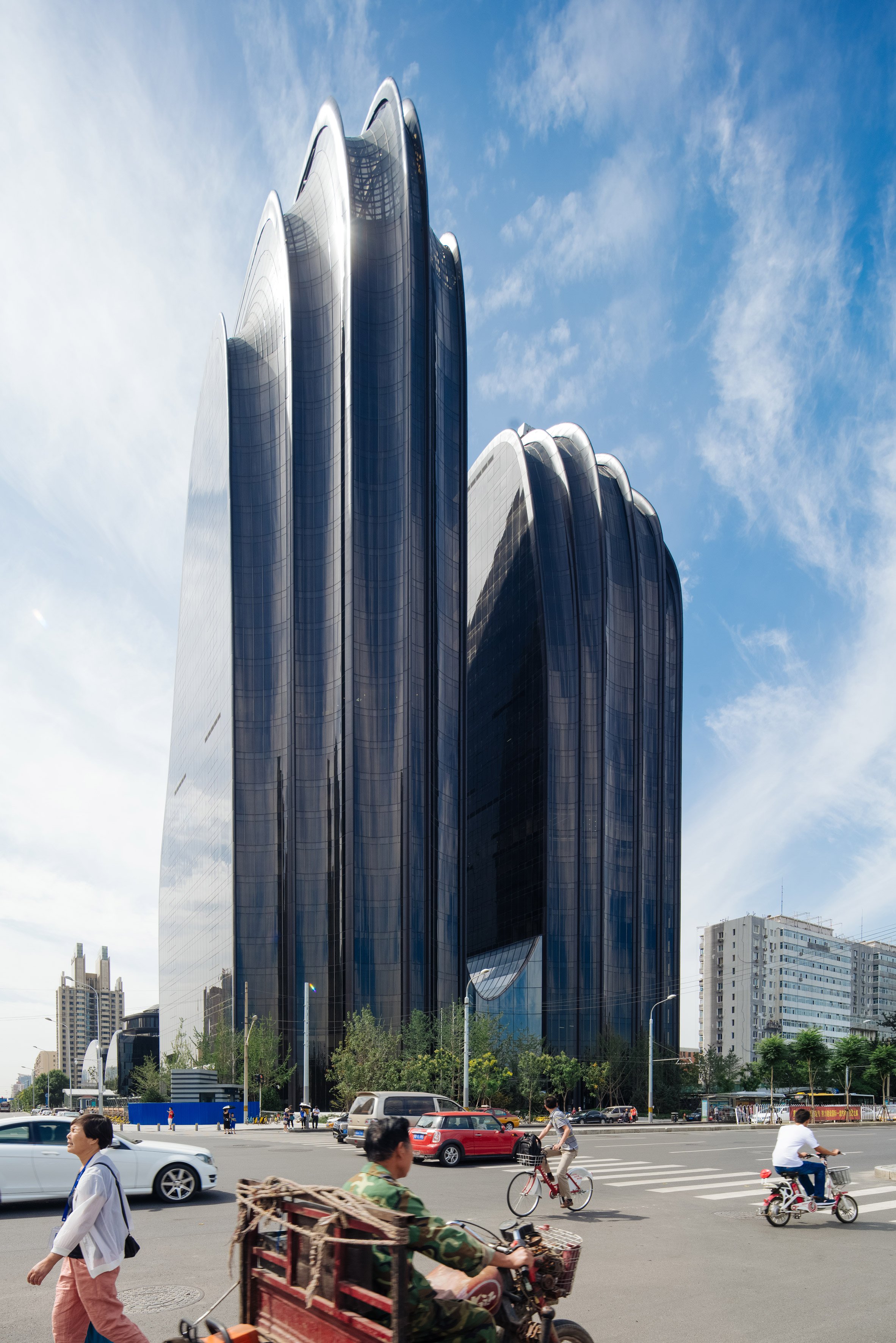 Khoo Guo Jie‘s photographs document the skyscrapers, office blocks and public space that make up the 120,000-square-metre complex built on the southern edge of Chaoyang Park – one of the city’s largest parklands.

The series captures the residential and commercial buildings from different vantage points to show their shapes and details, which MAD based on mountains, rocks and lakes found in traditional Chinese shan-shui paintings.

Among these are a pair of mountainous skyscrapers, which are detailed with huge curved fins that form peaks at the top and deep grooves intended to mimic erosion. The buildings are separated by a big dip down to the 17-metre-high glass lobby at the entrance.

Khoo Guo Jie, who is based in Shanghai and works for Studio Periphery, also captures the four office blocks, which are wrapped by curvilinear balconies that extend out in different directions to create layers like rock strata.

Other images show the two residential buildings, based on river stones, that are set to the front of the complex. One features a curved front corner that steps back to make terraces, while the other has a sloped wall punctured by long balconies.

Chaoyang Park Plaza was first unveiled in images released in September 2013, and its construction started in 2014.

Earlier this year, photographer Edmon Leong also visited the complex to offer a first glimpse ahead of its completion.

MAD, which was founded by Ma Yansong, developed the proposal as part of its Shan-Shui City urban strategy. Named after the Chinese words for mountains and water, it aims to connect future cities with natural forms.

The studio’s other projects influenced by this concept include a mixed-use masterplan for Nanjing, which also features buildings based on mountains.