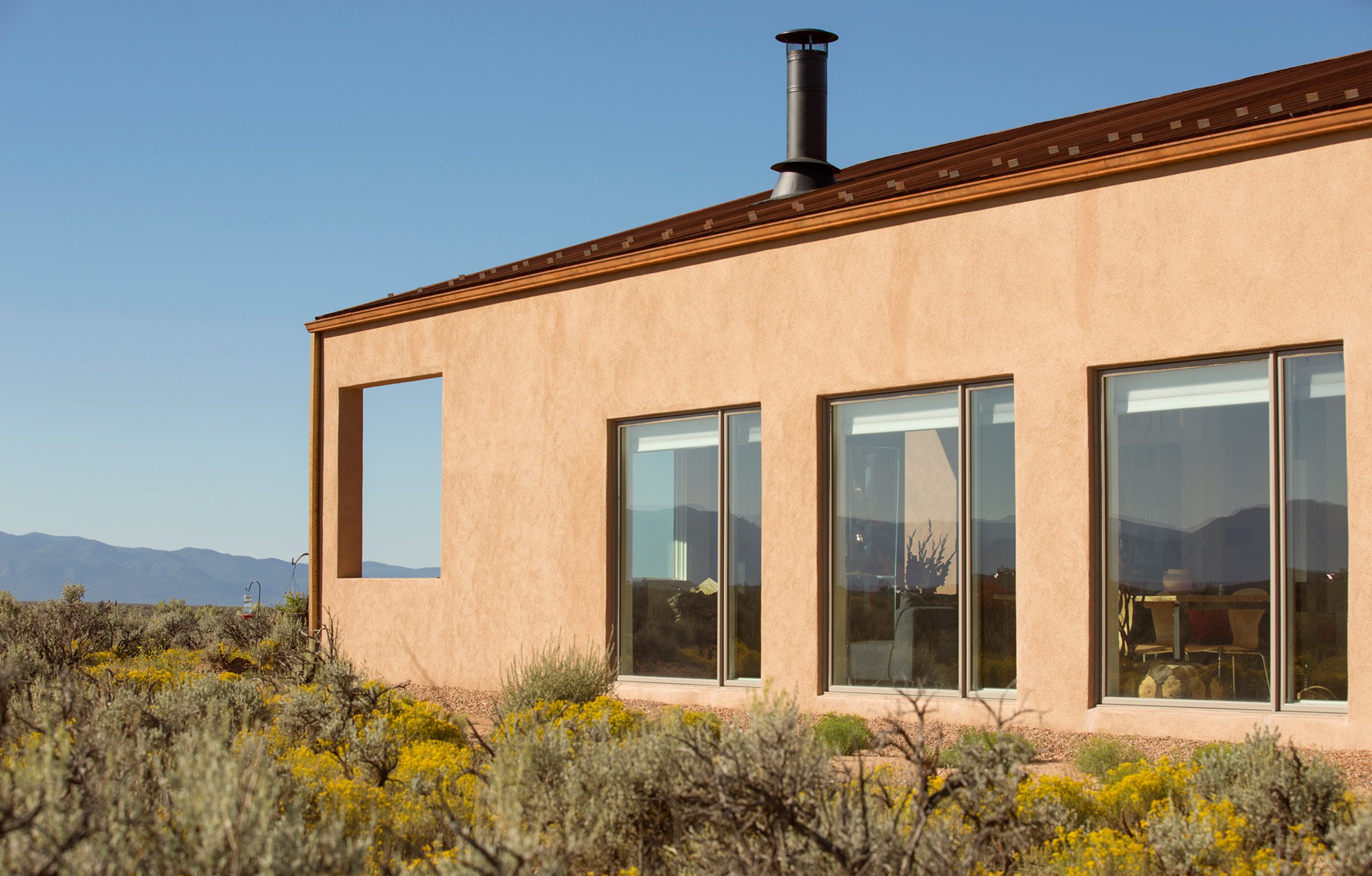 In an arid region known for its traditional adobe architecture, American studio Mollhaus has created a home for an artist with exterior walls that are coated in earthen-hued stucco.

The Rodin Residence is situated in Taos, a picturesque town in northern New Mexico that has long attracted artists. The region is dotted with pueblo-style buildings made of mud bricks and plastered in stucco.

The new dwelling respects the area’s traditional architecture while embodying a contemporary aesthetic.

“Having worked in the international art industry for the past 30 years, and an artist herself, the owner was very familiar with modern design,” said designer Molly Bell, founder of local studio Mollhaus.

“Her own personal art collection helped drive the concept of the project – a home with museum-like white walls, in which to display her collection, while also opening up to incredible 360-degree views.”

Encompassing 2,300 square feet (214 square metres), the residence consists of stucco-clad rectilinear volumes organised around a courtyard. The home’s broken-up massing was a response to the client’s desire to have distinct enclosures for each domestic activity, rather than placing them all under one roof.

The designer incorporated ample glazing, except on the west, “as the sun coming from that direction in the afternoon can be unbearable”, she explained.

The primary living space – containing the kitchen, dining area and living room – is situated on the northeast portion of the compound. It has three large windows that open up to the east, providing views of the Sangre de Cristo mountains.

A terrace, topped with an angled canopy, enables the owner to engage with the landscape while being shielded from the desert sun.

“At the very end of that volume is a patio, which protects the main space from solar exposure, and creates another sheltered exterior environment,” the designer said.

Adjacent to the communal zone is a guest room and laundry facility, along with a wide corridor lined with eclectic artwork. Occupying the southwestern portion of the compound is the master suite. In the bathroom, a glazed corner offers an expansive view of the rugged terrain.

Bell noted that she used two colours of stucco, along with a varied roof line, to emphasise the different forms that comprise the home. In the courtyard, she wrapped a wall in weathering steel.

“Availability and access to affordable materials and labour was one of the most difficult challenges to overcome, being that Taos is somewhat remote,” said Bell. “Ultimately it was an exciting challenge to see what could be made and sourced locally, within budget, and with fidelity to the concept of the project.”

Photography is by Kate Russell.