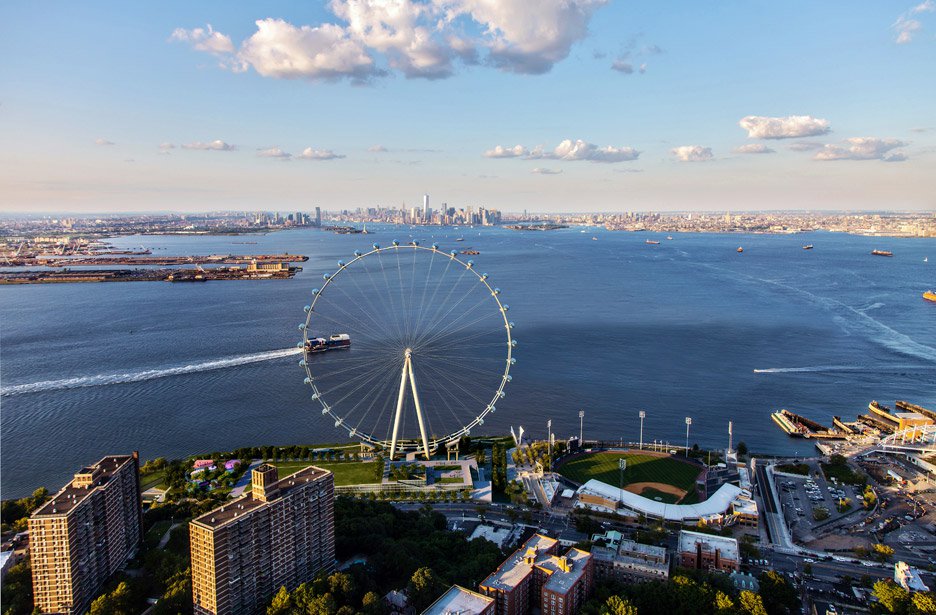 Work on a giant observation wheel planned for New York’s Staten Island has ground to a halt, after a legal battle resulted in the firing of its contractor.

The partnership – made of engineer Mammoet and observation wheel specialist Starneth – suspended work on the project at the end of May 2017, blaming the developer for failing to make payments.

NY Wheel then filed a civil complaint in Manhattan federal court, asking Mammoet-Starneth to resume construction, but withdrew the request after a 30-day mediation period.

NY Wheel alleges it has suffered more than $16 million in damages resulting from Mammoet-Starneth’s delays, and $20 million in lost profits and other damages due to the designer’s breach of contract, according to local news site SILive.

Designed by Perkins Eastman and S9 Architecture, the $580 million wheel is planned to reach 630 feet (192 metres) tall – the equivalent of around 60 storeys – and boast views across New York harbour from Staten Island’s north shore.

Construction is well underway on the project, with its concrete foundations in place and huge supporting legs delivered.

But the developer now needs to find a new contractor able to carry out the work, and raise additional funds to cover the legal fees and costs incurred by the delays, if it is to continue.

“In order to build the wheel, the developer will need to seek out other qualified contractors,” said Nicholas. “This may require additional contractors, resources and even court assistance, resulting in added hardship for the developer.”

“The action that the developer is taking by terminating Mammoet is intended to move The Wheel to completion,” she added.

The New York Wheel was one of several observation wheels planned around the world following the success of the London Eye, completed in 2000. The High Roller in Las Vegas became the tallest in 2014, taking over from the Singapore Flyer, but the New York Wheel is designed to be even bigger.

Staten Island officials were hoping that the wheel would boost development in the surrounding area. The borough is home to New York City’s net-zero-energy school, and a recently extended historic library.