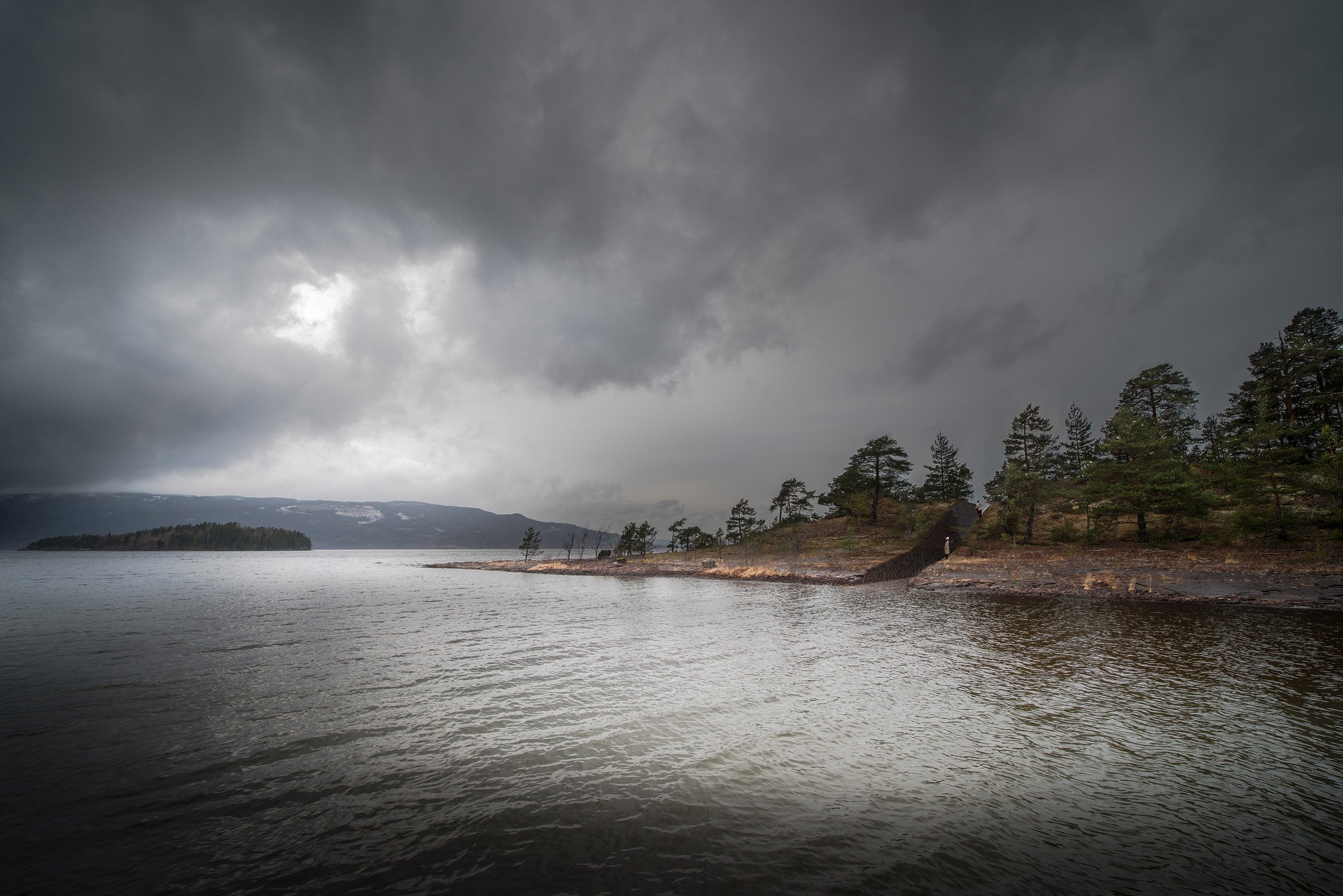 Plans to cut a “wound” into a Norwegian peninsula in memory of the victims of terrorist Anders Breivik have been abandoned following years of opposition from locals.

The Memory Wound memorial, by Swedish artist Jonas Dahlberg, was intended to commemorate the 77 people who died in the 22 July 2011 attacks, which centred on a Workers’ Youth League summer camp on Utøya.

The memorial would have involved cutting a slit into the Sørbråten peninsula just across from the island, but the Norwegian government has announced it is scrapping the plans in response to a lawsuit from residents.

Norway’s minister of communal affairs and modernisation, Jan Tore Sanner, told a press conference last Wednesday that Memory Wound would not be going ahead, and that a different memorial would be constructed at the Utøykaia dock where ferries depart for Utøya instead.

“We have several years of debate behind us about where to place the national memorial,” Sanner said. “We hope to now be able to put a dignified end to this debate.”

The irate group had previously described the memorial as a “rape of nature”, a “tourist attraction”, and a “hideous monument”. They sued the state on the grounds that the project would harm the local community and landscape.

Additionally, the residents – a number of whom had aided victims during the attacks – argued the planned memorial was too invasive and close to their homes.

Dahlberg is yet to comment on the news of that his memorial has been cancelled, but he has previously criticised the Norwegian government for not doing enough to steer negotiations.

“Most comparable memorials in other parts of the world have undergone even longer periods of uncertainty before they were completed, compared to the five years that have passed since the events of 22 July in Norway,” he said in September last year.

“Many have also been surrounded by similarly complex discussions. Overseeing this delicate situation, and gently guiding the conversation, is a responsibility of the government.”

He was also unshaken by the criticisms of locals, saying: “I believe that the purpose of a national memorial site is to honour the lives lost by insisting on a continued and collective conversation about the events leading to it. The conversation itself, even if at times uncomfortable, is what can work as a way of processing the trauma in the long run.”

Dahlberg first unveiled plans for the memorial in 2014. It was intended to create “a wound or a cut within the landscape” to symbolise the feeling of loss created by the concurrent attacks on Utøya and on Oslo, both carried out by far-right terrorist Anders Behring Breivik.

The 3.5-metre-wide slice carved from the peninsula would have made it impossible to reach its headland by foot. A five-minute trail and tunnel was intended to lead visitors to a cutaway facing across the water towards a stone wall inscribed with the names of the victims.

Dahlberg had planned to use the material excavated from Sørbråten to build a second memorial at the government quarter where Breivik had detonated a van bomb in Oslo, forging a connection between the two attack sites.

The Norwegian government had offered to cancel the project and relocate it elsewhere after threats of a lawsuit emerged last year. However, residents declined the offer and continued to push for an end to the project, which they have now secured.

The new memorial destined for Utøykaia is yet to be chosen.