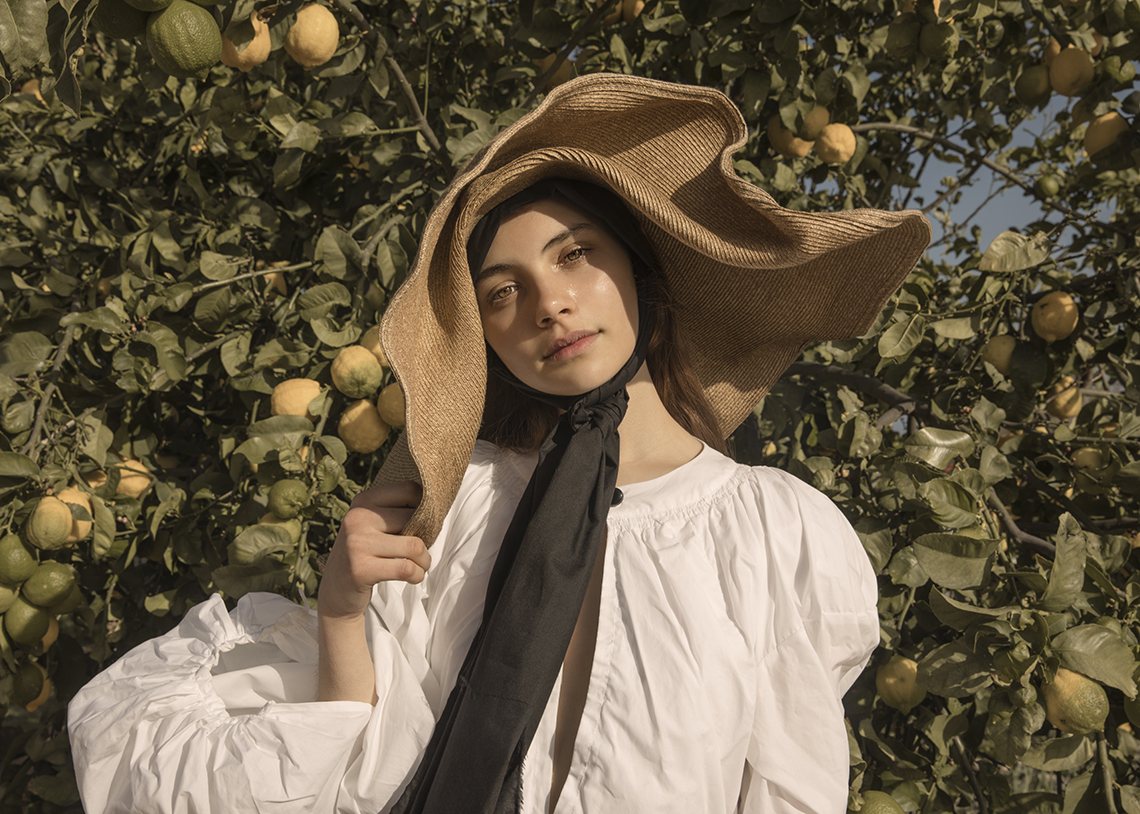 OF by Amanda Shadforth: Margarida

Romantic yet not overtly girly, poetic without being pretentious, the inspiration for the second editorial instalment for OF By Amanda Shadforth was inspired by the nostalgic image of the Portuguese Woman.
When I sat down with my team earlier in the year with an idea to photograph a series of muses for my new venture, the idea of travelling to Portugal came to mind immediately.   The brand ethos for me is about empowering strong and creatively minded individuals with the luxury of wearable art. This project is not just about making beautiful art prints and illustrated t-shirts, but about creating a mood… that is, photographs and stories that reflect the feeling of the OF By Amanda Shadforth world.

Over the years, since launching Oracle Fox, I have collected an archive of nostalgic images of portraits from the early 1900’s of Portuguese women.   Draped in black wearing linen aprons, with sun-kissed skin, balancing baskets and small babies while attending to their daily rounds.  These represent a symbol of the woman of her time, strong, defiant, stead fast and proud.  In an era where we talk about the modern woman and what she represents, it’s easy to overlook that maybe she was there, just in another version all along.  What is a modern woman but a pioneer of her times, one who is shaping the future for herself and is a role model to others.

So with that, we travelled to Olhão, 7 suitcases in tow, and photographed our beautiful muse Margarida in the Portuguese countryside where the smell of lemon fills the air and the sound of the Golfo de Cádiz wind blows gently through the trees.   Inspiration was as bountiful as the olives on the trees and with that I will leave you with the fruits of our labour, we hope that you enjoy our second editorial for Spring 2018 titled simply ‘Margarida’ .. x

The post OF by Amanda Shadforth: Margarida appeared first on Oracle Fox.