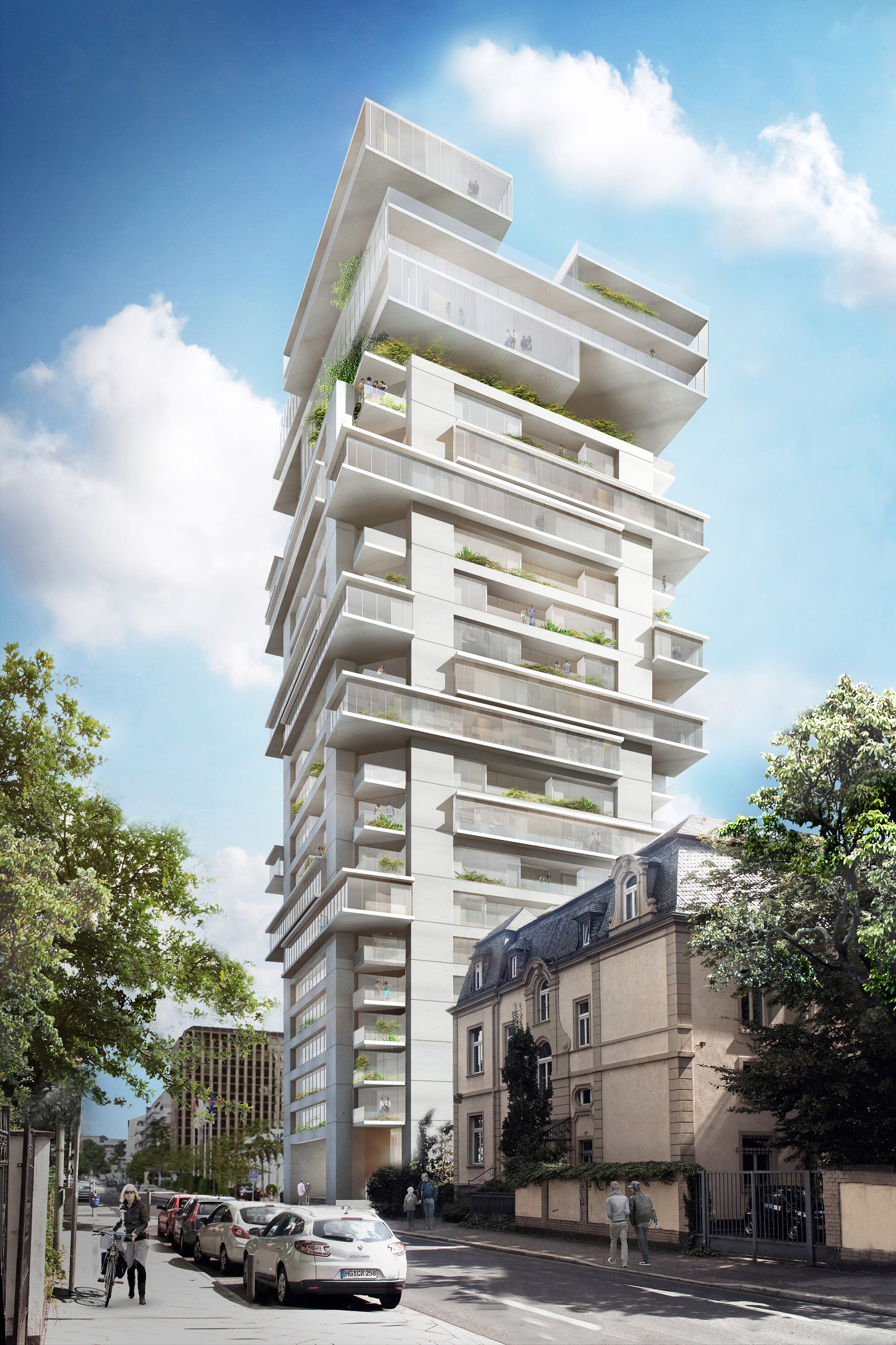 Architect Ole Scheeren has unveiled plans for his first project in Europe, which will see him completely overhaul a 1970s office block in Frankfurt to create 200 riverside homes.

Having spent more than a decade focusing on Asia, the German architect is shifting his focus to his home country. He plans to completely reconfigure a 23-storey office block in the centre of Frankfurt, to create a residential tower with a Jenga-like form.

Scheeren wants the project to become a model for how tower blocks that are no longer fit for purpose can be given a second life.

“After focusing on Asia, where the topic was very much the future, and everything had to be reinvented, I like the idea of coming to Europe and being in a different situation,” he told Dezeen.

“This project is about the positive reinterpretation of an existing structure,” he continued. “I think it’s very topical for Europe to look at all the things that have became outdated, and to see what we can make out of them.”

Riverpark Tower will contain 220 apartments over 23 floors. These will be created by inserting modular, glass-fronted units into the tower’s existing concrete framework – only possible because the building boasts a free-spanning structural framework.

These units will cantilever out at different points, giving the building an irregular silhouette.

The huge concrete supports at the building’s four corners will be cut away at the top, allowing space for new loft apartments. Meanwhile, the base will be completely reshaped to create a dramatically curved atrium.

The new homes will boast panoramic views of the city’s skyline and the Main river.

“It’s quite a serious intervention, prompted by necessity not ambition,” said Scheeren.

“When you look at the building, you will probably not even think that it was an existing building – it will look much more new-build than most of the new-build things that go up around it.”

Scheeren ranked at number 161 on the inaugural Dezeen Hot List. The architect was a director at OMA and project architect for the CCTV building, before leaving to establish his own firm Buro Ole Scheeren in 2010.

The firm’s completed projects include his “vertical village” The Interlace in Singapore, and he is also soon to unveil a major new arts centre in Beijing. In a past interview with Dezeen, he said he liked working in Asia because it has “a certain fearlessness and vision for the future”.

Riverpark Tower is his first project in Europe. The project is backed by developer GEG German Estate Group and Scheeren expects construction to start in late 2018.

The architect also recently revealed his first project in North America – a skyscraper for Vancouver.

Ole Scheeren: Asia has “a certain fearlessness and vision for the future”