OMA gets green light for £110 million arts centre in Manchester 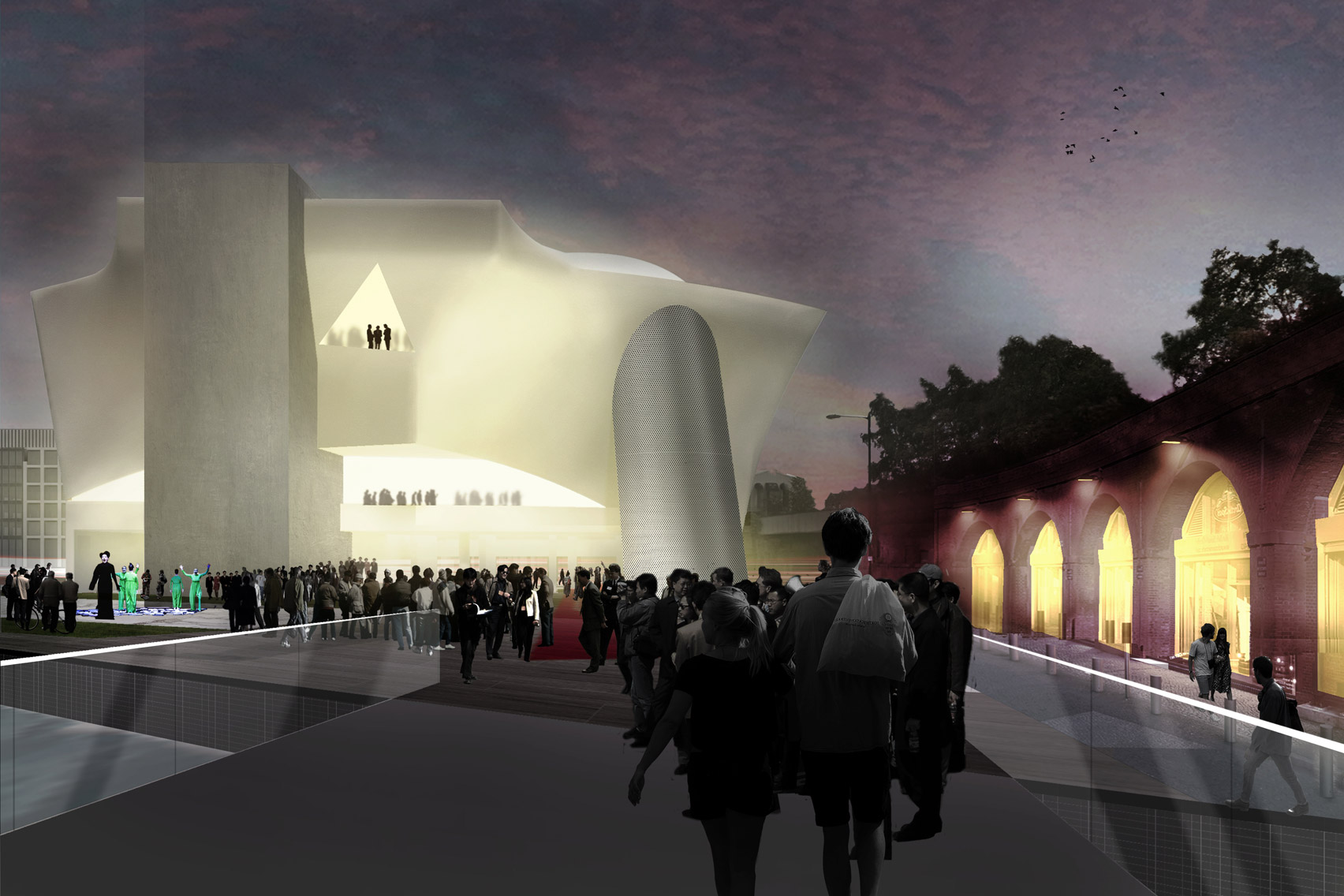 Rem Koolhaas’ firm was granted planning approval by Manchester City Council for the £110 million arts centre, which the studio first revealed designs for back in 2015.

The new theatre and arts venue will be built on the site of the former Granada TV Studios in the city’s St John’s neighbourhood.

The studio, which closed in 2013, was used to record a host of television series, including Coronation Street and University Challenge.

The plans show two adjoining blocks: one a rectilinear volume with a scooped roof and slatted facade, and the other a multi-faceted form with irregularly shaped balconies.

The transformation of the site is being led by OMA partner Ellen van Loon with Rem Koolhaas, and construction is set to begin in spring 2017.

“Much of my professional life has been spent undoing limitations of the traditional typologies,” said Van Loon.

“From classical opera and ballet to large-scale performances and experimental productions, Factory in Manchester provides the perfect opportunity to create the ultimate versatile space in which art, theatre and music come together: a platform for a new cultural scene,” she added.

Factory will be used to host dance, theatre, music, opera, visual arts and spoken word events. The venue will be run by Manchester International Festival, which will also run a biennial festival in the city.

OMA is working with developer Allied London on the project, which is describes as a “groundbreaking new venue driven by the extraordinary creative vision and breadth of Manchester’s cultural life”.

The venue is expected to bolster the area’s economy by £1.1 billion over the coming decade, generating 1,500 jobs and luring tourists to arts venues in the north of England.

Rem Koolhaas and OMA came in at number 12 on the Dezeen Hot List, a guide to the most read about architects, designers and institutions of the last year.

The office has just completed a trio of buildings for a new cultural district in Miami Beach, a new home for London’s Design Museum and revealed its cancelled plans for London’s Ministry of Sound nightclub.

The post OMA gets green light for £110 million arts centre in Manchester appeared first on Dezeen.