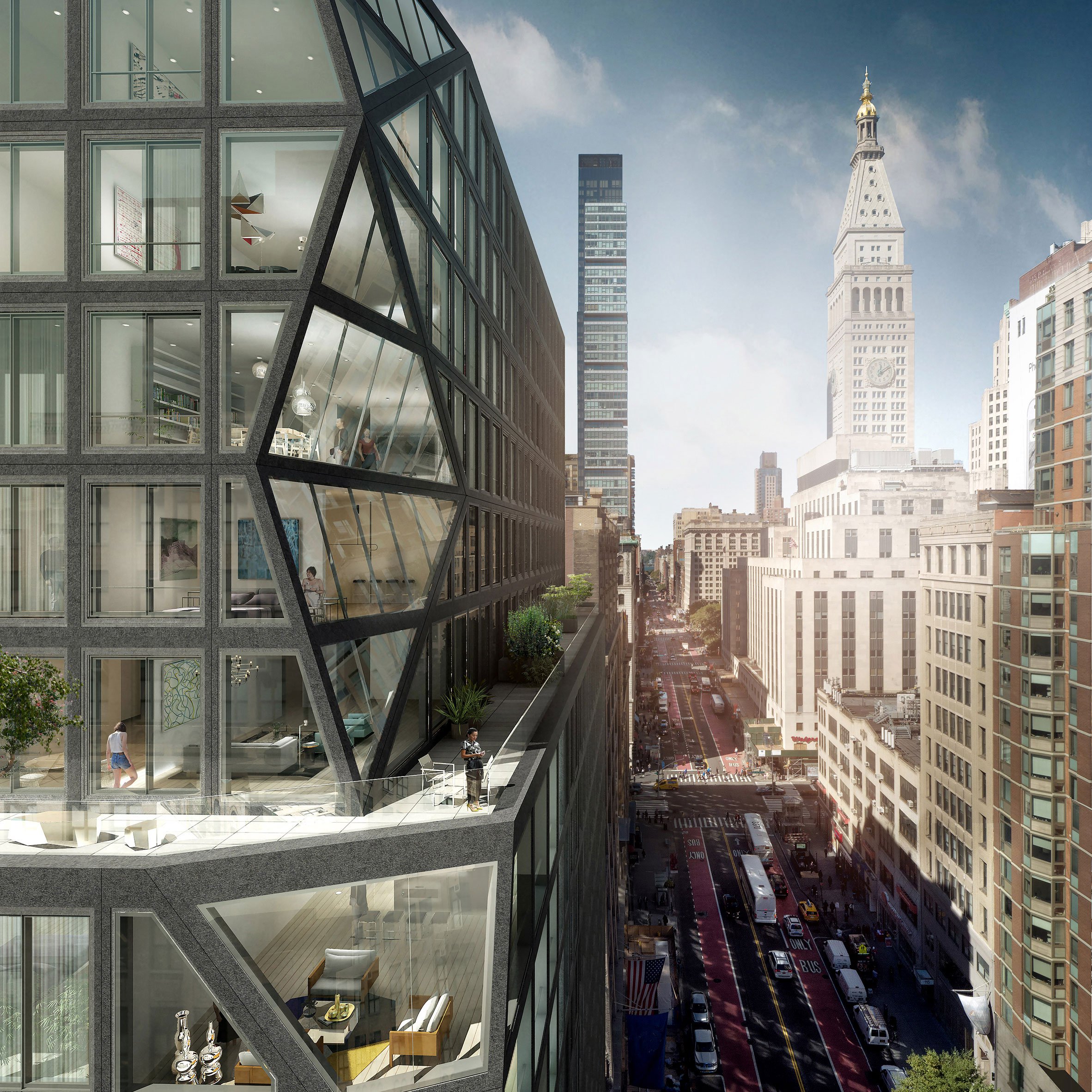 A huge slice filled with terraces and trees will be cut through the centre of OMA‘s 88 Seaport development in Boston – the firm’s first project in the city.

Dutch studio OMA designed the 18-storey building, featuring a mix of offices and shops, for the Boston Seaport – a “dynamic and vibrant” area of the city undergoing renovation.

Called 88 Seaport, the building will feature a huge angular section cut out of its middle, creating space for cascading terraces. Glazing will wrap the inner section so that the building appears to be pulled in half.

The architects created the slice to open the building to its surroundings, including nearby public green, the Fan Pier Green, and the waterfront.

“Our design for 88 Seaport slices the building into two volumes, creating distinct responses for each urban scale of old and new, while also accommodating diverse office typologies for diverse industries with demands for traditional and alternative floor plates,” said project lead and OMA partner Shohei Shigematsu.

“The slice also generates an opportunity to draw in the district’s public domains, linking the waterfront and Fan Pier Green with a continuous landscape,” he continued.

OMA designed the building for Massachusetts-based property developers WS Development and is among several firms contributing to its masterplan.

“We are committed to bringing world-class architecture to Boston’s Seaport – architecture that will stand the test of time,” said Yanni Tsipis, the senior vice president of Seaport at WS Development.

“Together with the brilliant team at OMA, we will create a unique urban environment that advances Boston’s innovation economy and celebrates great urban design.”

Construction for 88 Seaport is expected to start next year, with its completion slated for 2020.

OMA – which ranked at number 12 on the Dezeen Hot List – is an international firm with offices in Rotterdam, Hong Kong, Brisbane, New York, Doha and Dubai.

The firm, founded by Rem Koolhaas, is also building its first project in New York – the 121 E 22nd residential tower.

Rendering is by Bloom.