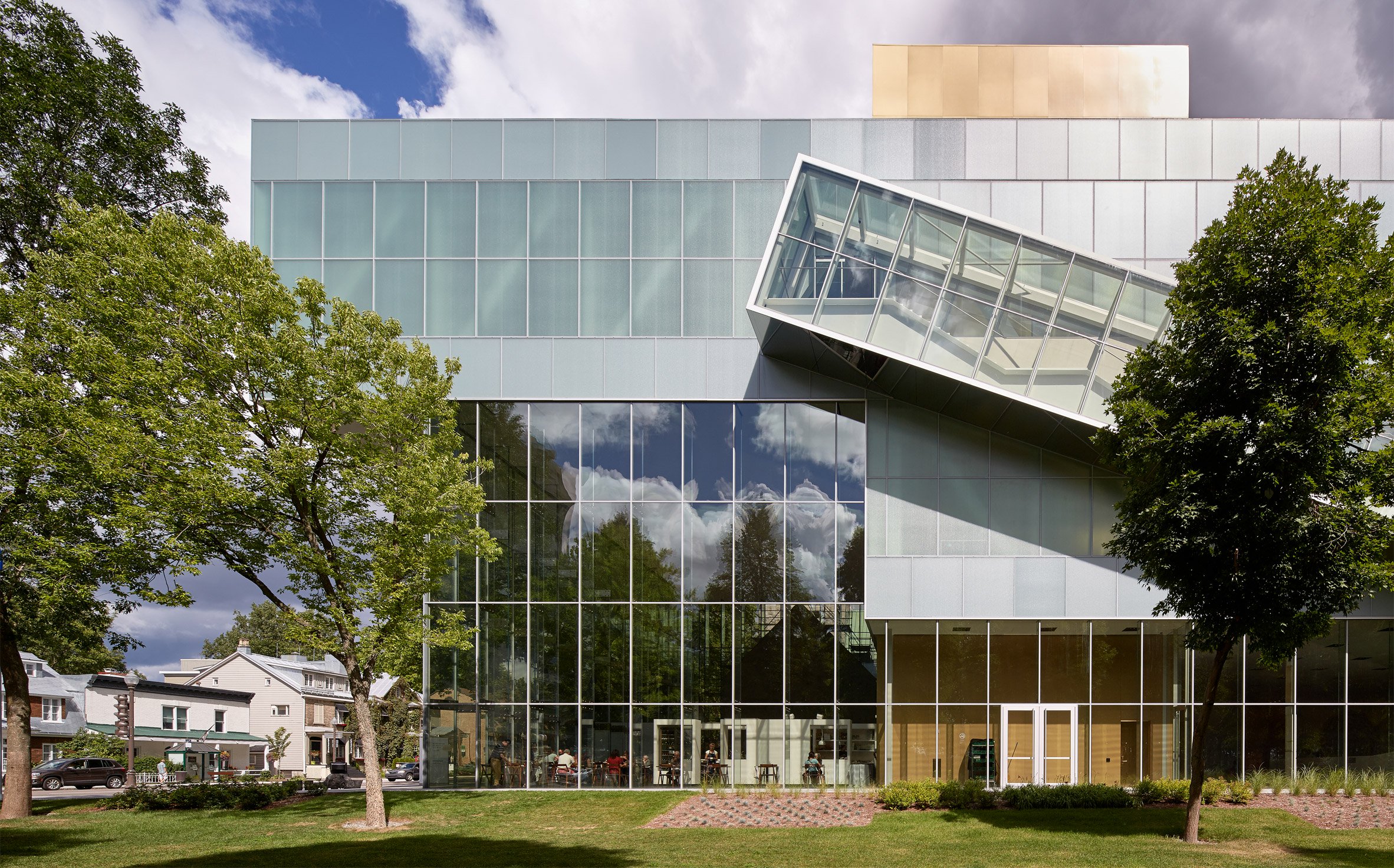 These photographs provide a more detailed look at OMA’s extension to the Musée National des Beaux-Arts du Quebec, described as the largest cultural project in the Canadian province when it opened this summer.

The images by Doublespace Photography show the Pierre Lassonde Pavilion after it began welcoming the public in June 2016.

The series of stacked, stepped volumes has doubled the size of MNBAQ, located in Quebec’s Parc des Champs-de-Bataille and facing onto the city’s busy Grande Allée.

The 14,900-square-metre building is the first project in Canada by OMA New York, which worked with Montreal firm Provenchor Roy to create the link between the street and the museum’s three older buildings.

Architectural features include a 12.5-metre-high glazed lobby, sheltered by a cantilevered roof that projects over a plaza in front.

A huge staircase spirals up three storeys at heart of the building, while a second flight connecting the top floors is housed an angled box on the side.

“The building aims to weave together the city, the park and the museum as an extension of all three simultaneously,” said the OMA team, led by partner Shohei Shigematsu.

“The contrast between the translucent gallery boxes and clear grand hall reinforces the reading of the building’s stacking and cantilevering massing.”

OMA’s other cultural projects include the Garage Museum of Contemporary Art in Moscow and the Fondazione Prada centre in Milan.