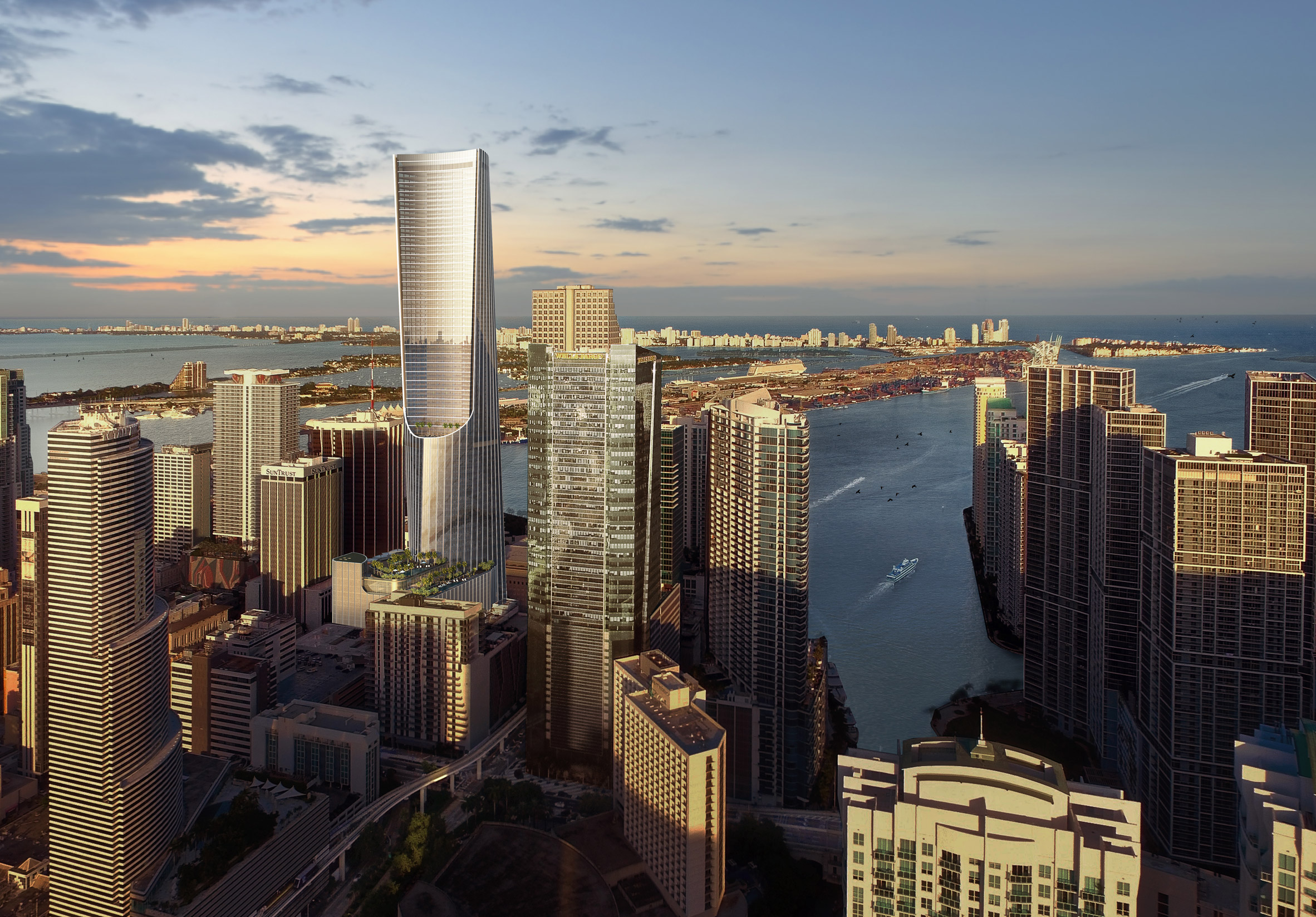 One Bayfront Plaza in the Downtown area will rise to 1,049 feet (320 metres) – the recently revised height restriction set by the Federal Aviation Administration, which exists due to the proximity of Miami International Airport.

There are now several towers planned at the height limit, including the The Towers by Norman Foster’s firm in the Brickell neighbourhood, which will all become the tallest buildings on America’s East Coast outside of New York.

KPF‘s design will provide a contrast to its largely rectilinear neighbours. Its glass sides will curve up from a triangular base, with the shape accentuated using vertical lines.

The mixed-use tower will house 104,000 square feet (9,660 square metres) of retail space at its base and will connect to a Metromover transit station on the other side of Biscayne Boulevard.

The project is the latest in a string of developments in Miami and nearby Miami Beach, where Zaha Hadid Architects, BIG, Renzo Piano, OMA and more have projects underway or recently completed.

KPF is behind some of the world’s tallest skyscrapers, including a design set to become the second-tallest building in New York, which broke ground last year.

Outside the US, the firm has also completed the tallest tower in South Korea, as well as several supertalls – buildings measuring from 980 feet (300 metres) to 2,000 feet (600 metres) – in China.

These include the Ping An Finance Center in Shenzhen, the Shanghai World Financial Centre, the International Commerce Centre in Hong Kong and the CTF Finance Center in Guangzhou – which recently became the country’s second tallest building.