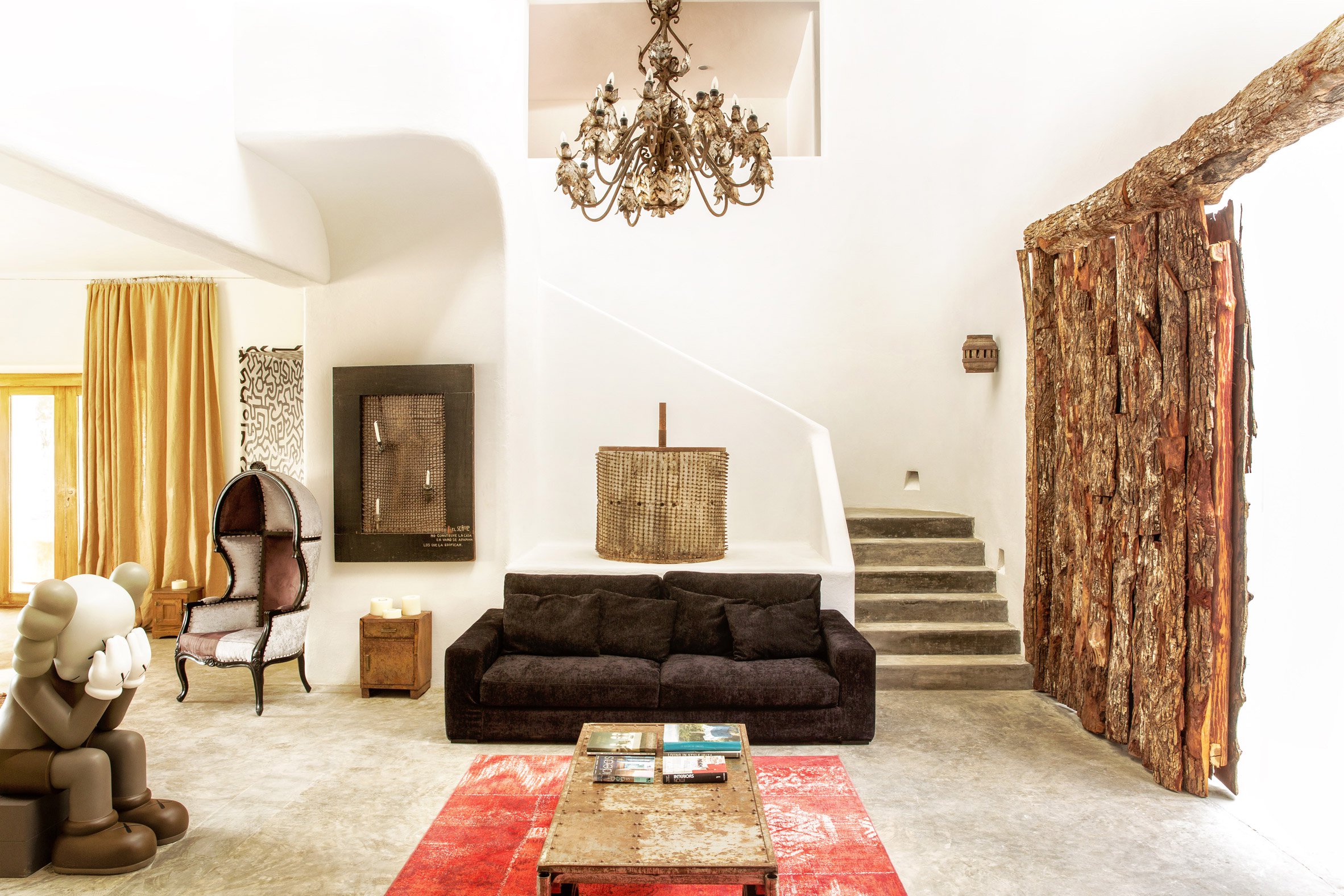 A prominent art dealer has turned an estate once owned by infamous drug baron Pablo Escobar into luxury accommodation filled with items from his collection.

Located in the Mexican beach resort of Tulum, Casa Malca was renovated and turned into a hotel by New York-based Lio Malca – who deals contemporary works by the likes of Jean-Michel Basquiat and Kaws.

The property was abandoned after Escobar – the world’s wealthiest-ever drug lord, who built and acquired many properties for himself across the Americas – died in 1993. His life story forms the basis for current Netflix series Narcos.

The villa was rediscovered in 2003 and returned to its original owner, before Malca stumbled upon the mansion in 2012 and bought it soon after.

He has since embarked on an ongoing project to overhaul the buildings and surrounding land into a five-star hotel, operated by Design Hotels.

It opened with nine bedrooms in 2015, but Malca is constantly adding to the site, which hugs 180 metres of white sand beach.

After a short drive along a winding palm-lined track, guests arrive at a forecourt covered with Persian rugs.

A pair of giant doors disguised in a huge wall covered in tree bark form the principle entrance.

Inside the lobby, paintings, sculptures and furniture by some of the most revered contemporary artists and designers are displayed against white walls and polished concrete floors.

The art across the hotel is frequently rotated, so returning guests can enjoy different works.

Other ground-floor rooms in the villa include a bar lined with graphic black-and-white wallpaper.

A spiral staircase provides access to the roof, where a terrace bar frequently hosts events and a tower offers views over the lush tropical landscape.

Along with the accommodation in the mansion itself, a row of small two-storey buildings was recently built along the beach in the same architectural style.

Each has one guest suite per floor – bringing the hotel’s total to 35 rooms. Plans are in place to add more.

Full-height glass doors slide open directly onto the sand, while the tall rooms are decorated with a stark palette similar to the main property. Red velvet curtains, rugs and other soft furnishings add colour.

At the end of the row is a larger building that houses another bar and restaurant, which is panelled with chunky lengths of rough timber.

Tables spill onto patios that face the beach and a large swimming pool, which is lined with iridescent blue tiles.

There’s also a hidden underground steam room that lights up in different colours like a James Turrell installation, and exits directly to the pool.

Locally made hammocks slung between palms and wooden cabanas on the sand provide ample opportunities to lie and relax.

Tulum is located on the Caribbean coast of Mexico’s Yucatán peninsula, known as the Riviera Maya. The area has become a trendy getaway destination in recent years and subsequently seen a boom in hotel development.

Further up the beach, a sculptural treehouse suite was recently added to an eco-resort.