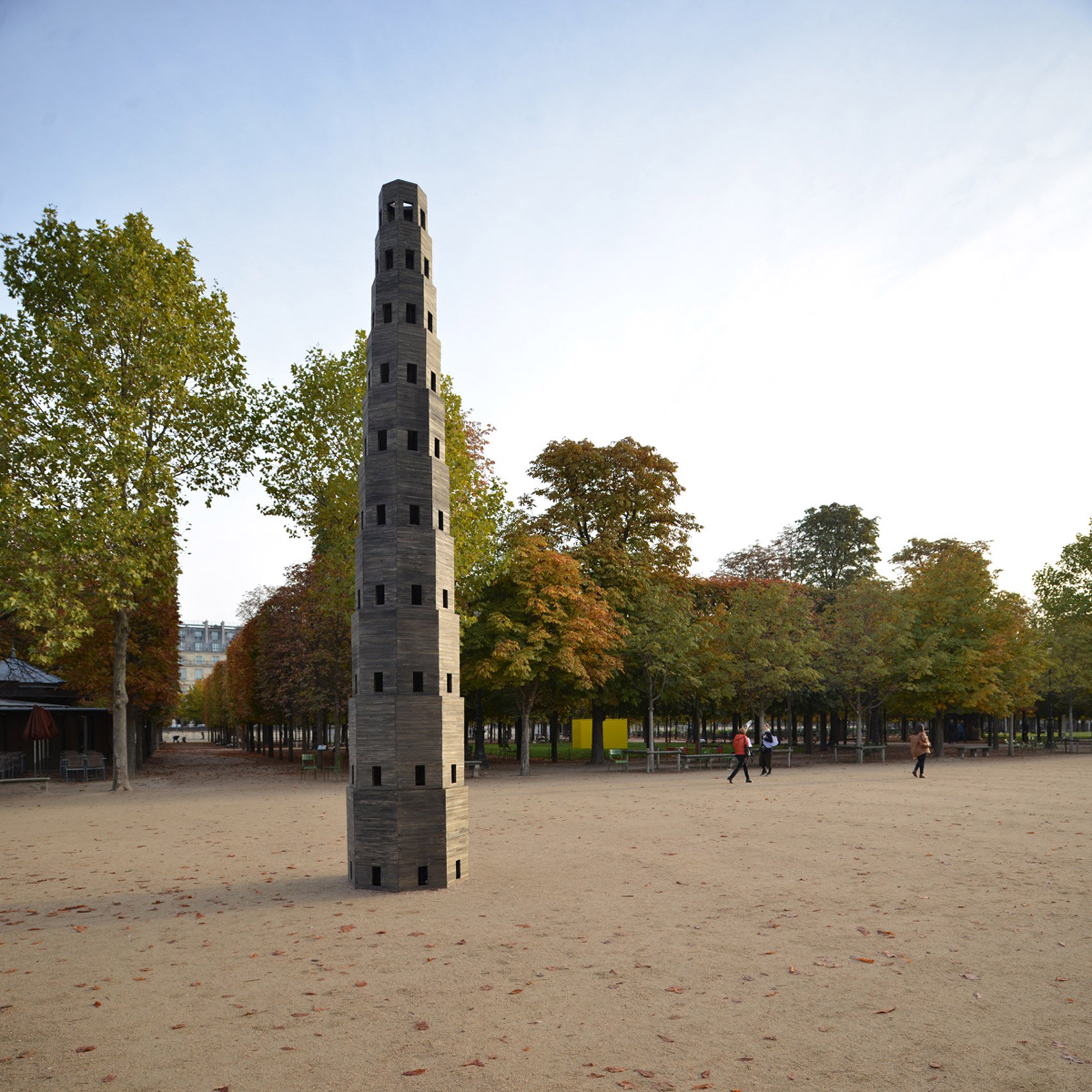 There is only enough room for one person inside this tall skinny pavilion that Chilean studio Pezo von Ellrichshausen has built in the Jardin des Tuileries in Paris.

In keeping, the seven-metre-tall structure is also intended to be “read as a tenth of another building.”

“This column – a hollowed octagonal shaft that decreases its size upon ascension – embodies an ambiguous scale, resonating with historic landmarks while distorting the perspective of the most monumental axis in Paris,” said the architects.

“Despite its modest size, this ambitious tower echoes many fictions: a babel barbican, a ziggurat, a lighthouse, an epic pedestal or an obsolete telescopic observatory,” they added.

But unlike the drums, these don’t decrease in size towards the top of the tower – so the structure couldn’t be any taller without changing the sequence.

“The wooden object reveals a method based on internal rules, on the almost tedious repetition of basic architectonic decisions, on a limited set of familiar resources for a unique sense of character and individuality,” said the duo.

Inside, the tower’s simple pine framework is revealed and occupants are invited to look up to the sky through an octagonal hole in the top.

Pezo and Von Ellrichshausen were invited to create the tower for the International Contemporary Art Fair (FIAC) – an annual event that has previously included structures by Kengo Kuma, Sou Fujimoto and Ronan and Erwan Bouroullec.

It echoes the mathematical approach employed by the architects for many of their past projects, which include a maze-like pavilion made up of 10 overlapping cylinders and a house containing 10 matching rooms and no corridors.

Photography is by Pezo von Ellrichshausen.