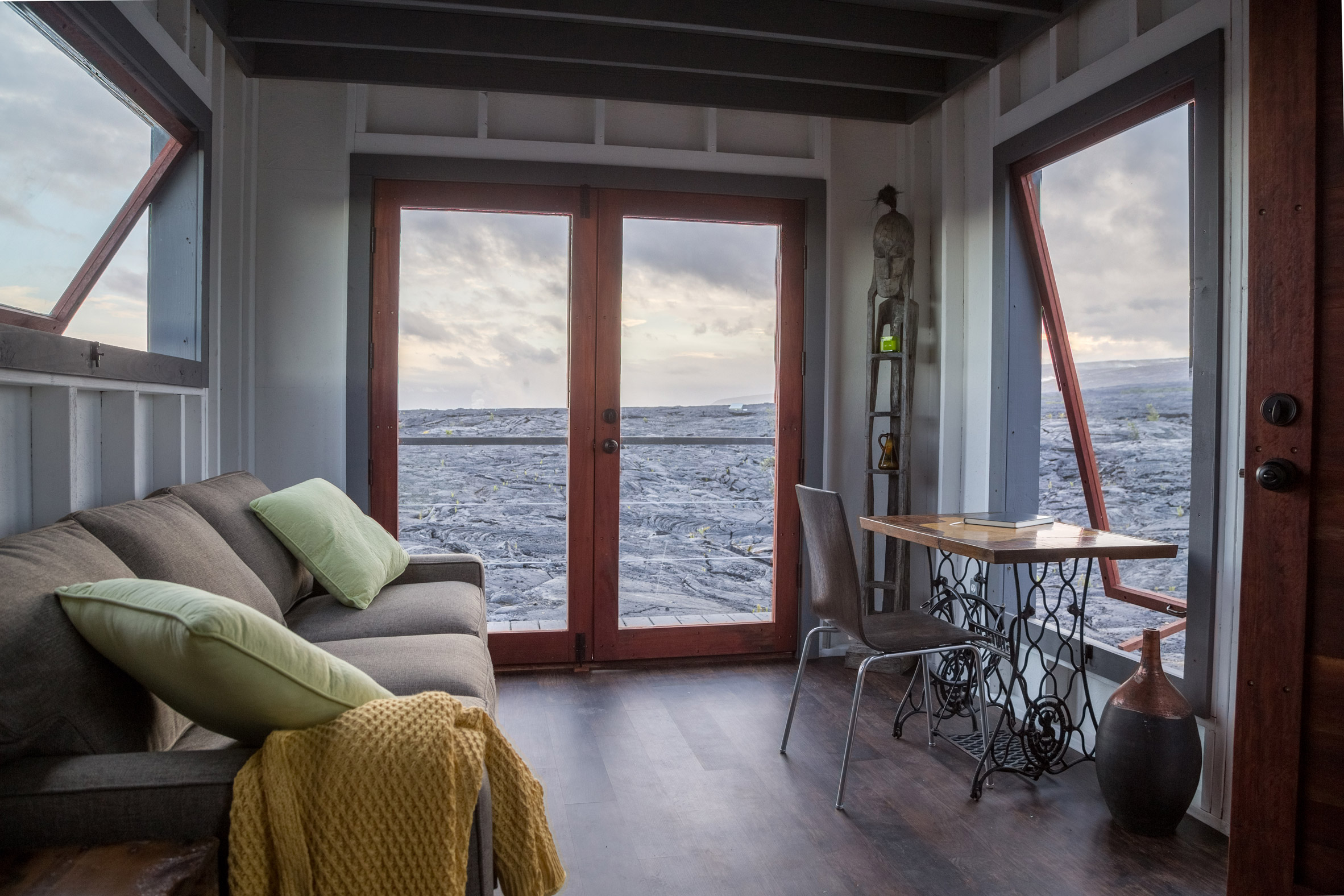 This tiny guest house by designer Will Beilharz stands on a lava field on Hawaii‘s Big Island, and has views of the steam produced where molten rock flows into the sea.

The 450-square-foot home is named Phoenix House as it is “literally rising from the ashes” of volcanic activity in the area. It is located in an off-grid community in Kalapana, at the base of the Kīlauea volcano – which has been continuously erupting since 1983.

Designed by Will Beilharz, founder of sustainable tourism company ArtisTree, the house is available for guests to book. Visitors only need to cycle four miles (6.4 kilometres) to watch molten lava fall 100 feet (30 metres) into the sea, and the resulting steam created where the hot liquid hits the cold water is visible from the house.

The building is clad in wood blackened using the ancient Japanese charring technique of Shou Sugi Ban, to blend with the dark surrounding landscape. Recycled, rusted corrugated metal covers the roof to mimic the colour of the hot lava.

“We built this house with deep respect for Mother Earth,” said Beilharz. “For that reason, you will find the design minimalist, the development footprint light, and the result is one with its surroundings.”

Split into three tiered sections, the home reaches two storeys at its highest point – where a double bed can be accessed from a ladder. Large windows provide views across the desolate expanse, while patio doors open from the ground-floor living space onto a small balcony.

Beilharz decided to add a property in Hawaii to his portfolio of treetop vacation rentals worldwide after visiting the island in 2006.

Without tall trees to anchor the building to, he took a different approach and simply constructed it at ground level. The home is raised off the bumpy surface on short stilts to minimise its impact on plants beginning to seed the area.

“Phoenix House, named after the mythical bird whose story is about rising from the ashes and the cycle of death and rebirth, is a place where people can stir their own next transitions or come to peace with the ones they are currently experiencing,” he said.

Phoenix House costs between $100 and $150 per night, and can be rented through Airbnb. Nearby, Californian architect Craig Steely completed a concrete home divided into two halves.

The post Phoenix House sits at the base of the world’s most active volcano appeared first on Dezeen.