Plywood core runs through centre of Philadelphia townhouse by ISA 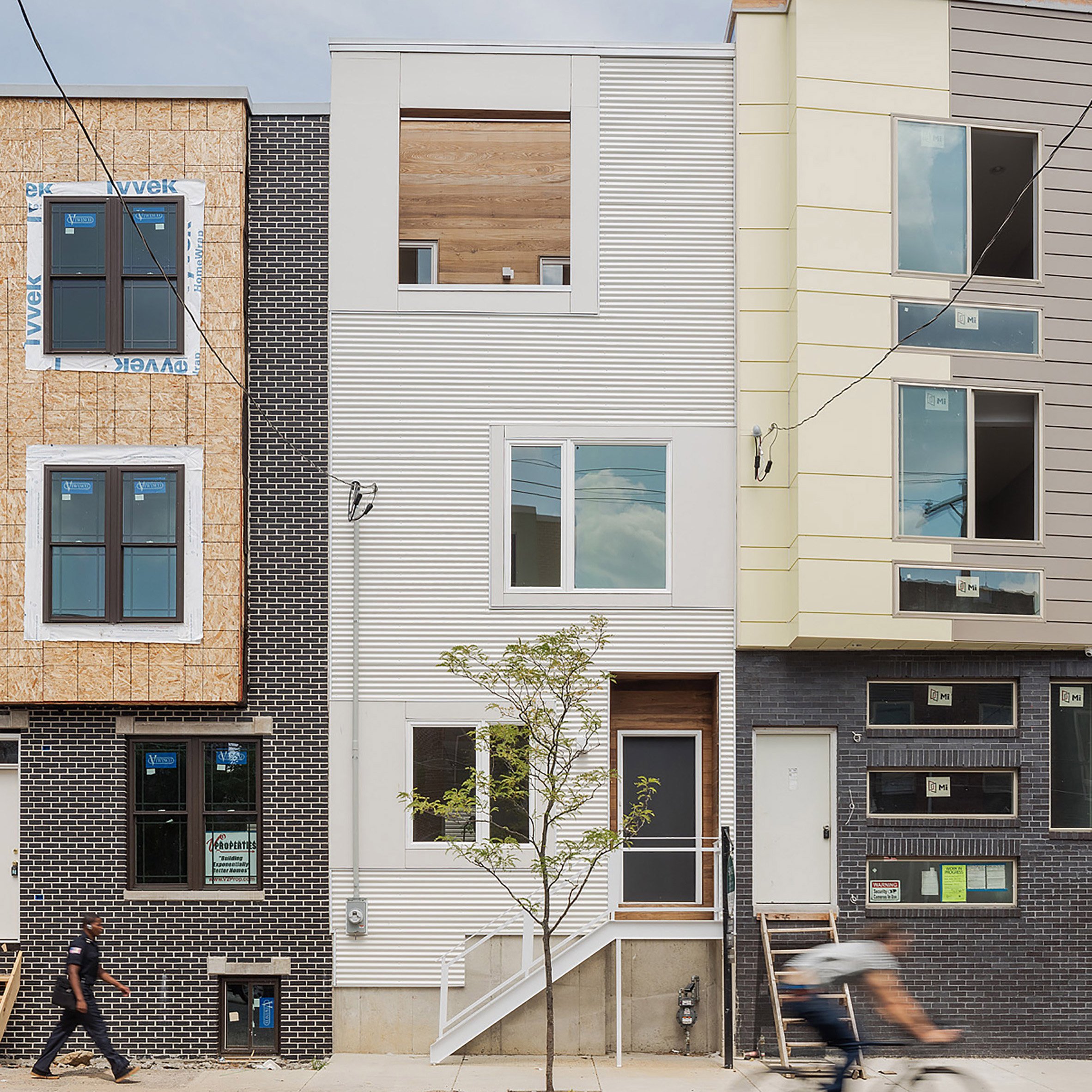 American firm Interface Studio Architects has built an all-white townhouse in a gentrifying part of Philadelphia, with a plywood core running up its middle.

Located in Kensington, just north of the city’s Fishtown art district, the Outside-In House is one of a growing number of revitalisation projects in the area.

“After 50 years of declining population, Philadelphia is experiencing a massive construction boom,” said Interface Studio Architects (ISA). “While long-standing neighbourhoods have incrementally densified, areas of North Philadelphia – once characterised by overwhelming levels of vacancy – are now on the frontline of a rapid housing expansion.”

Built between two other townhouses as part of a row, the townhouse’s white exterior makes it stand out from the older buildings in the area, which are covered in either vinyl siding or red brickwork. An inset deck on the top floor with a partially covered roof overlooks the street.

Inside, ISA designed a birch plywood centrepiece for the three-storey home. “Outside-In House inverts typical expectations, placing value back inside the rowhouse… [and] is organised around an interior core,” said the firm.

The layout is mirrored on each floor, with three central pods stacked on top of each other. While offering structural support, the pods also house washrooms, storage areas and the kitchen on the various levels, connected by staircases tucked behind the core.

Upon entering the home is a dining room and a kitchen with lacquered, white cabinets. Towards the back, a living room has access to an enclosed patio with black slate tiles and slatted wooden walls. On the second level is a flex-space with seating, and a bedroom overlooking the back garden.

The entire top floor accommodates a master suite with a private bathroom and a walk-in closet. The open-air space also has a study area and a private deck with a semi-covered roof overlooking the street. Whitewashed hickory floors line the house throughout.

ISA’s other projects in its home city include an apartment complex in Francisville with alternating facades of metal, grey brick and wood.

The post Plywood core runs through centre of Philadelphia townhouse by ISA appeared first on Dezeen.