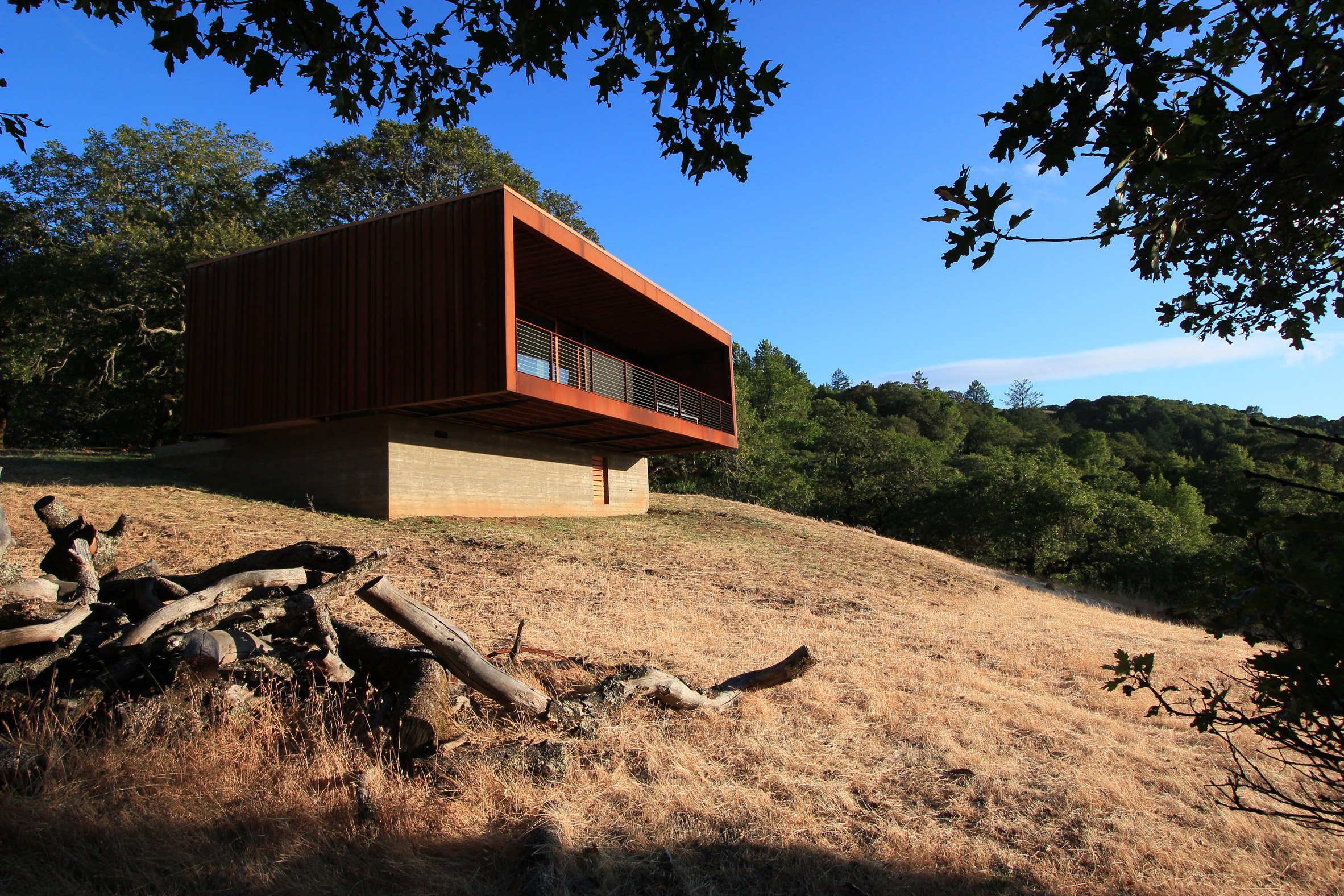 Minnesota-based firm Alchemy Architects has completed a home in California‘s Sonoma Valley, which comprises two separate modules that were almost entirely prefabricated before being brought to site.

The two modules that make up the home were the result of a cross-country collaboration between the architects and client, who is also a designer.

“The home was designed in Minnesota for a client in San Francisco, built in Oregon, and shipped 90 percent complete to its site in Santa Rosa, California,” said Alchemy Architects.

“The project proved to be a best-case scenario for illustrating the efficiencies of prefabrication.”

The larger one, which encompasses 640 square feet (59.5 square metres) is for the owners, and includes an open-plan kitchen and dining space.

Another “abridged version of the larger module” lies 15 feet (4.5 metres) away, and is for guests.

It features a whitewashed oak wardrobe that creates a wall for the bathroom. In addition to providing privacy, this feature also acts as a storage unit.

Both volumes have direct access to private balconies, which run the whole length of their respective facades and overlook the dramatic landscape.

“The valley is rich with vineyards, a state and a regional park, and the town of Santa Rosa,” said the architects. “Maintaining expansive views was paramount to the client.”

The modules used are based on the weeHouse prefabrication system created by Alchemy Architects, intended to minimise costs and onsite assembly.

“Each weeHouse is a compact, economic design that celebrates ‘the luxury of less’,” according to the designers.

Recent examples of prefabricated homes abound in the US.

SHoP Architects has completed a modular residential high-rise made of prefabricated units in the centre of Brooklyn, while in Arkansas, a group of university students created a prefabricated dwelling with a long, glazed cantilever that shows off its structure.

Five of the best houses in California on Dezeen