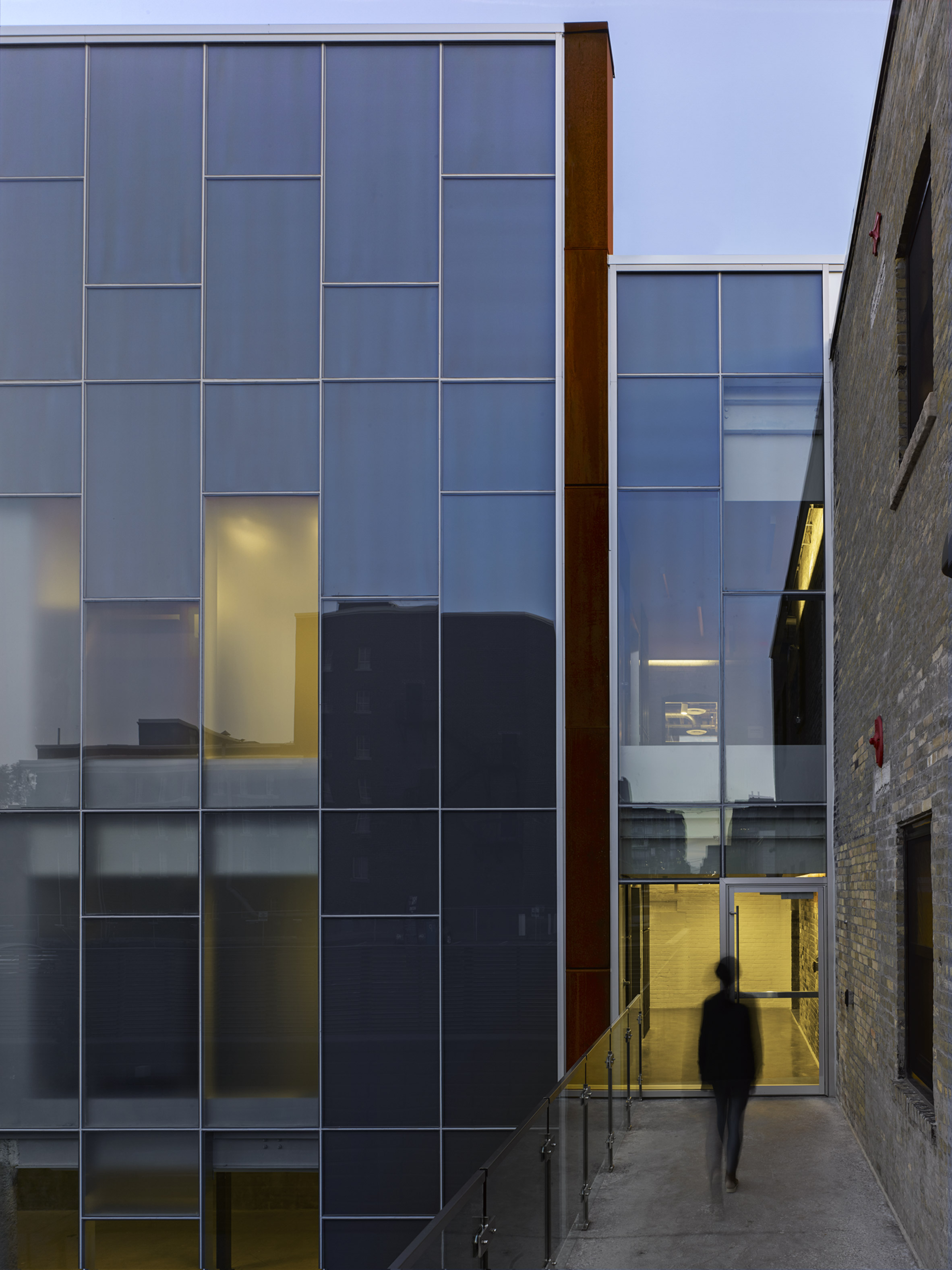 Canadian firm Quadrangle Architects has transformed a 19th-century brick building once used to store wine into a workspace for designers, artists and tech companies.

L-shaped in plan, the brick building was constructed in 1898 as a wine warehouse, but later became a storage facility for a department store. It was converted into artist studios in the 1990s.

“After a century of renovations, the exterior was in rough shape, the interior was congested and convoluted and the building seemed slated for demolition,” said Quadrangle Architects, a Toronto-based firm established in 1986.

The project involved fully refurbishing the building, and transforming it into an office and retail space.

The team started by stripping away elements that had been added over the years, returning the building to its original state.

The team then added a circulation volume sheathed in Corten steel and glass, which aims to “honour the industrial vernacular of the area”. Constructed on the side of the building, the new volume improves flow and unifies the varying floors.

The team also created a new outdoor, sunken courtyard that is accessed from an existing basement. The lower level is now a bright and open space that can be occupied by a restaurant and beer garden.

New construction is denoted by grey brick, which contrasts with the existing buff brick.

“The updated design and materials visually illustrate the building’s history,” the studio said.

Artistic elements were incorporated throughout the project.

The team painted a supersize “60” – the building’s address – on the south facade to draw attention to the facility and increase brand presence. Inside, wall panels feature a historic map of the neighbourhood.

The architects said the project demonstrates the value of adaptively reusing old buildings.

“The true meaning and value of heritage is not the restoration of existing bricks and mortar, but a repositioning which gives new life, new relevance and usefulness for the future,” they said.

Photography is by Ben Rahn.