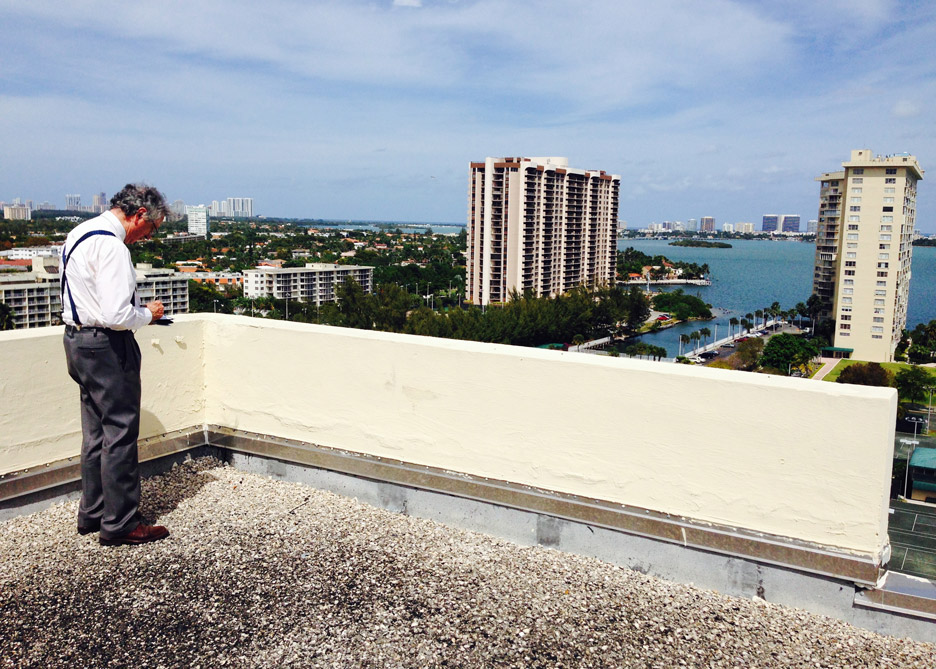 Rafael Moneo, the 1996 Pritzker Prize winner, has been tapped to design his first Miami project: a pair of upscale residential towers intended to revitalise the once-famous Jockey Club.

Called the Apeiron – which means “limitless” in Greek – the towers are designed by the Spanish architect to be built in the ageing Jockey Club complex, located at 11111 Biscayne Boulevard in north Miami.

The Jockey Club served as a popular nightlight destination in the 1970s, but it fell out of favour over the years as attention shifted to areas such as South Beach. The Moneo project is intended to help restore the property’s prominence, according to the development team.

The towers would be built on 13 acres (5.3 hectares) that presently serve as common grounds. Collectively, the new buildings will contain 240 luxury condominiums ranging from 1,500 to over 4,500 square feet (140 to 418 square metres). One tower will also house a 90-key boutique hotel.

The plans also include a wellness centre, clay tennis courts and outdoor pools, along with the reconstruction of an existing marina with slips for deep-water yachts.

“One of the first things to strike me about the chance to build at Apeiron was the opportunity to design not just with the architecture, but with the gardens, with the marina and with the views,” said Moneo in a statement.”I think what will distinguish the buildings there is the way they are integrated with an experience enriched by all these ingredients.”

Related story: Penthouse in BIG’s twisted Miami towers is on sale for $28 million

The interior design will provide visual connections to the outdoors, although the units will not be heavily glazed nor wrapped with balconies. “The architect has purposely avoided surrounding units with terraces on all sides,” the team said. “This balanced approach creates units that will feel more like comfortable homes – with walls and windows – than glass boxes with nothing but floor-to-ceiling glass.”

The project is not without controversy. Earlier this year, Jockey Club residents filed a lawsuit in an effort to halt the project, as they are concerned the towers will increase traffic and drive down property values in the older buildings. “There really aren’t any appreciable benefits for the existing tenants,” a resident told The Real Deal.

Moneo, 78, is known for projects such as the Prado Museum expansion in Madrid; the Kursaal Congress Centre in San Sebastián, Spain; and the Cathedral of Our Lady of the Angels in Los Angeles.

From 1985 to 1990, he served as chair of the architecture department at Harvard‘s Graduate School of Design. He received the Pritzker Prize in 1996 and the RIBA Royal Gold Medal in 2003.

“Moneo brings more than 50 years of architectural experience to his first-ever Miami project, and a body of work that spans the globe and has earned him architecture’s highest honour,” said the developer.

“Like the project itself, Moneo represents uncompromising attention to detail and a commitment to excellence, which will add to Miami’s growing reputation as a centre for architecture and design.”

The project is one of several by high-profile architects in Miami, which has become a hotbed of design. Others include the Grove at Grand Bay Towers by Bjarke Ingels Group and a trio of peanut-shaped towers by OMA’s New York office. SHoP Architects and West 8 have also conceived a new tech district that aims to turn Miami into “Florida’s Silicon Valley”.