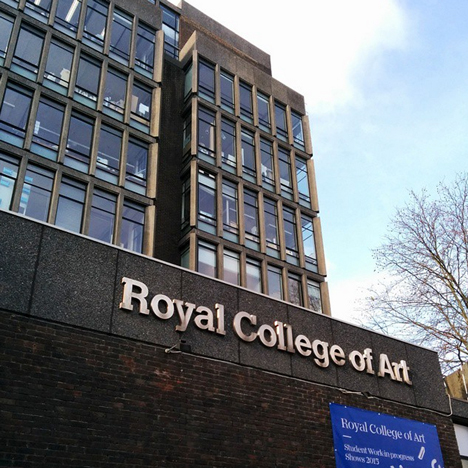 London’s Royal College of Art has been named as the top art and design school in an annual international ranking, and the Massachusetts Institute of Technology has retained the title of top architecture school.

It is the second year in a row that both schools have claimed the number one spot in these rankings.

The 2016 top 10 for art and design was largely dominated by US schools, with MIT rising to second place from fourth position in 2015.

The remainder of the top five were the Pratt Institute, School of the Art Institute of Chicago, Stanford University, Yale University and Italy’s Politecnico di Milano.

The top five architecture schools were largely the same as in 2015, with the UK’s Bartlett taking second place, University of California, Berkeley in third, Delft University of Technology in the Netherlands in fourth and Harvard in fifth.

QS bases its annual rankings on a combination of factors including academic reputation based on a survey of over 75,000 academics internationally, and employer reputation assessed in a similar manner.

Harvard and MIT were named as the best overall universities internationally, with the most top scorings across 42 subjects.

The announcements come less than a week after the RCA was granted £54 million by the UK Government to help extend its campus in Battersea, which already has a series of new facilities designed by UK architects Haworth Tompkins.

The postgraduate school plans to build a 15,000-square-metre campus development at an estimated cost of £100 million.

The school hit the headlines in 2015 following a series of staff changes and the suspension of its Design Interactions course at an estimated cost of £300,000. The course closure was blamed on the departure of key members of the school’s teaching staff.

Earlier this year it was revealed that Anthony Dunne and Fiona Raby were joining the teaching staff at Parsons design school in New York, after leaving the Design Interactions course last year.

MIT researchers recently unveiled a proposal to do away with traffic lights, while a team of students won a competition to design the transport pod for the Hyperloop – a conceptual high-speed transport network conceived by billionaire entrepreneur Elon Musk.