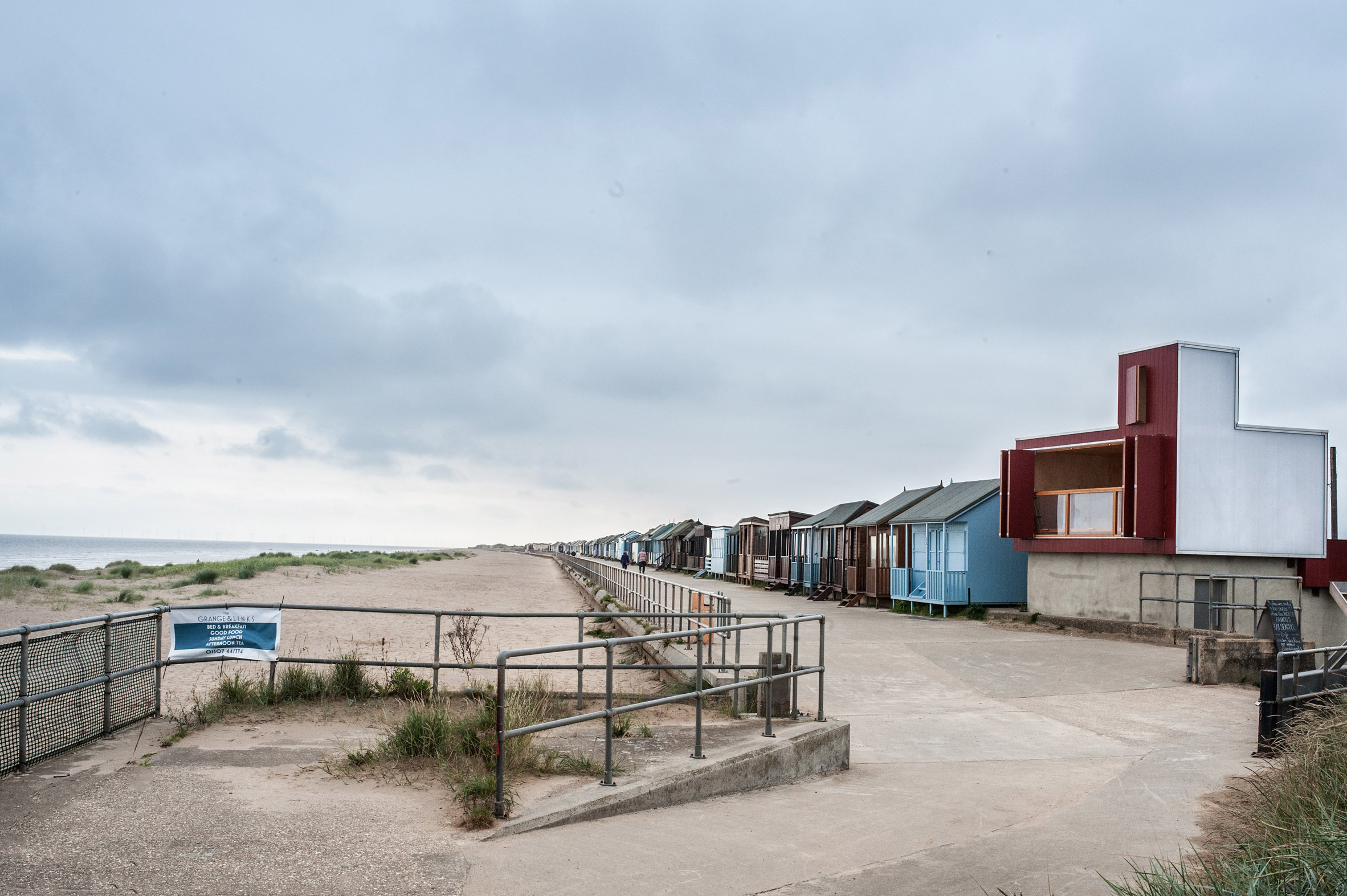 Jonathan Hendry Architects has built a beach hut clad in red-stained timber on top of an old toilet block in the English seaside town of Sandilands.

The London and Lincolnshire-based architects renovated and extended the small toilet block to provide a chalet on the sea front.

Located at the end of a row of beach huts, the existing toilet block had white rendered walls and a flat concrete roof.

The architects placed the extension on the upper half of the original building, with a volume that extends upwards like a small tower to act as a marker on the promenade corner.

“The language of the proposed beach hut mimics the stepped facade of the existing former toilet block with a box that projects from above the simple rectangular volume providing a marker in the landscape as the promenade turns the corner,” said the studio.

Red-stained timber boards cover three sides of the new structure, as well as the roof of the lower half of the toilet block. The colour was chosen to compliment the hues of adjacent brightly hued shelters.

The end facade is clad in opaque polycarbonate to allow plenty of light into the hut, while also retaining privacy from passersby.

“The unique form and identity of the proposals respond to the quirky characteristics of the existing building on this corner site and contribute to the tourist seaside character of the area,” said the architects.

Folding doors on the sea-facing side of the hut open up to allow views towards the beach  from the main living area. Inside, the upper part of the timber-framed windows folds down.

Two sets of foldaway timber ladders placed on the north-west and south-east of the building provide access to a platform at the rear of the hut.

From here, a door covered in red-stained timber opens into the kitchen, living and dining space. The walls, floors and ceiling are clad in birch-faced plywood, which also makes up kitchen cabinets running along the rear wall.

On the ground floor, the existing part of the building is occupied by a toilet, shower and boat store.

14 of the best contemporary beach houses and seaside holiday homes

Photography is by Anete Lusina.