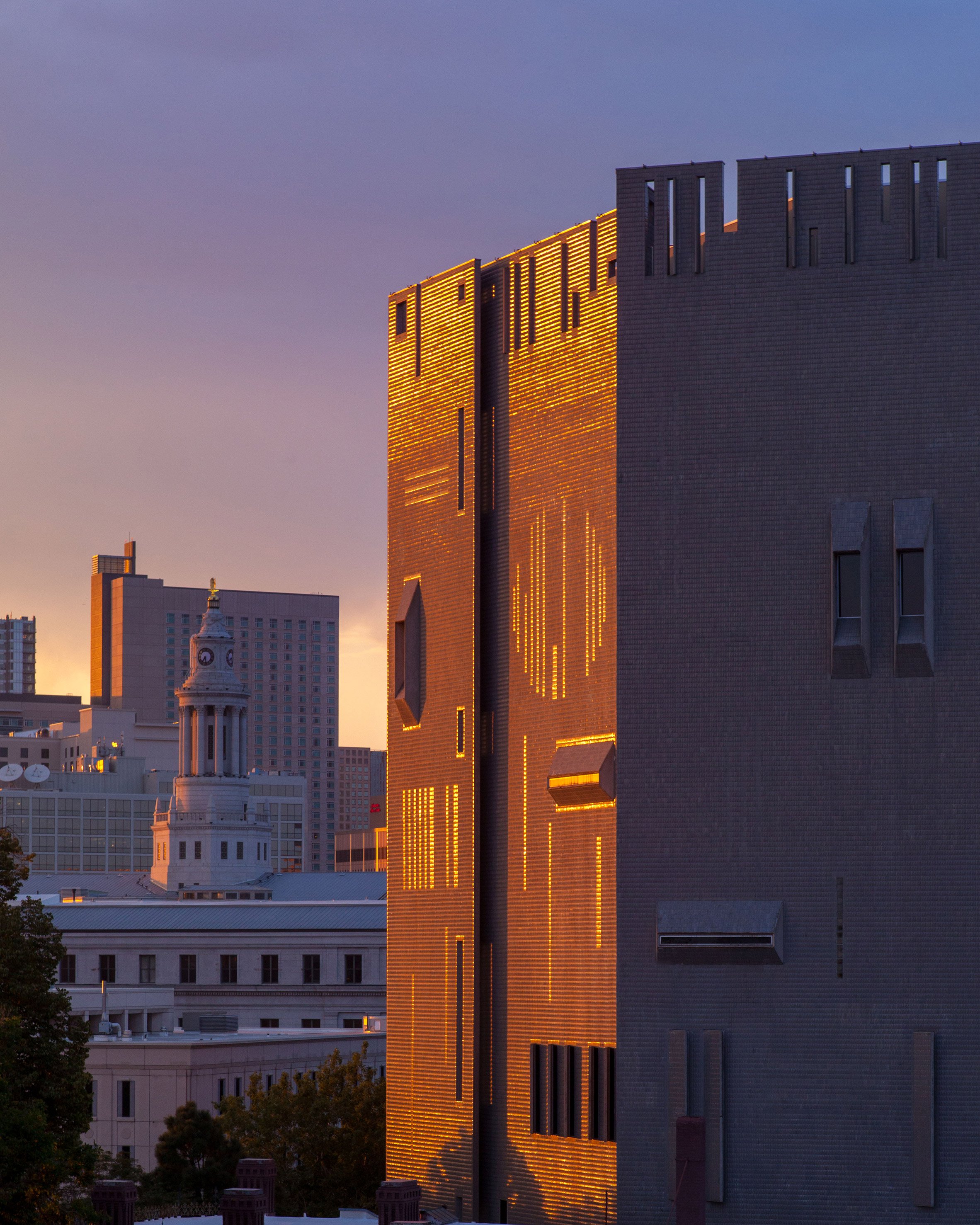 Machado Silvetti Architects and Fentress Architects have been hired to revitalise the Denver Art Museum, the only North American building by famed Italian designer Gio Ponti.

Completed in 1971, the distinctive museum – dubbed the North Building – rises seven storeys and is regarded as one of the first high-rise art museums, according to the team. It is located in downtown Denver, Colorado.

Often referred to as “castle-like”, the 210,000-square-foot (19,510-square-metre) building has an irregular form that consists of 24 different sides.

The exterior walls are clad in over one million reflective glass tiles and are punctured with various-shaped apertures.

The museum is the only completed building in North America by Ponti, known for such works as the 1958 Pirelli Tower in Milan, which was Italy’s tallest building until the 1990s. Ponti, who died in 1979, was also a celebrated industrial designer and the founder of Domus magazine, in 1928.

The renovation – which entails a number of upgrades – will be designed by Boston-based Machado Silvetti Architects and local firm Fentress Architects. The team aims to stay true to Ponti’s original vision as much as possible.

“The Denver Art Museum is really a one of a kind institution, and they are in love with their Ponti building,” said Jeffry Burchard, a Machado Silvetti principal, in an interview with a Colorado radio station. “To them it’s the most valuable piece in their collection.”

The project will fulfil an unrealised aspect of Ponti’s original design: visitor access to the seventh floor, which offers “sweeping views of the Rocky Mountains”, the team said. It also will streamline access to the Hamilton Building, a spiky, titanium-clad addition to the museum by architect Daniel Libeskind that opened in 2006.

Other aspects of the plan include exterior site improvements, updates to mechanical systems, and expanded galleries to accommodate the museum’s growing collection. The plan also calls for a new welcome centre and space for educational programming.

The building will be renamed the Martin Building in recognition of a $25 million (£20 million) gift from philanthropists J Landis and his wife Sharon Martin, the largest cash donation in the museum’s history.

“The revitalisation of the North Building will unify the Denver Art Museum campus, celebrate Gio Ponti’s iconic design and ensure the building’s relevance and stewardship for the next 50 years,” said Christoph Heinrich, the museum’s director.

When the Ponti building opened more than four decades ago, the museum’s annual attendance was 100,000. Today, roughly 700,000 people visit the museum each year.

However, the future of another Ponti building looks less optimistic. One of his most famous houses, located in Tehran, is facing demolition to make way for a luxury hotel.