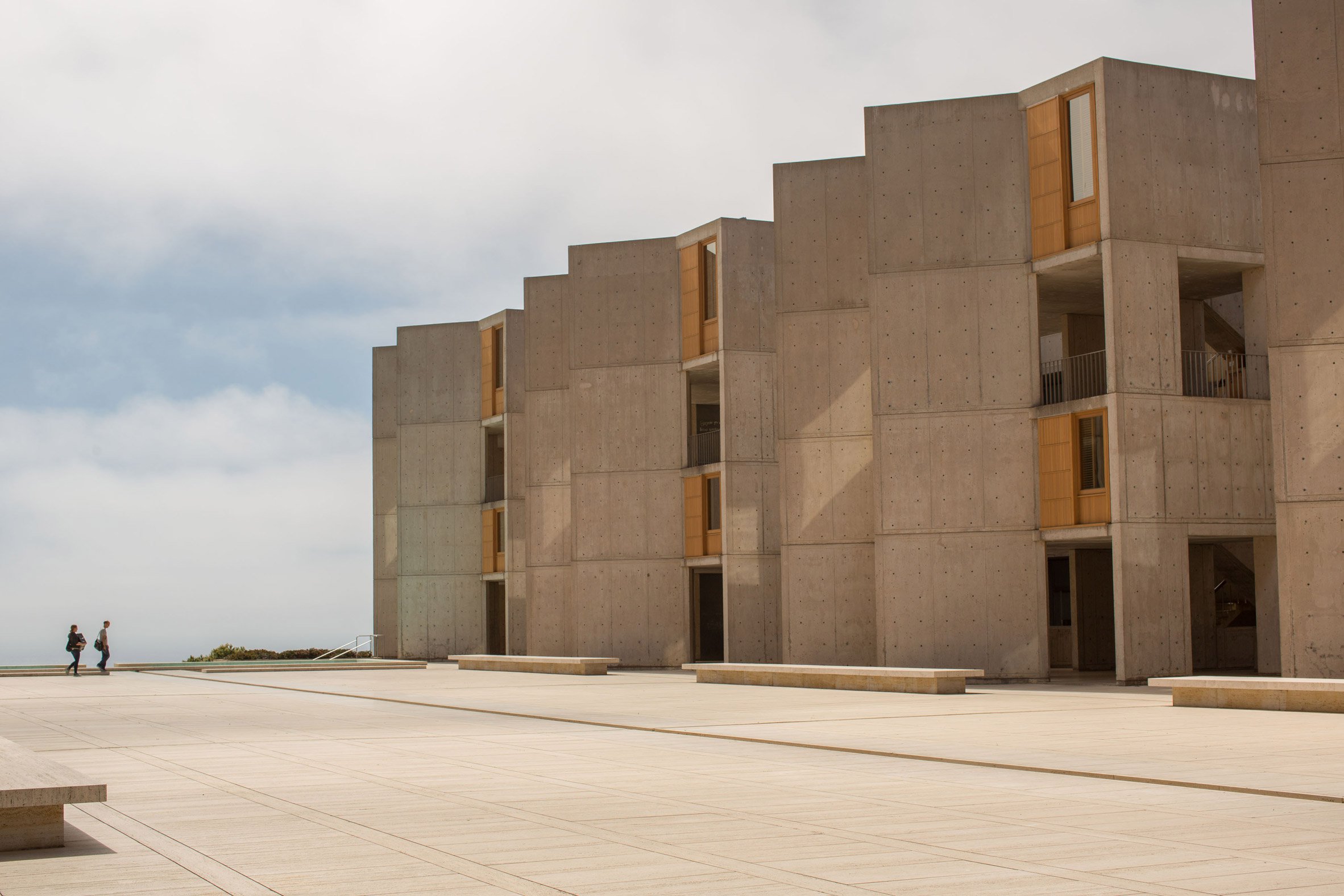 The Salk Institute’s worn teak windows have been cleaned up, repaired and replaced as part of the conservation of the coastal Californian laboratory designed by American architect Louis Kahn.

Kahn, one of America’s most important 20th-century architects, completed the Salk Institute for Biological Studies in 1965 for Jonas Salk, the American medical researcher who developed the first polio vaccine.

It contains housing, laboratories, offices and other research facilities in a pair of symmetrical six-storey concrete buildings that are divided by a stream of water.

The 203 teak wood structures form sliding window frames, louvers and shutters so that staff can control light and air.

The structures had severely deteriorated as a result of the location in La Jolla – a seaside community in San Diego that runs along the Pacific Ocean – and lack of artificial sealers and finishes applied to protect them.

Aiming to conserve as much of the existing features as possible, GCI carried out research to understand the extent of the damage and deterioration, and to determine the necessary repairs.

It found the growth of funghi, which turned the structures black, discolouration as a result of the application of sealants, moisture damage and insect infestation.

Minor repairs were made to most of the windows, like cleaning or replacing parts. Only in the most extreme cases was the entire window structure removed and a like-for-like alternative constructed and fitted.

In these instances, the duo also had to account for the detailing and customisation required for the many different sized openings.

“Restoration of the teak wood presented a number of challenges,” said WJE project manager Kyle Normandin. “The success of the project is that we were able to save so much of the original material.”

It provides a home in line with Kahn’s original intentions for the scientists currently working at the institute, researching the treatment of cancer, diabetes, birth defects, Alzheimer’s disease, Parkinson’s disease and AIDS.

“The GCI and partners have done a remarkable job,” added Salk Institute president Elizabeth Blackburn. “If Louis Kahn and Jonas Salk could see the building today, I think they would be overjoyed.”

The restoration of the building, which began in 2014, was funded by the Getty Conservation’s Conserving Modern Architecture Initiative (CMAI).

It will be followed up by a long-term conservation management of the buildings and the surrounding site that WJE has completed with London-based consultants Peter Inskip + Peter Jenkins Architects.

This project will be funded by a grant from the Getty Foundation’s Keeping It Modern initiative.

The Salk Institute is one of Louis Kahn’s most famous projects and was designated as a historical landmark in 1991.

Kahn, who died age 73 in 1974, developed a monumental and monolithic architectural style during his career in Pennsylvania, which became an influential force in the 20th century.

The late architect came 201st in the inaugural Dezeen Hot List ranking, following the major renovation of his building at Yale, which reopened last year.

His other notable projects include the Kimbell Art Museum that Renzo Piano extended in 2013, and his Freedoms Park in New York, which opened to the public 40 years after the design was completed.

Photography is by Elizabeth Daniels, courtesy of the Getty Conservation Institute.