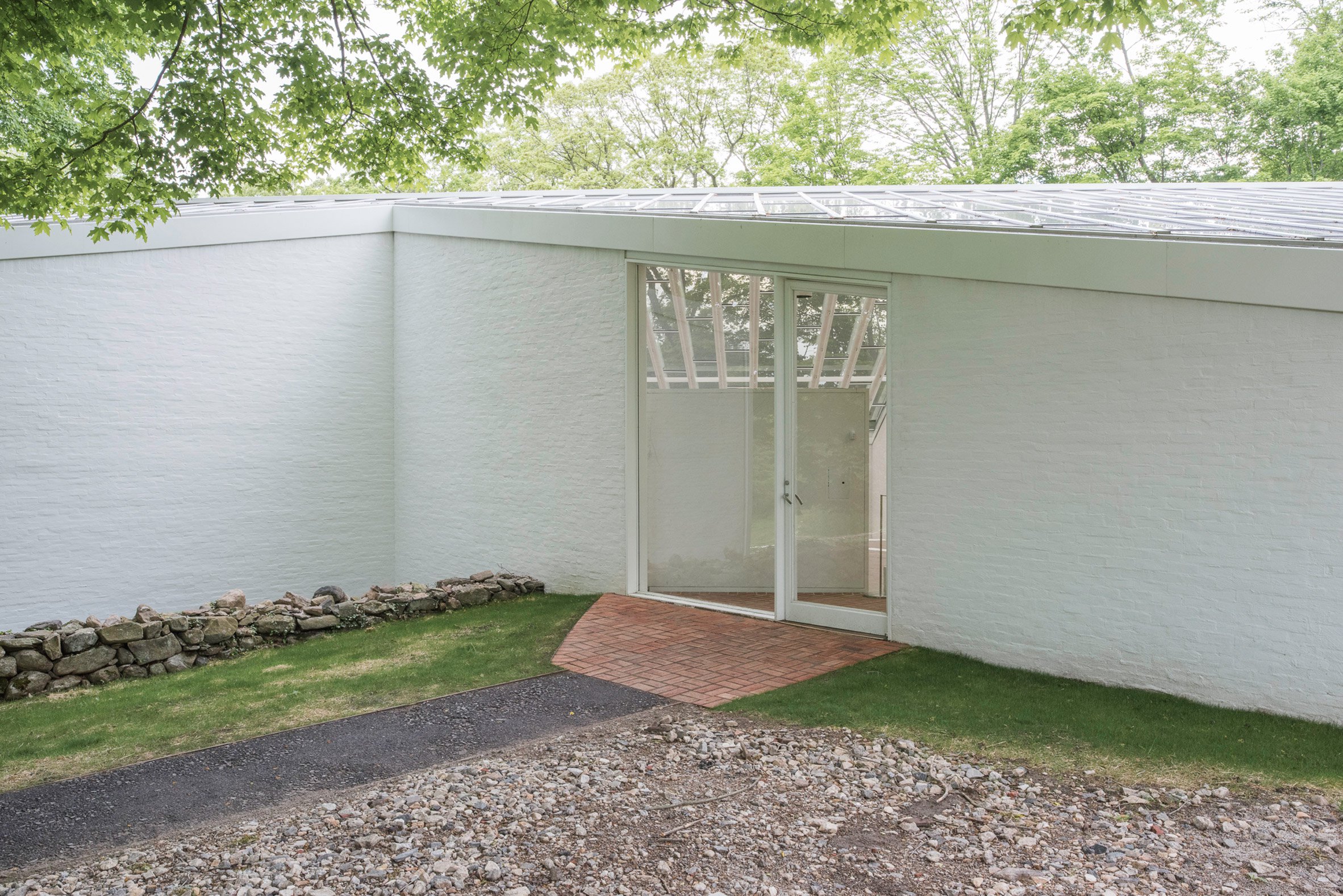 The sculpture gallery designed by American architect Philip Johnson in the grounds of his iconic Glass House in Connecticut has been restored to its former glory.

It took 10 months to finish work on the roof, structure and electrics of the building, which was completed by the late architect to house his growing sculpture collection in 1970.

The supporting tubular steel frame was repainted, along with the brick walls, and the cold-cathode lighting system was revamped.

Sub-grade waterproofing and electric heat units were also improved during the renovation.

Johnson based the building’s design on the many stairways found in villages across the Greek islands.

The plan is formed from squares arranged at 45-degree angles to each other, with stairs spiralling a series of bays that display the artworks.

“Sunny conditions reveal an extremely complex pattern of light and shadow in the building’s interior five levels,” said the organisation that oversees the Glass House estate.

“The structure so pleased Johnson that he seriously considered moving his residence from the Glass House to the Sculpture Gallery.”

The renovation was overseen by Philip Johnson Alan Ritchie Architects, with contractor Nicholson & Galloway, and supported by Oldcastle BuildingEnvelope.

The sculpture gallery is one of 14 structures dotted across the estate’s 49 acres (20 hectares) of land in New Canaan, which has been designated a National Trust for Historic Preservation site.

Johnson was one of America’s most influential 20th century architects, and was awarded the first Pritzker Prize in 1979.

Over the years, the architect used the grounds to undertake a series of architectural experiments, which has resulted in an eclectic collection of structures.

The Glass House remains of one his most important projects, and now hosts a programme that involves interventions and installations by some of the world’s most prominent artists.

This summer, Yayoi Kusama covered the building’s transparent walls in red polka dots and floated over a thousand mirrored balls on the lake below.

In 2014, Fujiko Nakaya engulfed the building in dense clouds of mist.