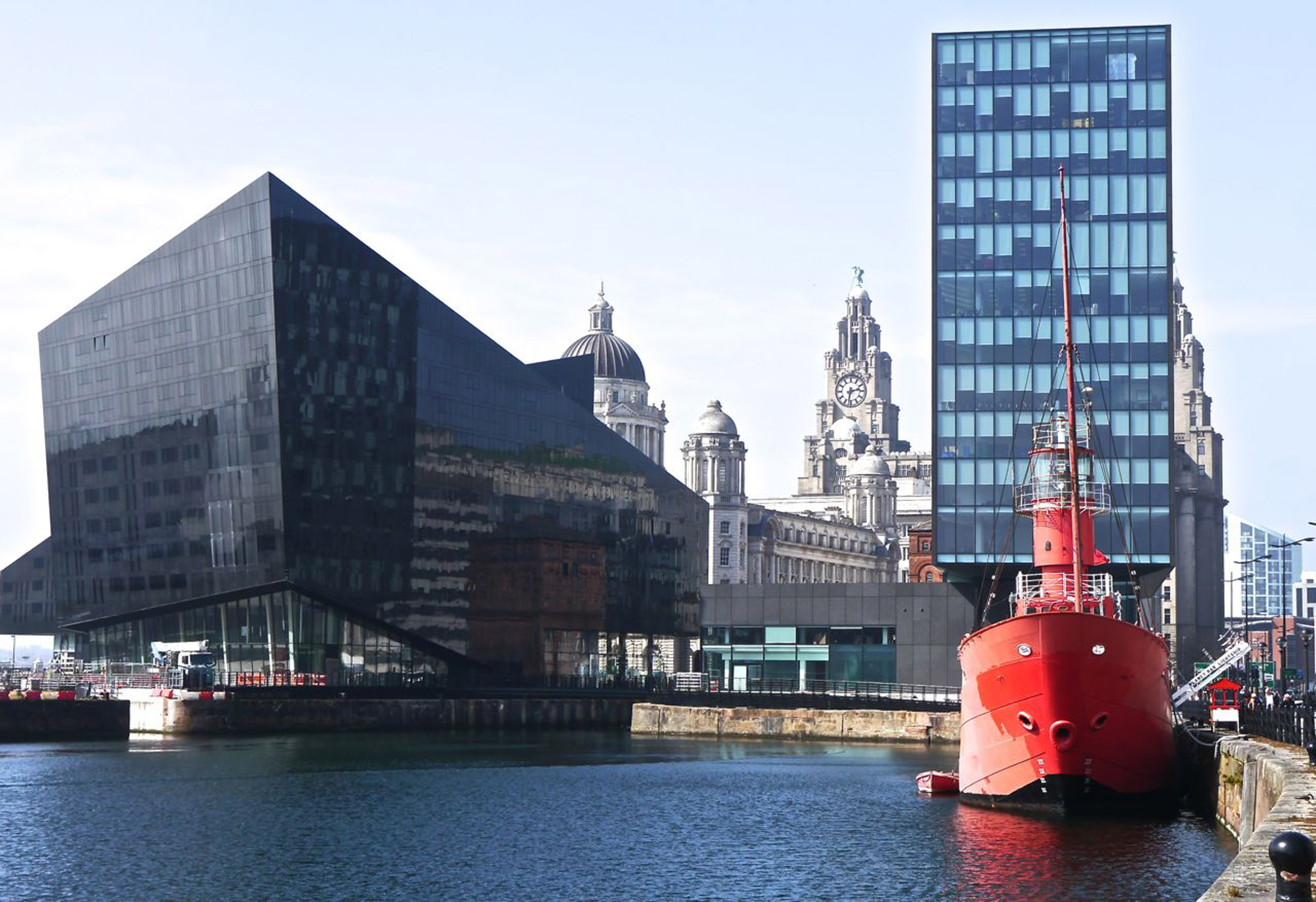 RIBA has revealed its new Broadway Malyan-designed architecture centre for northern England, which opens on Liverpool‘s waterfront this summer.

RIBA North will be the Royal Institute of British Architects‘ first centre for architecture outside of London, where it is based at 66 Portland Place.

“At RIBA North, we have a building with museum conditions which will offer a magnificent opportunity to view RIBA’s world-renowned historic collections showing hundreds of years of the UK’s extraordinary architectural history,” said current RIBA president Jane Duncan, who will be succeeded by Ben Derbyshire later this year.

The centre – made up of galleries, a space for talks as well as a cafe and shop – will be split across a pair of low-lying blocks designed by London studio Broadway Malyan.

The two mono-pitched volumes are covered in black reflective cladding and set at right angles on a plaza behind the 3XN’s Museum of Liverpool, where they face the River Mersey.

“RIBA North will be in good company on our prestigious Liverpool Waterfront, alongside the Albert Dock and the three Graces, which since Liverpool City Council moved into the Cunard Building has come alive with new tenants and staff,” said Liverpool’s mayor Joe Anderson.

“We’re proud of our heritage in the city, which is why we have focused on bringing so much of it back to life, and I have high hopes that the RIBA’s presence in the city will increase opportunities to work with other cities across the Northern Powerhouse.”

The centre’s City Gallery will host a permanent exhibition of Liverpool’s architectural past and future, with part of the story told through an interactive three-dimensional model.

Known as the Digital City Model, it is also expected to become a professional tool for architects, planners and developers when looking at future projects.

The centre will also roll out a programme of temporary exhibits showing drawings, photographs and prints from the RIBA archive, which date from the 15th century to present day.

Over 30 drawings, models and watercolours, which have been restored with a £67,000-grant from the Heritage Lottery Fund, will be on show. Among the works will be a 1959 proposal by Denys Lasdun for the site of the city’s Catholic Cathedral.

Photography is by Edmund Sumner unless stated otherwise.