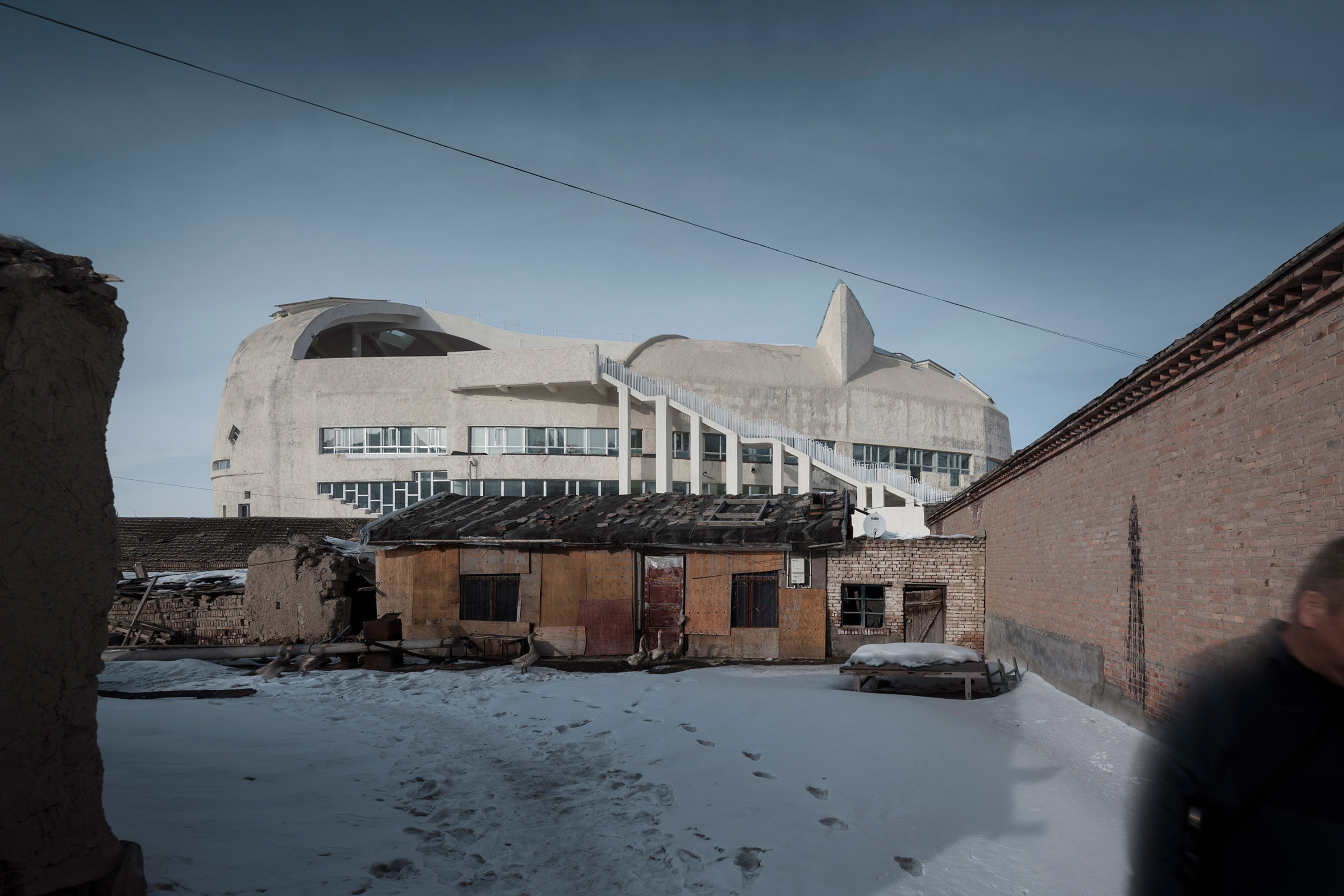 Dramatic curved walls and roofs incorporate skylights and wonky windows that provide views of the nearby mountains from inside this museum near the Chinese city of Ürümqi.

DongZhuang-Building Museum of Western Regions is located in the Tuoli Township, around 30 kilometres from the capital of the Xinjiang region in northwest China.

The building was designed by local firm Xinjiang Wind Architectural Design & Research Institute for a plot that was formerly occupied by a grain store.

The 7,700-square-metre museum incorporates a guest house with a private gallery, as well as several spaces for public exhibitions, research and activities.

The building’s form and materiality are influenced by the surrounding landscape, and by the need to offer protection from the region’s extreme temperatures, sand storms and snowfall.

The soft shapes with windows scattered across the surfaces also lend the building a freeform aesthetic that is intended to reflect the region’s cultural diversity.

“From afar, it looks like an off-white stone rolled down from the mountain, standing quietly and naturally in the open and vast Gobi Desert of Inner Eurasia,” said the architects.

“The texture of materials is highlighted on the building’s surface to obtain a natural completeness of a non-specific space.”

Openings and outdoor spaces are positioned to minimise exposure to the elements, with small windows incorporated into some of the surfaces.

A courtyard on the eastern edge is sheltered behind a thick cement wall. A staircase with looping white balustrades wraps around this space and extends along the outside of the building to reach a terrace sheltered beneath the complex roof form.

A tower at the northwest corner contains a garden slotted between a staircase and a water tower that provides migratory swallows with a place to nest in summer.

The interiors are intended to be flexible and naturally lit where possible. A basement room illuminated by a light well features a wall covered with locally made tiles laid in decorative patterns.

Photography is by Yao Li.

The post Rounded walls and textured surfaces lend Chinese museum appearance of a “stone rolled down from the mountain” appeared first on Dezeen.