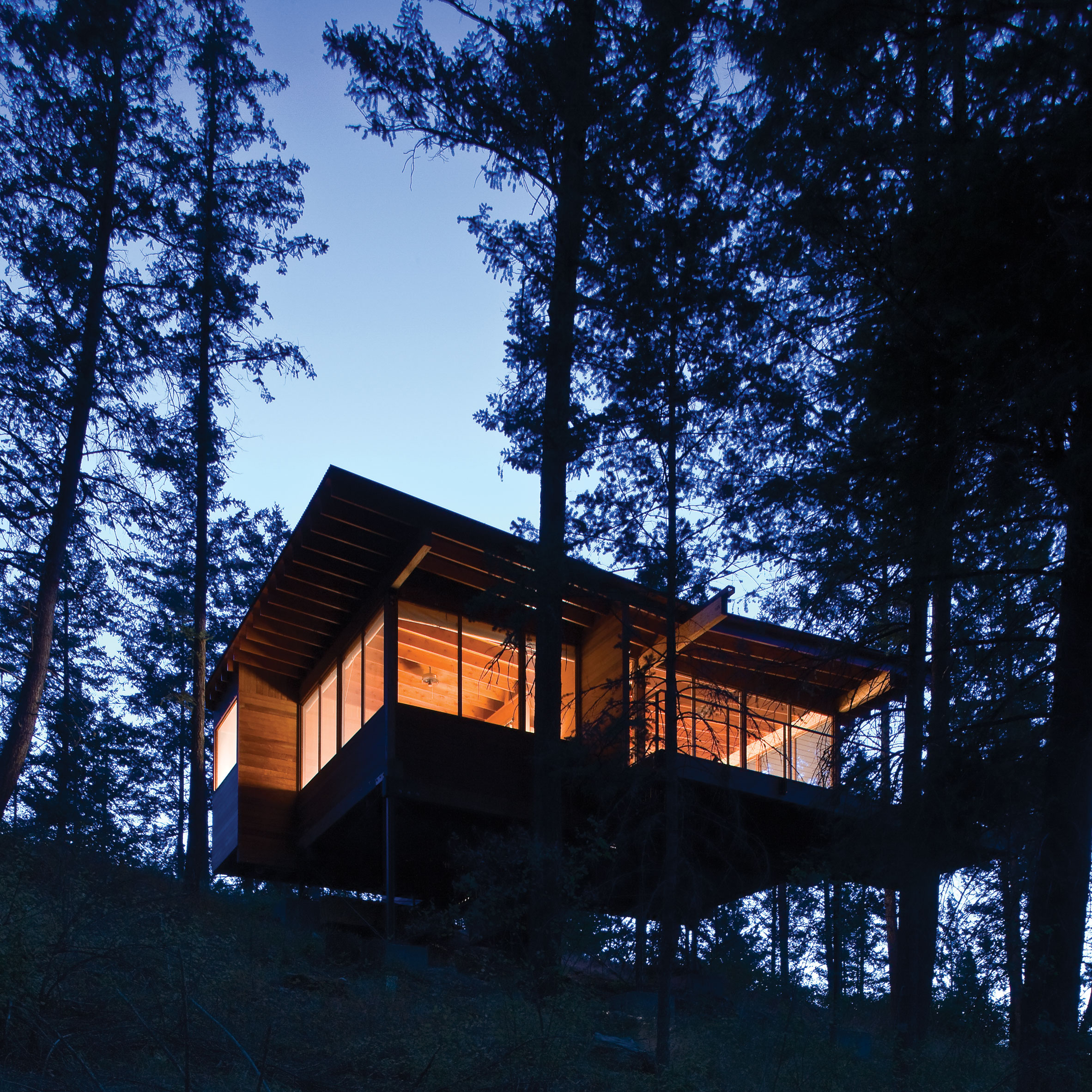 Texas firm Andersson-Wise has completed a rustic wooden cabin in the state of Montana that is raised on stilts to provide views of a nearby lake.

The single-storey cabin is entirely made of wood, and is capped with a butterfly roof – its eaves are pitched towards the centre of the house rather than towards its periphery.

The cabin is set into the side of a natural rock formation that enjoys privileged views of Flathead Lake.

“It is a place to observe the natural world: the lake, the surrounding ponderosa pine forest, and especially the eagles and ospreys that nest nearby,” said Andersson-Wise Architects.

To support the structure, the firm raised it on six steel columns that project out into the landscape.

The building is only meant to be inhabited temporarily. As the cabin has no heating or cooling system, it can only be used at certain times of the year.

Montana house by HUUM sits beside the Yellowstone River

“Amenities are sparse but not neglected: a small kitchen, bathroom, and shower allow guests an overnight stay,” said the architects.

Visitors enter over a bridge on the western side of the house. To the north of the rectangular home is a living room enclosed by screen walls.

A central core comprised of a compact bathroom and kitchen separates this area from the bedroom, which is located to the south.

The eastern facade of the house is occupied by an expansive balcony that looks out onto the landscape.

The architect’s intention was to merge the living room and exterior deck. “The living area’s open floor plan and wood slat floors extend outside,” said the firm.

The material palette is comprised of solely wood, which was used for the cabin’s structure and cladding.

The front entrance to the house is marked by a large barn-style door that slides horizontally.

The American west is known for its rugged terrain and natural beauty. Other projects in the area include a home in the neighbouring state of Idaho raised 12 feet (3.65 metres) above the land to avoid flooding and a mountain retreat that wraps around a boulder in Wyoming.

Photography is by Art Gray.

The post Rural Montana cabin is built on a granite cliff over Flathead Lake appeared first on Dezeen.