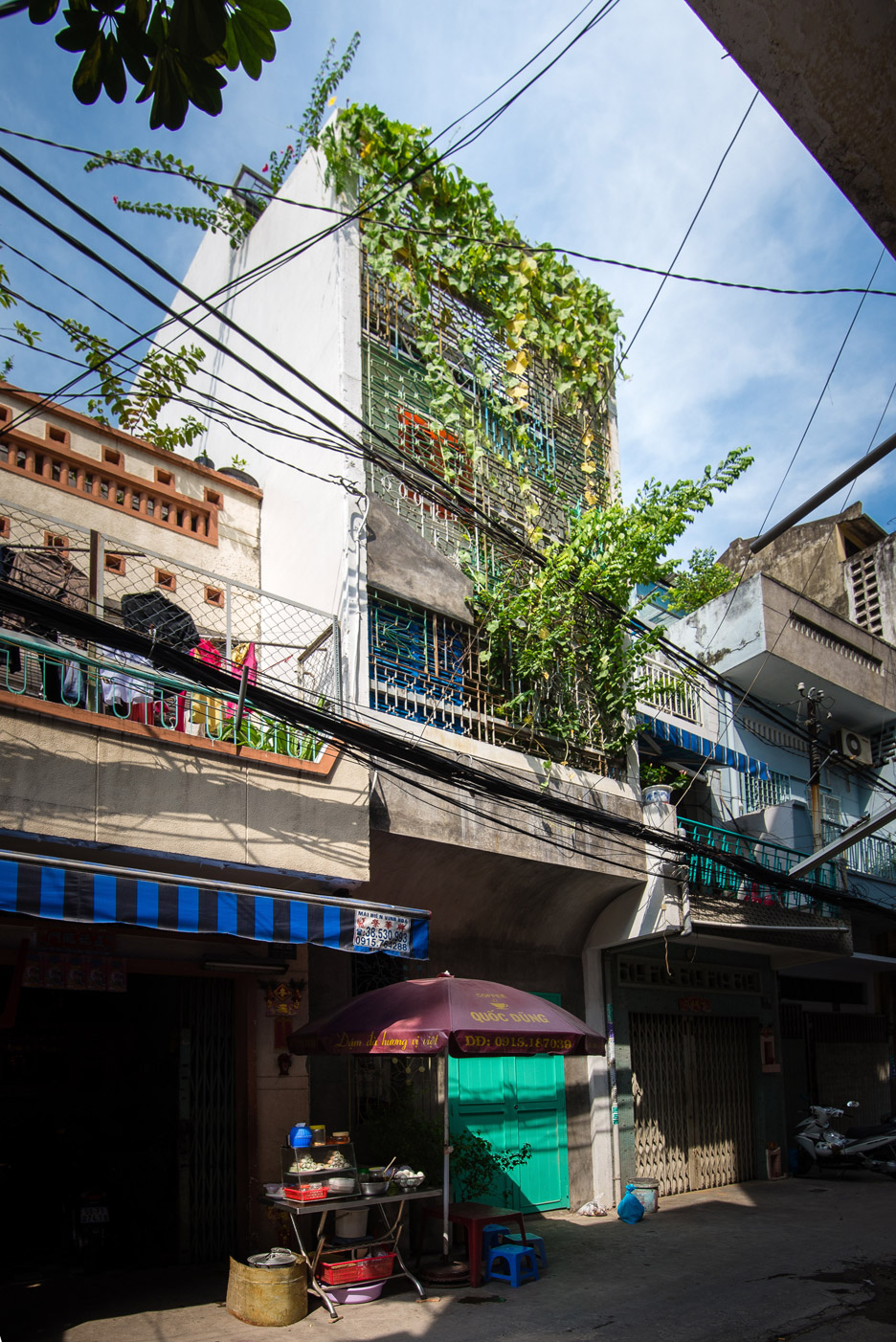 House-shaped rooms are connected by staircases and bridges inside this three-metre-wide house in Ho Chi Minh City, which was named House of the Year at the World Architecture Festival last month (+ slideshow).

Named Saigon House, the four-storey property was designed by Vietnamese office a21studio to provide a family home for the client and her children, but with enough room for her parents and siblings to stay.

Her main request was for a traditional Saigon home – referencing the name of the Vietnamese city prior to 1976 – as opposed to the western-style homes that have become popular in there.

She also requested a space reminiscent of the house mentioned in the mythical tale of Van Duong Phu, a famous collector of antiques whose unfulfilled dying wish was for his home to become a museum to inspire future generations.

“Inspired by the Van Duong Phu story, she would like this house to be the place where she can share her memories about the furniture and stuff she has collected to the kids, so that they know how to cherish the place where they grow up,” said the architects.

“Therefore, the kids are the main factors that we aimed at,” they said. “We would like to make a place with a strong Saigon characteristic, so that they can be familiar with this place.”

This inspired a design where every room in the house is modelled on a small dwelling, and the ground floor becomes a terrace where the family gather together. In this way, the whole building becomes a vertical village.

“Saigon used to be characterised by sloped roofs, courtyards and flowering balconies,” said the team. “It is also well known with alleys that are full of blocks coloured in rich materials.”

The narrow three-metre-wide plot meant the layout has to be fairly simple. Rooms are located on four different levels, but there are plenty of double-height spaces to allow light to filter through from high-level windows and balconies.

A tree in the heart of the building reinforces the idea of the ground floor as being like an outdoor space, where the family gather for meals. A kitchen is tucked away in the space behind.

A large net overhead create a play area for the children, visible from almost everywhere else in the building.

Bedrooms occupy rooms on the upper levels. Both these and the ground-floor rooms are filled with reclaimed furniture collected by both the owner and a21 studio.

“Besides the beauty of old things, we also found the spirits of the second-hand stuffs,” said the team. “They have their own stories and reasons to reborn in the places where they are needed most.”

The project was named best house of 2015 at the World Architecture Festival last month. The firm also previously won the title World Building of the Year in 2014, for a colourful community centre.

Photography is by Quang Tran.

The post Saigon House by a21studio is filled with house-shaped rooms at different levels appeared first on Dezeen.